I love antiques like crazy - antique cars, tractors, furniture, prints and lithographs, tools and dishes.  I'm not so much a fan of antique power poles.

The electric poles that run through our sheep pastures are the originals, having been set in 1946.  Yes, that's 74 years of weathering and abuse by the elements.  Almost four years ago the power company determined that the poles could fail soon and should be replaced.  (Ya think?)

The cross arms rotted off decades ago and they mounted the wires directly onto the poles. 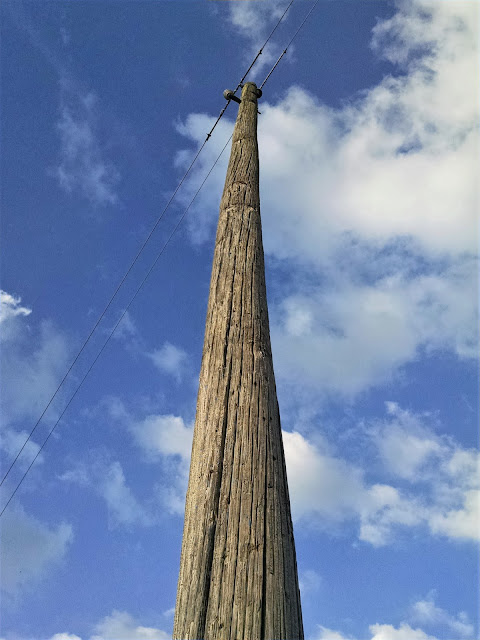 We are increasingly nervous about this situation.  Multiple calls to the power company representative for this area over the last couple of years to prod them about replacements yielded only vague promises that 'you are on the list - it should be a few months'.  Last month we climbed up the food chain a few rungs and discovered that the field man for this area had never even made a work order for doing replacements.  They assure us that a work number now exists and rattled it off to us so that we could call and check on the job's status, so I guess that's something.

The poles are hollow at ground level thanks to ants and rot. 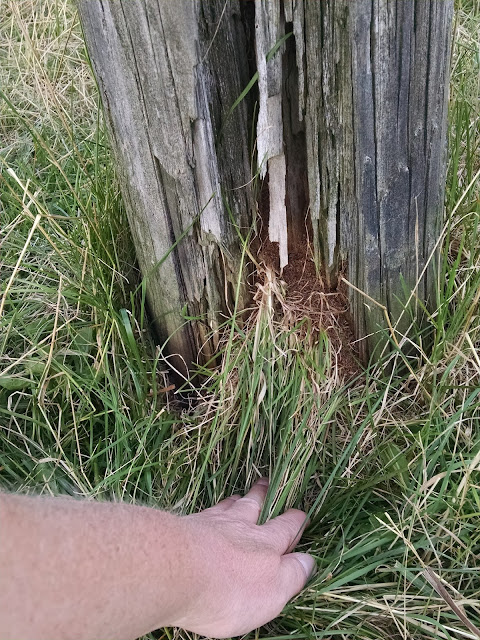 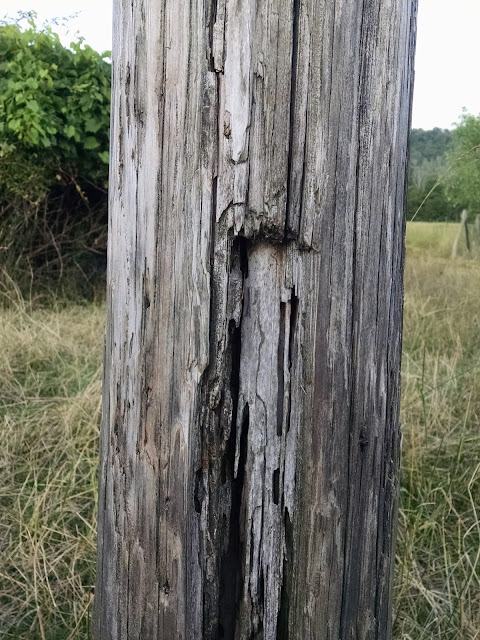 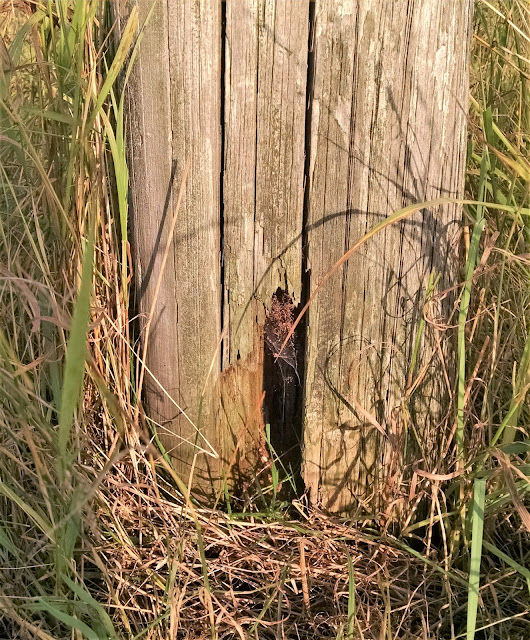 The center pole, without a guy wire, is taking a decided lean and is probably kept upright by the wires to other poles and Divine Grace. 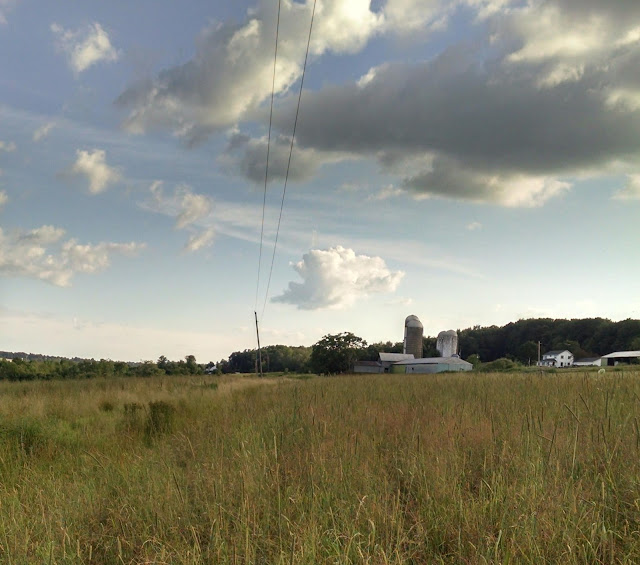 We've taken to bringing the sheep in from the field any time there's a storm with even moderate wind which is tiresome and nerve-wracking.  This is not something we can fix ourselves nor hire done so we just have to wait and remind them that they do NOT want to pay a lawsuit for electrocuted livestock.

We are patient people but this is getting ridiculous.
Posted by Sheepmom at 8:23 PM