Getting old can be tough whether you're human or a four legged critter.  Your teeth can give you trouble (or jump ship altogether), arthritis makes it painful to get around, it's hard to keep your weight up, your eyesight may fail and even your toenails get thick and hard to cut!  Hopefully you live where someone cares and tries to help make old age less of a hardship.

We offer "assisted living" for the oldest flock members. (Thecrazysheeplady in KY has Del Boca Vista for her geriatric friends).  If you are getting to an age where the other sheep push you around or you just need more time and better hay in the feeder you get moved here.  We even divided it further into two smaller groups because Pickles is a bully who punches anyone she can is assertive.  She's in a pen with girls that are bigger and don't take any guff, 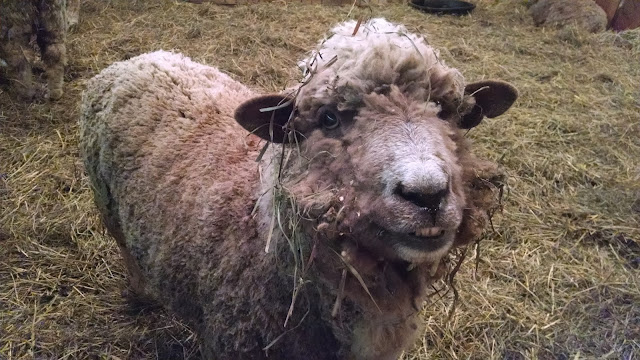 "I have teefers, they just wobble some." 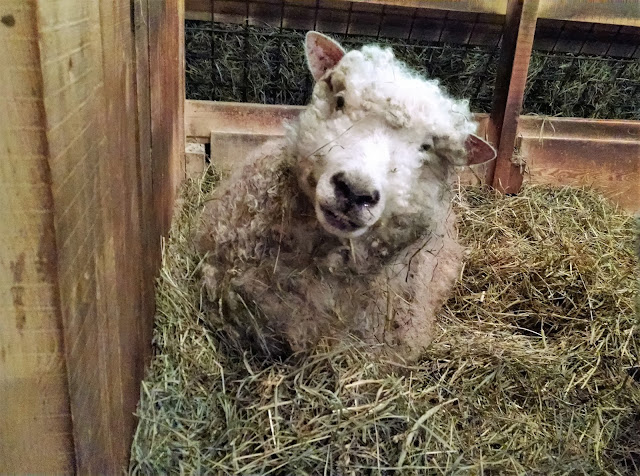 "I have teefers and a good appetite!"

With the passing of Drambui and Alexandria, Bug has recently picked up the unwanted title of 'most needy old ewe' by becoming quite arthritic in her front legs and having trouble getting around.  (Kind of like being the oldest man in the world -you don't really want the title but you don't want to give it up either!!!)    She's now on anti-inflammatories and we're hoping for a boost in her ability to get around without hobbling.

And Kittin is still in kitty assisted living in the wool shop.  She's fat and happy and impaired to the point that it's not safe to let her try to handle the rigors of being an outside cat.  But with the help of Aunt Julie's newest catnip toy she's trying to manage.  ;-) 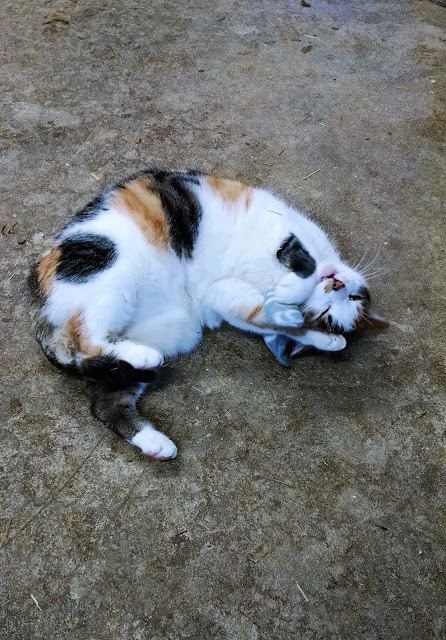 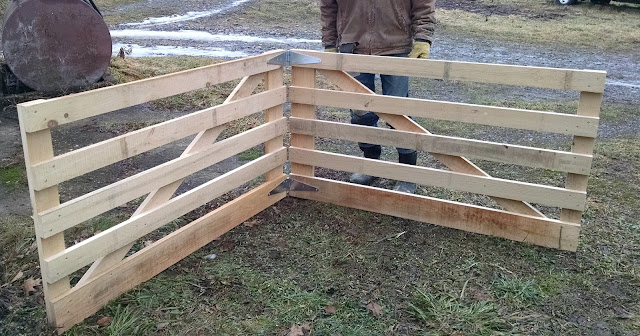 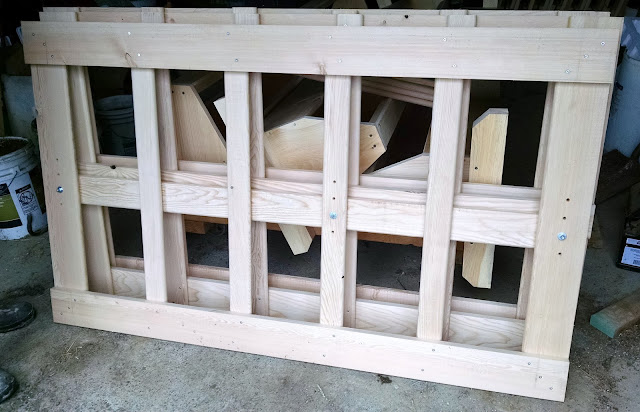 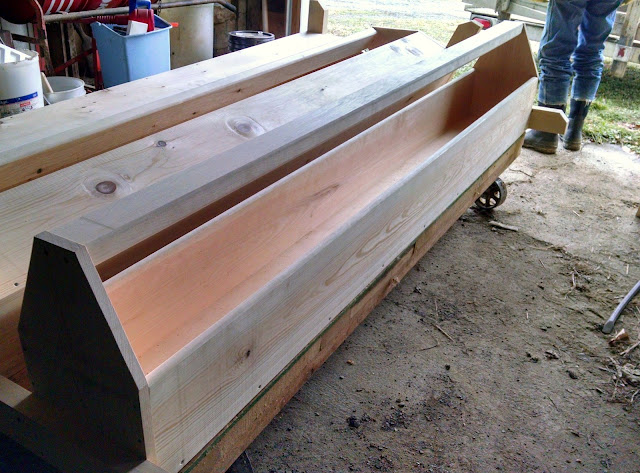 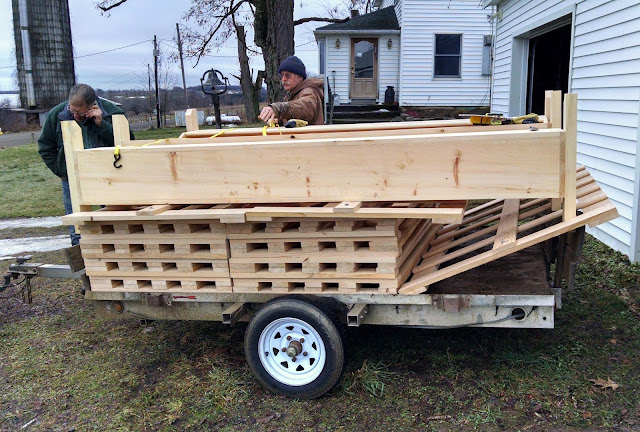 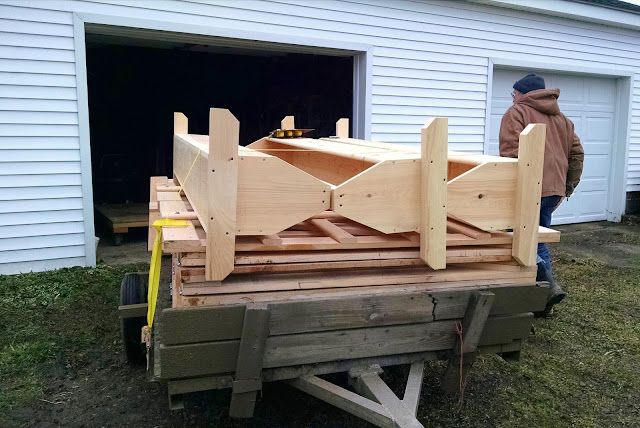 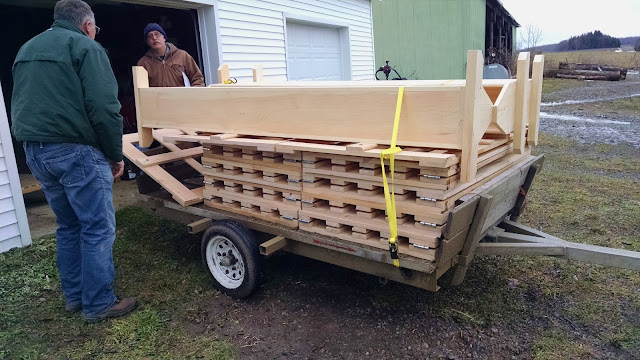 A great many lambs ought to benefit from safe and sturdy surroundings.
Posted by Sheepmom at 6:22 PM 4 comments:

Two grand old ladies left the flock yesterday.  Both had gotten very old very fast in the last few months and were becoming so crippled with arthritis that life was more of a chore than a pleasure.  They both passed gently on to greener pastures with the help of our good vet.  We'll miss their faces and friendly manners. 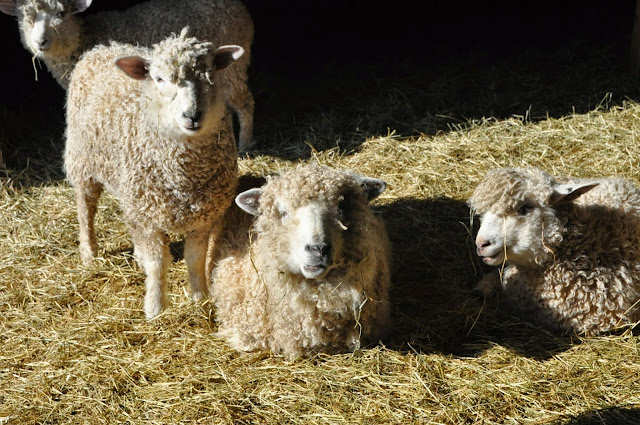 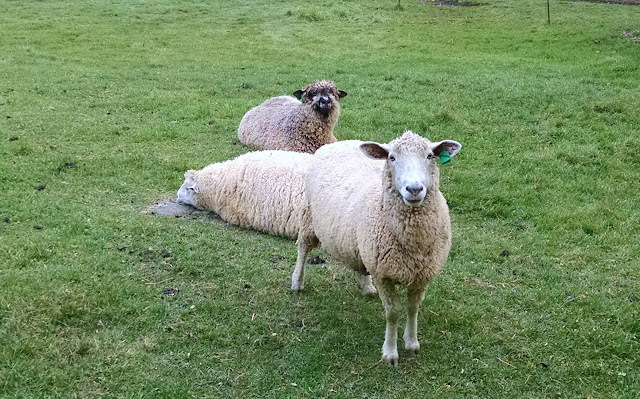