Sunday Stills - Going to the Dogs

Yeah, I know, we just did pets but this one is just dogs. It can be your dog or any dog. 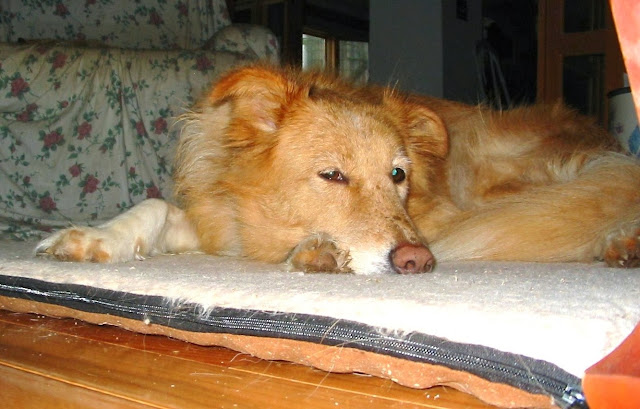 "Yes, I'm down here on the floor like a common dog.  Do you know why?" 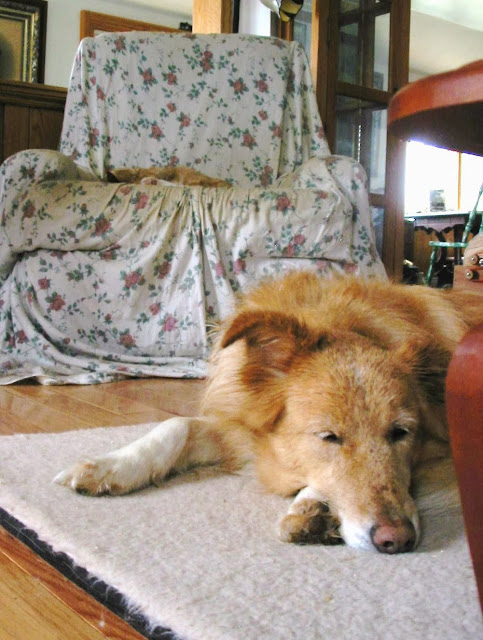 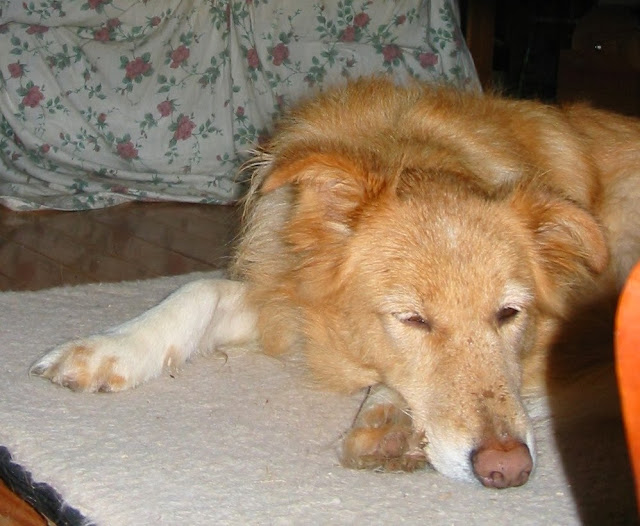 Sunday Stills - In Your Hand

For this weeks it's anything you can fit in your hand and the pic must include......you guessed it......your hand. 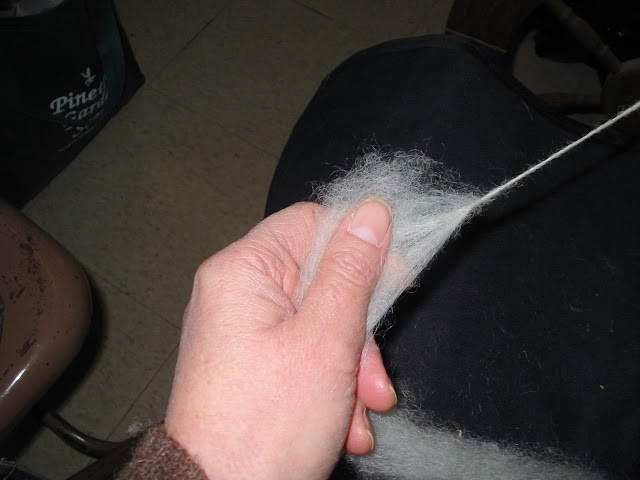 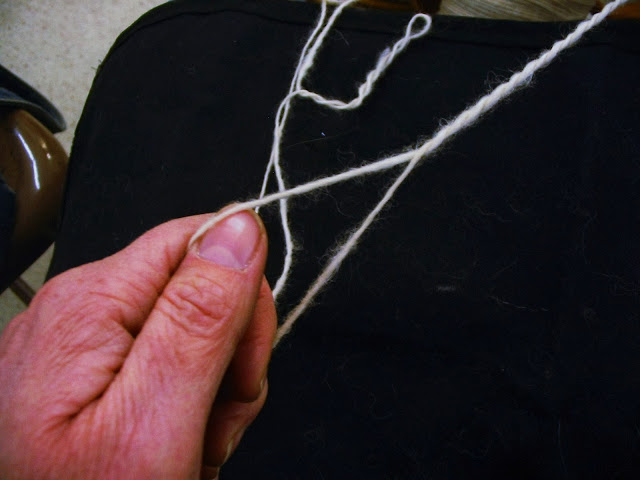 And plying it into a 2-ply yarn
The upper picture was taken with the flash.  The lower picture was done on manual.  On the camera display the second photo looked very similar to the first in color.  On the computer it looks much different even after I fiddled around to improve it.  Apparently a reasonably hale and hearty person is spinning and some old fart with crappy hands is plying :-/
At least the yarn is coming out nicely.﻿

OK, I'm telling myself it's "festive" but the cold and snow are wearing on me already and it's not quite the middle of December yet. 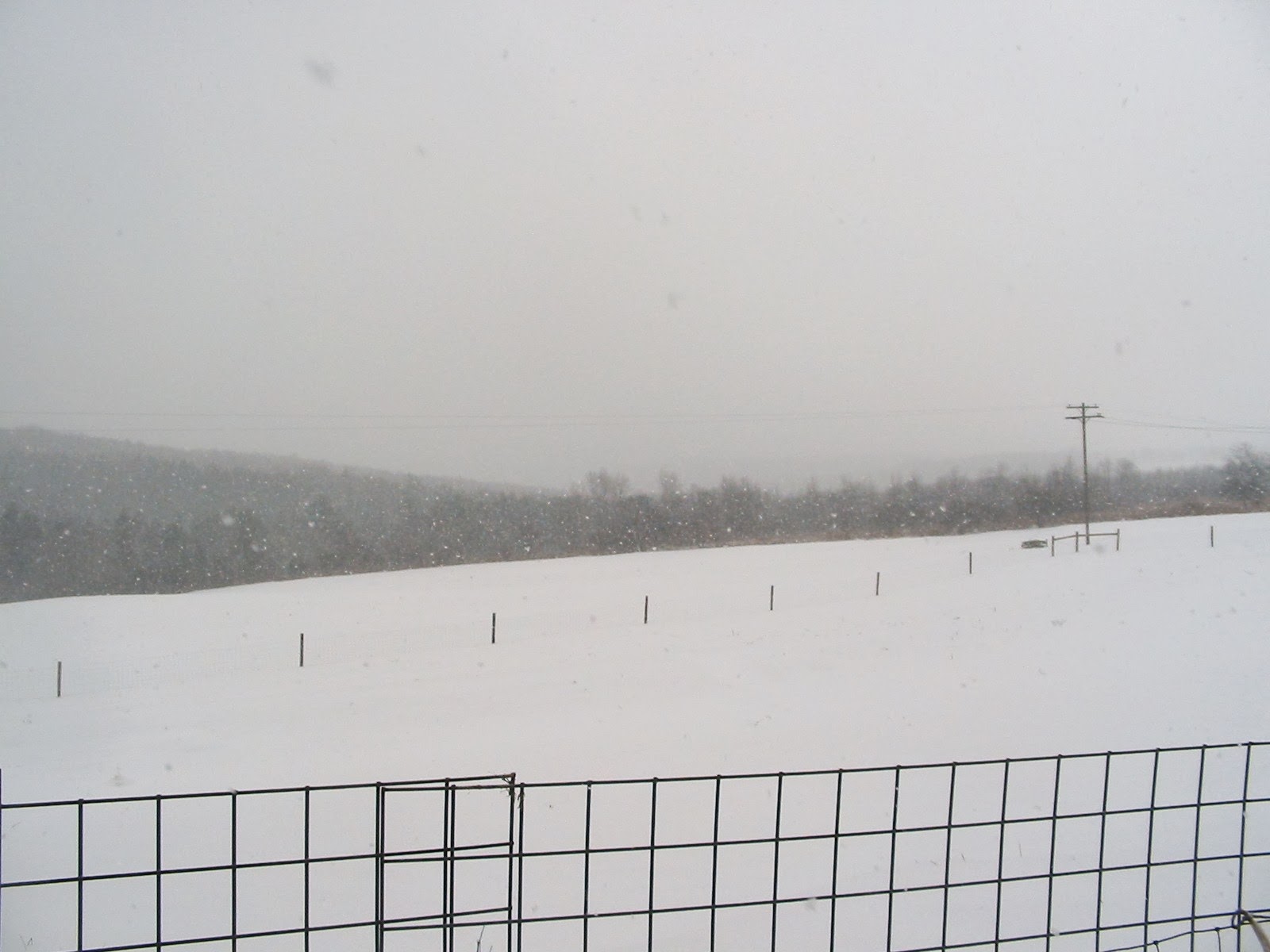 We are getting some lake effect snow from Lake Erie but it's nothing compared to the crazy-pants amounts falling east of Lake Ontario.  Last I heard towns such as Redfield and Lacona have gotten seventy inches (yes, 7-0 inches) and they are expecting a few more FEET daily for the foreseeable future. Yikes.

Our sheep are couch potatos who are more than happy to stay indoors eating and sleeping, having sheepy conversations with each other and not bothering to get up when I have to step OVER them......Bug! 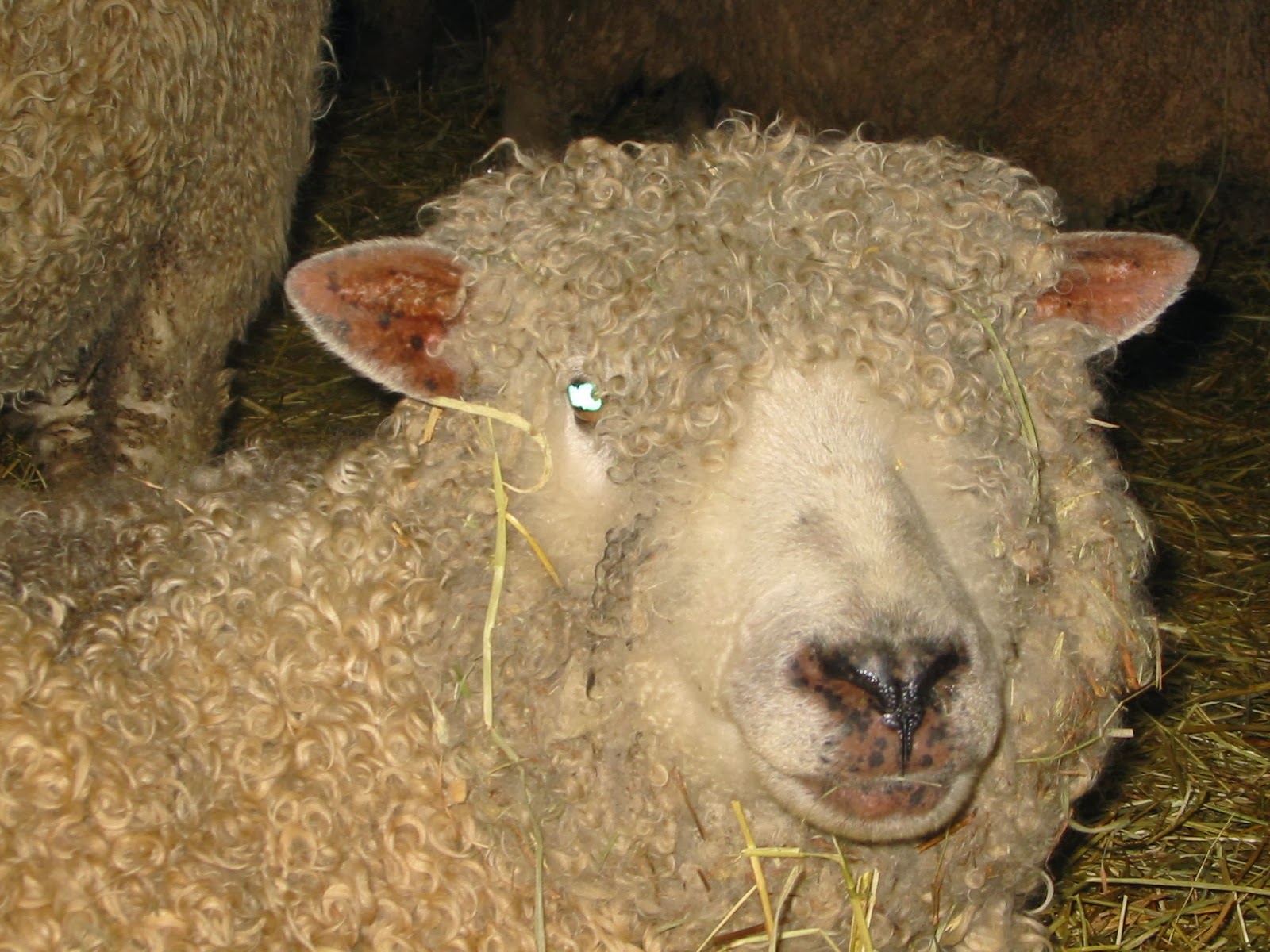 "It's called 'conserving energy'.  Sheesh.
Crumbles ventured out into the yard to nibble a little fresh snow.  Water buckets and tubs get filled four times daily (after breaking and scooping out ice - sigh) but snow makes a nice change, I guess. 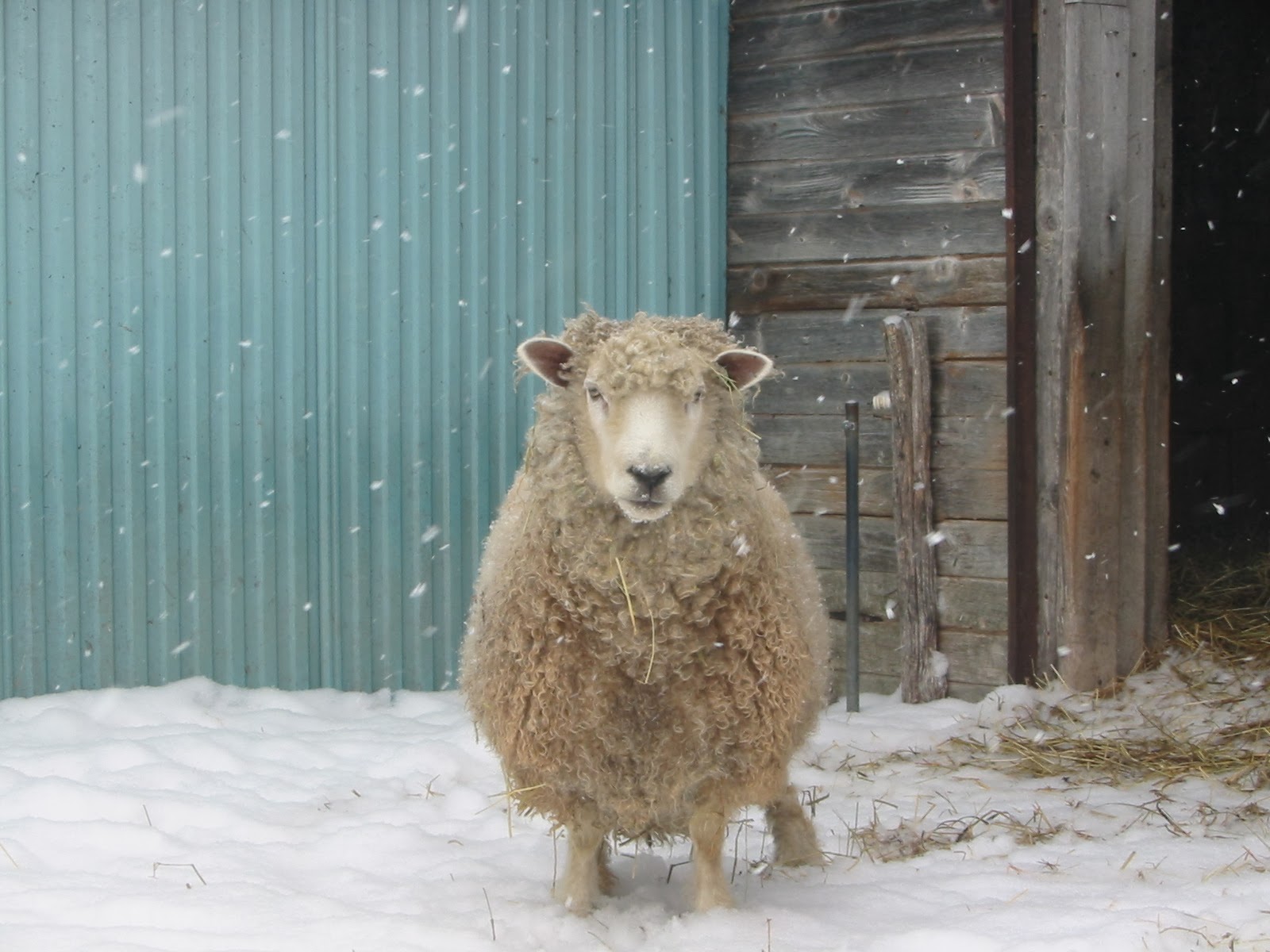 Kisses wanted none of it.  She looked out at us, pondered a minute and then went back inside. 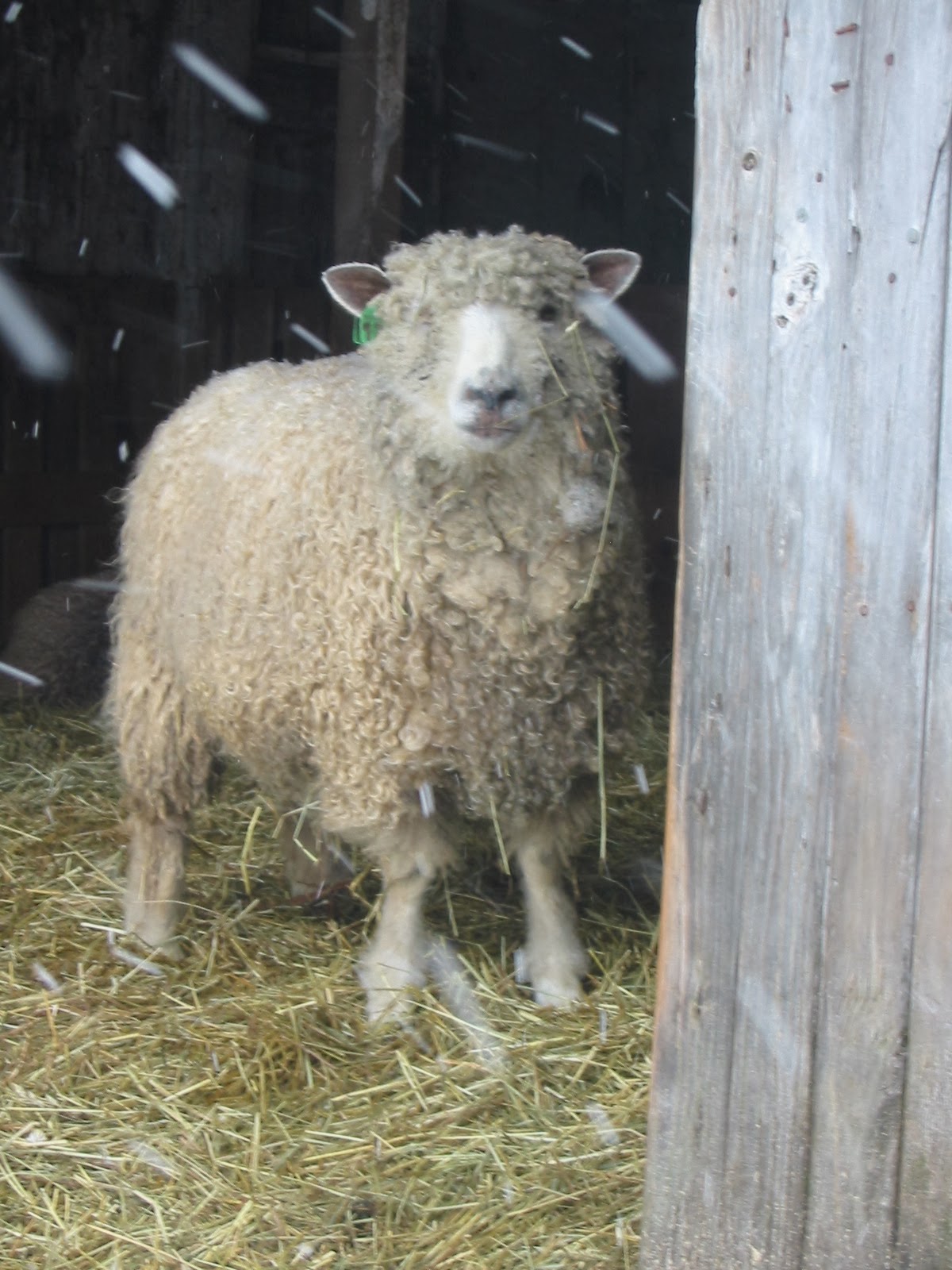 "Um.... you know it's snowing.... right?  And you're getting it on you.....  Just sayin'. "
The rams were taken out of the breeding groups at the end of November but we left the ewe groups separated as they were.  Keeping bred ewes quiet during early gestation improves retention of an early pregnancy and mixing the whole flock back together would surely have led to lots of roughhousing as ewes tried to re-establish their place in the flock.  It's more fiddly to feed and water each group but it's really less chaotic than having 70 ewes all run back in the barn at once trying to get to the "best" spot at the feeder.
The bottle babies and a few oldsters are housed together and get some grain. 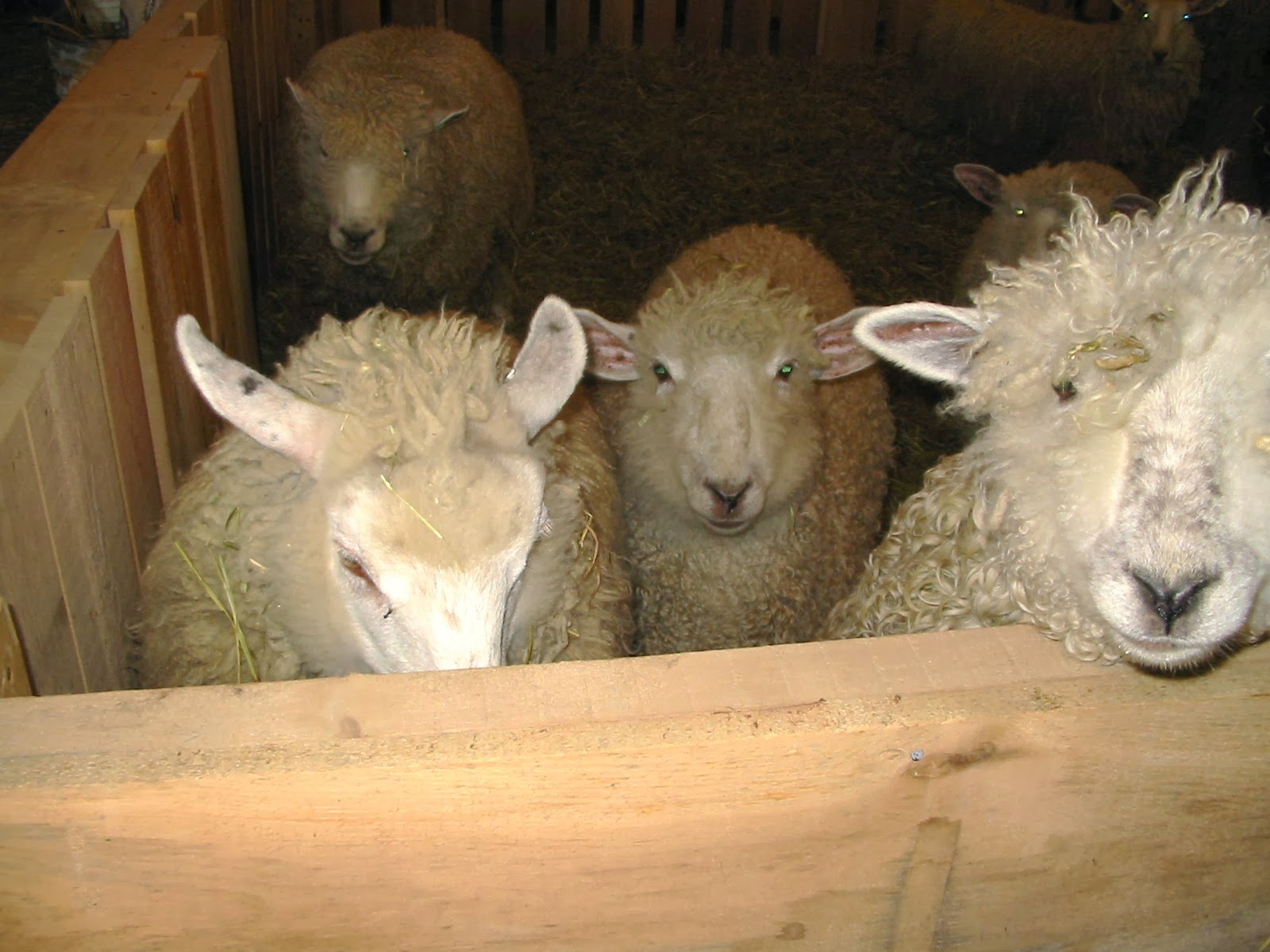 Daisy, Fortune and Flopsy popping up to say hi. Old Alexandria in the background.
﻿
﻿
Daisy is a bit of a brat and bosses her "sisters" around.  A lot.  She's also picked up the bad habit of jumping on people like a dog would.  I don't know where she got that.  We certainly never encourage that sort of behavior and yesterday she got bopped on the head with the handle of the sieve I use for scooping ice from buckets for jumping on me with my back turned.  Ha ha. Won't be so funny when I fall forward and break a wrist trying to catch myself.
﻿ 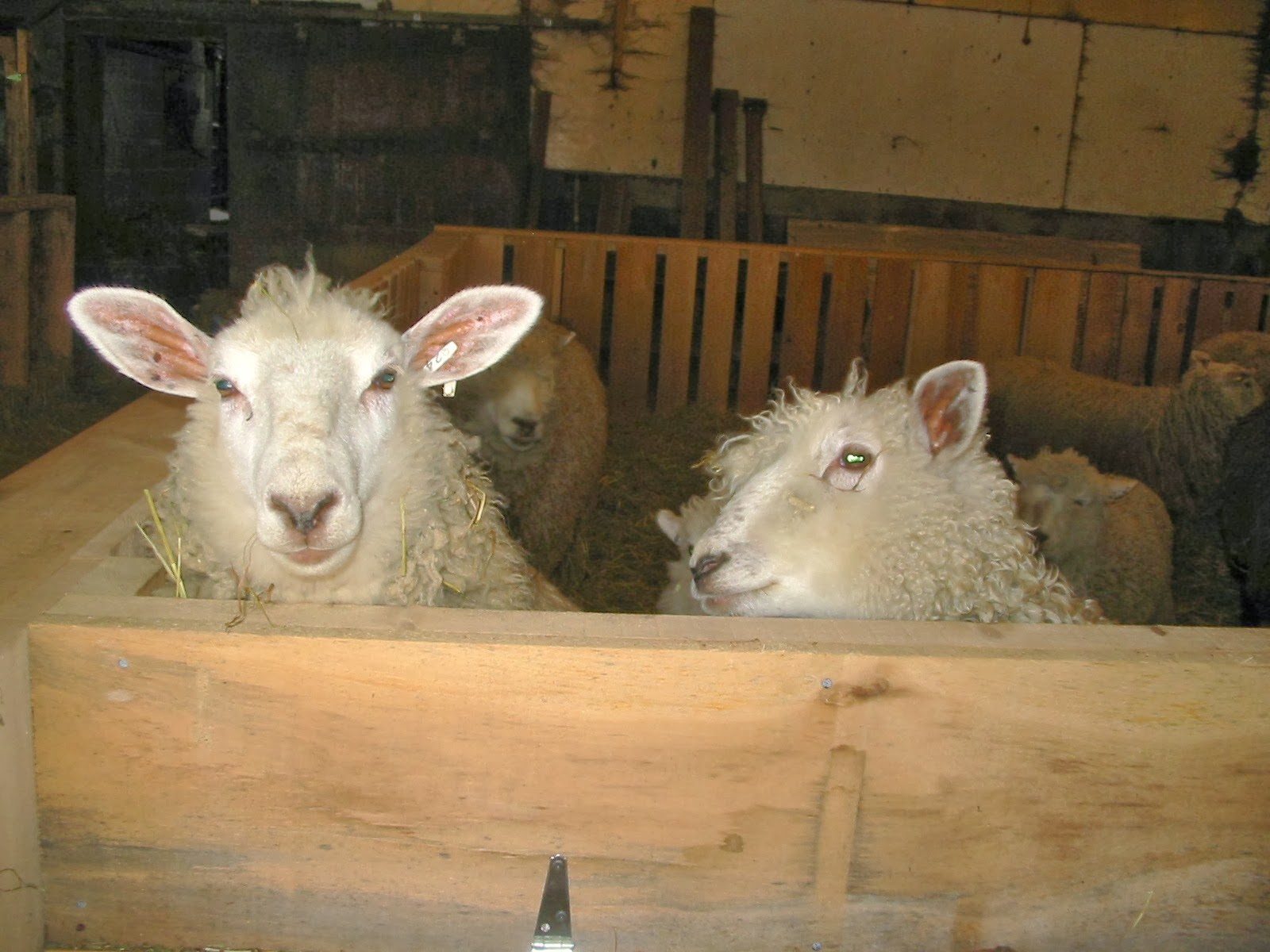 "Daisy, Mom says you were bad."
"Grown ups have no sense of humor.  Now buzz off, twerp."
The day will come before too long when pens are combined and Daisy will find out she's not as big as she thinks she is.﻿
﻿
﻿
﻿
Posted by Sheepmom at 3:17 PM 5 comments:

Sunday will be our 5th anniversary of Sunday Stills and that means our anual pet challenge.

Here's some found treasure - while on walkies with Holly today I remembered that my camera came with a card that didn't hold very many pictures and that I had bought a bigger one which I use all the time.  (Walking is a great way to let your mind percolate and sometimes the stray thoughts that bubble up are useful!)  I was pretty sure I knew where the card was - wonder of wonders! - so I got home and checked it out.  There are only a couple of pictures on it but they are such welcome finds.

This is Molly, Holly's predecessor, and a bottle lamb.  I'm not sure which lamb unfortunately.  It might be either Mouse or Raisin who are both long passed.  The date stamp is 3/29/2003 ! 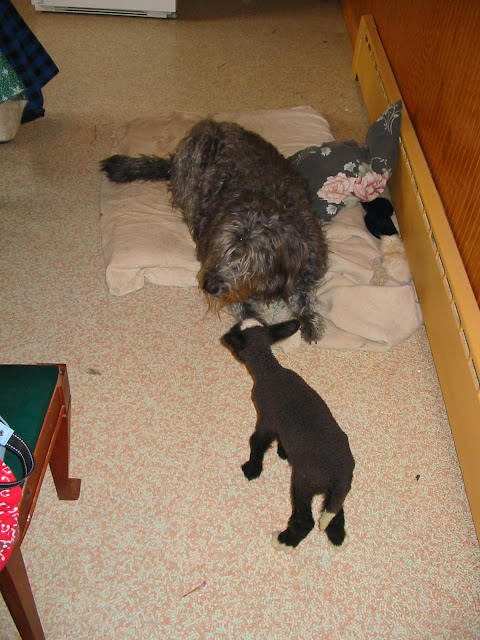 And also dated that same day is a Cotswold ewe and her lamb.  Again, I don't know who they are specifically, but it still gives me warm fuzzies to see them. 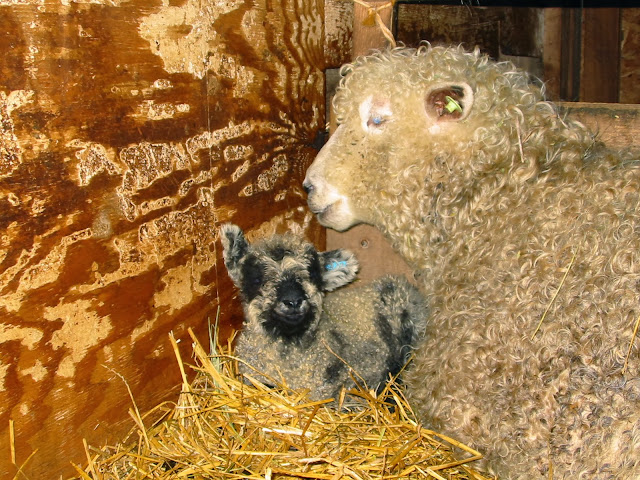 ﻿
I could do this challenge every week and not run out of material :-)﻿
Posted by Sheepmom at 2:36 PM 1 comment: 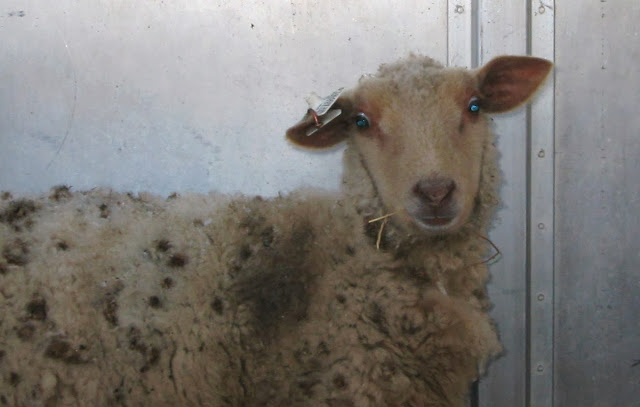 Little Burrnie is a rescue.  We are not in the habit of acquiring sheep in any fashion other than as necessity to further a breeding strategy, and exhaustive health testing is required before anybody sets hoof on the farm.  Burrnie had the misfortune to be brought home by "people" who were.... let's be very generous and say 'clueless'.  The situation was near enough that we observed it on a daily basis for many weeks.  Without going into detail about the people and local humane agencies suffice it to say that we couldn't stand it any longer and offered to trade some hay to feed the surviving cattle in exchange for the lone lamb.

We had him vetted and the blood work has finally come back - negative for all the dire diseases we usually check for.  Yay! I haven't mentioned him to hardly anyone because I didn't want to jinx the blood tests.  Yes, we're very logical and rational here.  After three weeks of quarantine on the livestock trailer he's been moved into a lambing pen in the lower barn.  He's already gained a good bit of weight since the day we got him and almost looks like a normal sheep. 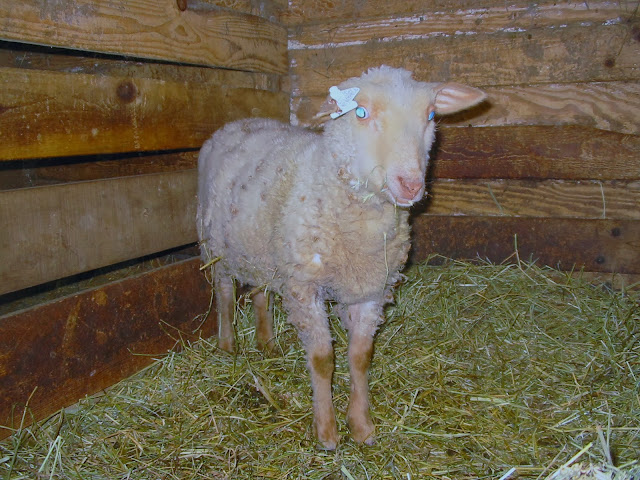 He is an intact ram lamb, probably about six months old and likely some cross with Shetland involved - clearly something very hardy :-/.  His face and legs have pretty cinnamon hair but his fleece seems white.  It's a terrible mess of burdocks and is starting to break due to severe "a-grocery-osis" but will be quite fine and soft next year.  He is very shy but took an instant liking to Nilla Wafers.  Thanks, crazysheeplady!  We'll keep him here for a while while we consider what to do with him.  I think he'd fare poorly in the ram barn.  Our ram lambs are three times his size. 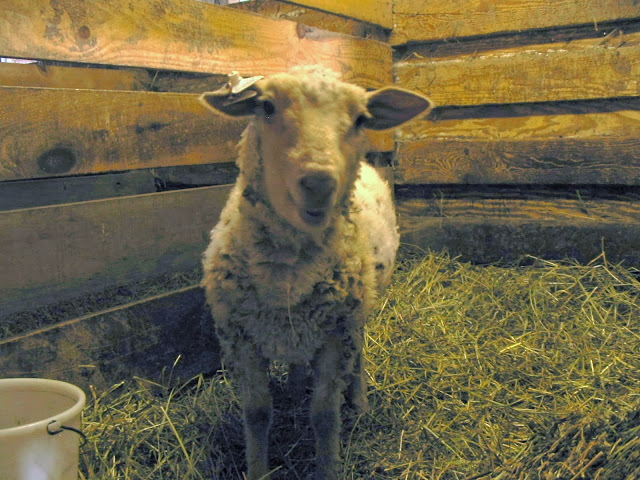 "Well, it's pretty nice here and the food is excellent but I'm still scared.  Everyone is so BIG!"
We are fervently hoping he's the only animal we ever need to rescue.  But at least now we can sleep at night.﻿
Posted by Sheepmom at 6:32 PM 13 comments: 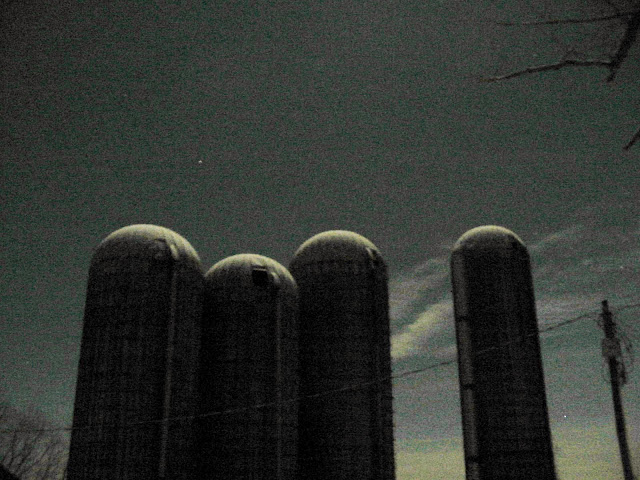 It's a bit grainy, but this was late last winter around 11 PM.  The moon was full, there had been freezing fog earlier and there was a fresh light snow on everything too.  The silo roofs looked like they were glowing so I thought I'd see what my point and shoot could do on a slow manual setting.  I like this especially since the two silos on the left are gone now.
Posted by Sheepmom at 5:46 PM 6 comments: