After scrubbing our first scheduled shearing because of a winter storm (winter storm 'Stella' which I have pictures of....in the phone...) we did get the first group of forty-one shorn yesterday.  We went through the flock and used the oh-so-scientific method of choosing those who were oozing out from under their coats the most. 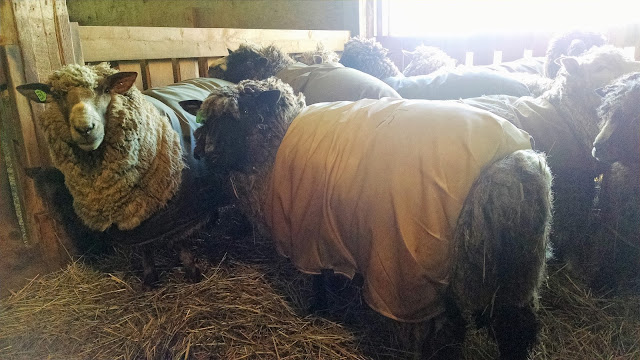 "What do you mean our butts are sticking out?  That's an awful thing to say."

We had penned those sheep the night before and gave them a very light feeding of hay so that full bellies wouldn't be more of an obstacle than necessary.  We moved ten or so at a time into the shearing area.  The sun came out periodically and it was much nicer than some shearing days have been. 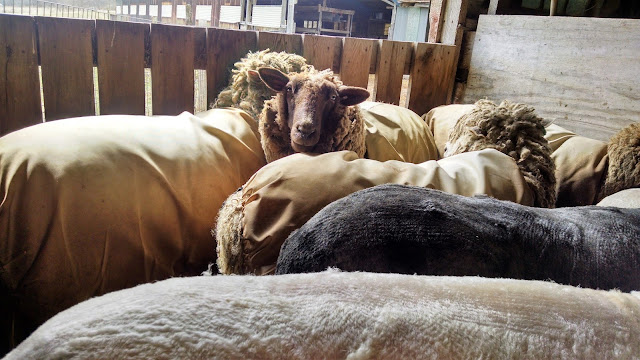 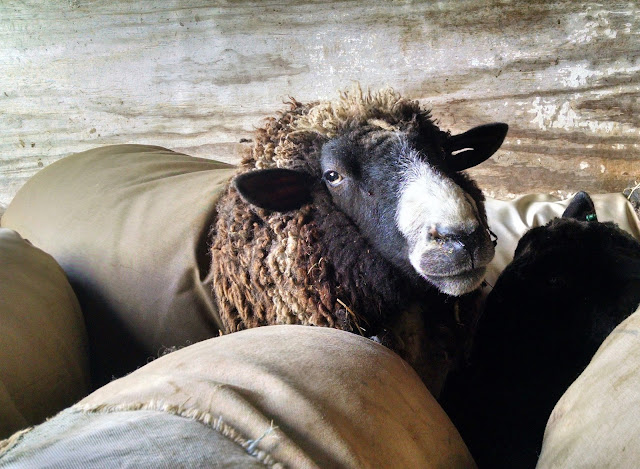 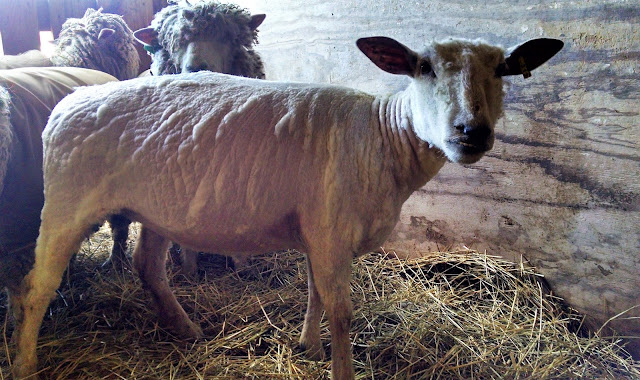 Snubby, looking a whole lot smaller with all that wool off.

The sheep waiting their turns watched with varying degrees of concern.  Most eyes and ears were on us. 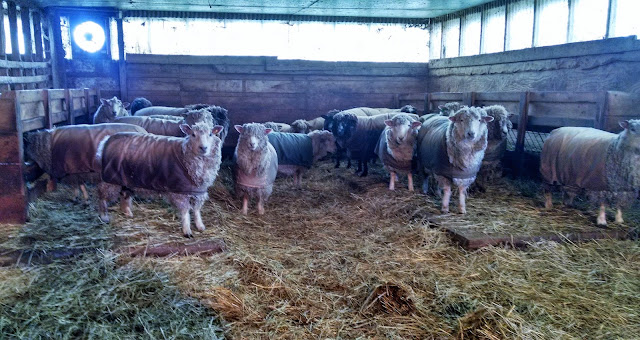 The fleeces this year seem much bigger and even prettier than usual.  We did have early hot dry weather last June and managed to put up better hay than in the past few years.  Coupled with the lack of weeks of deep cold I think the sheep put a lot more energy into wool production over the winter.  The thirty gallon trash bags I put each fleece in were very inadequate in several instances. 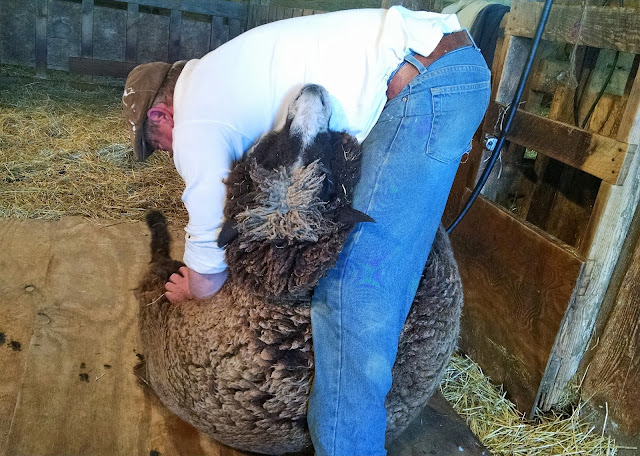 Mickey's sister, Minnie.  That's a lot of sheep to reach around. 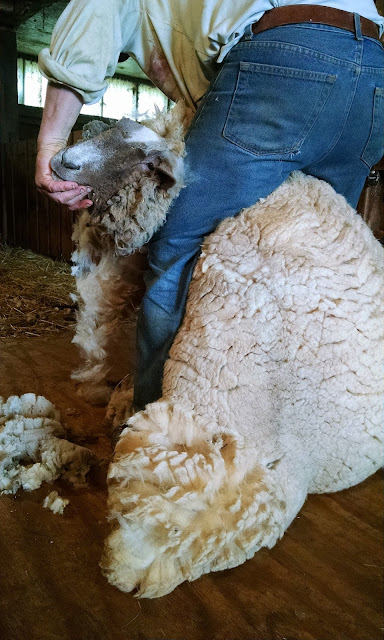 One of the Cotswolds - maybe Oleander.  We invested in a lot more sheep coats and put jackets on everyone, including all the Cotswolds, when we started feeding hay last fall.  So far, so good.  The ones we've shorn so far had no cotting although the curls initially looked kind of flat.  I think they'll perk up after being flopped out onto the skirting table and moved around.  Regardless, the wool is spotless so that's a huge plus. 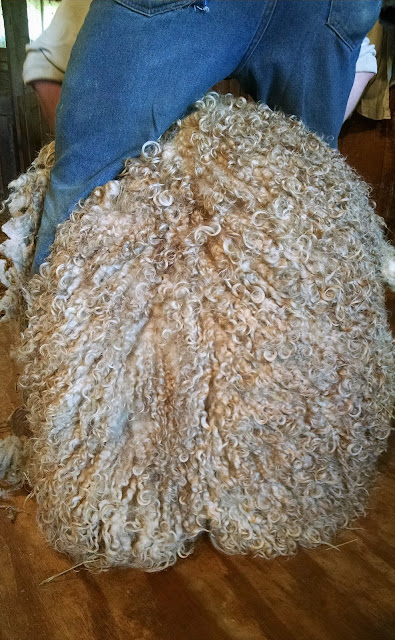 Who's that faded moorit? 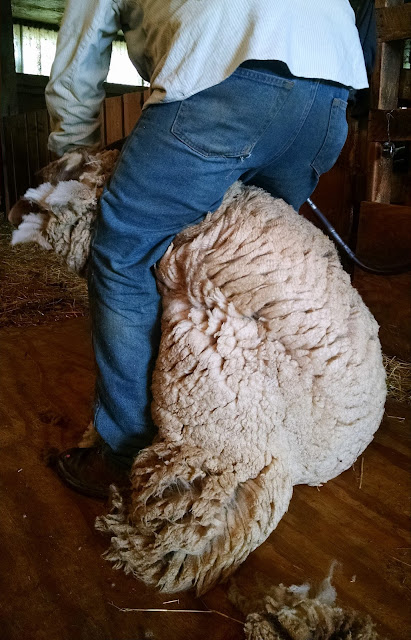 It's Carmel, whose fleece was dark last year like her face. 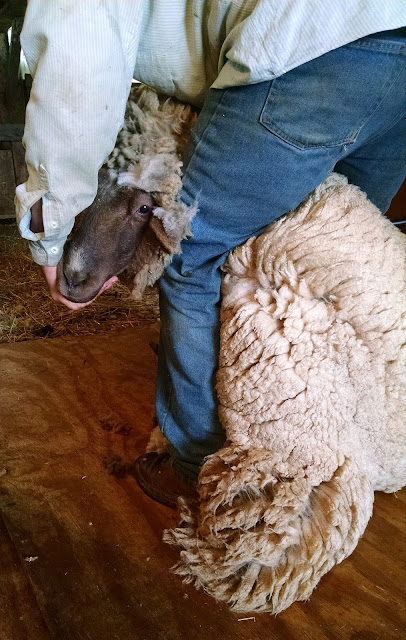 She's faded in the span of a year to a warm sand color. 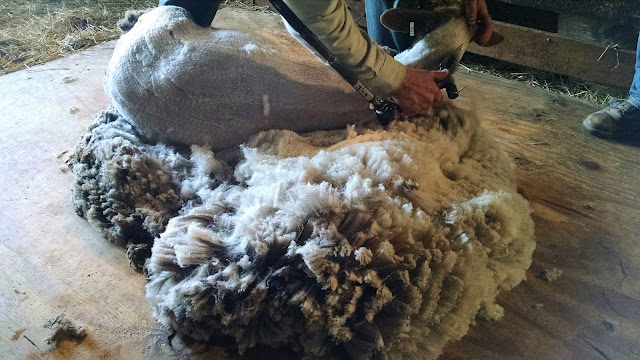 Great crimp and very long for the grade - close to five inches.  I think I've found one of our entries for the Maryland Sheep and Wool Festival's fleece show and sale. 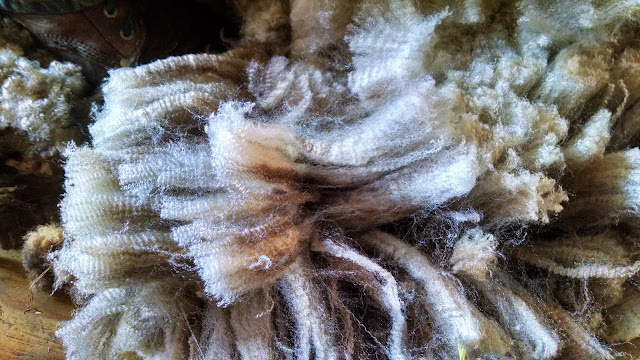 It's always hard to say goodbye to our most favorite animals.  Bug was a bottle baby but I think her sweet nature and chattiness were natural.  She always baa-ed "hi" to us when we came in the barn and stomped over to get petted and scritched on. Thirteen years is a long time to tote around a hefty girl like Bug and her knees and hips reached a point where they just totally wore out and meds couldn't help any more.  With heavy hearts we asked our good vet to put her to sleep today.  Andy and I will both look forward to seeing her friendly face again in time. 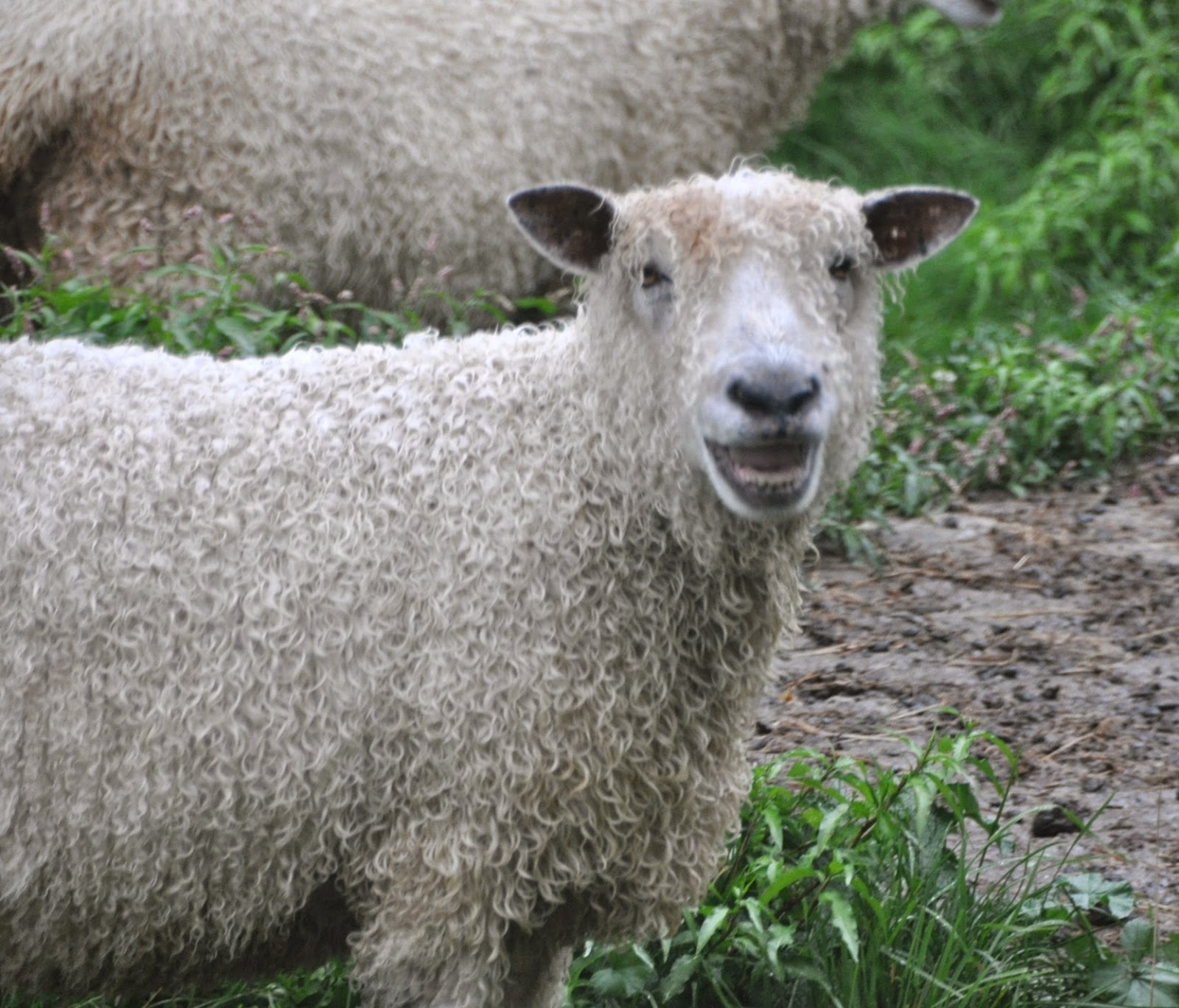