The week started with frost on the roof and a gray damp day.  The pasture is getting short, but the ewes are still enjoying getting outside and meandering around. 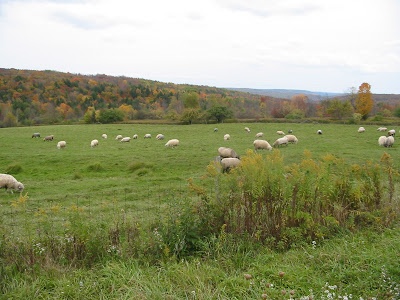 We had better fall color on the trees this year than I would have thought given the drought this summer.  We've already had a lot drop now, especially the ash.
The ewes have put some good weight back on after the hot summer and weeks spent eating hay.  Here Gilly shows a nice full figure which I'm sure the ram will appreciate.  Pearl, on the left in the background, needs a serious coat change.  That will happen in the next two weeks. 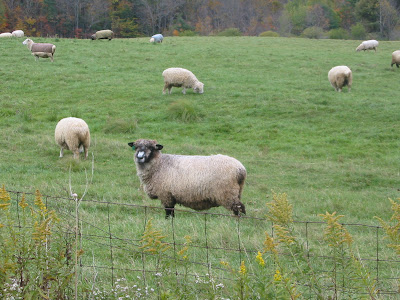 From this angle I'm not sure which Cotswold ewe this is, but she has a pretty head.  The moorit in the coat to the right looks startled at the thought of breeding season - at least I think so. 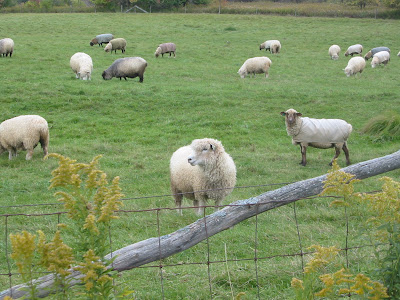 Today was much sunnier.  While walking I found this little guy sitting in the road.  He or she has damage to the edges of its wings and was happy to ride along on my hand all the way home.  Looks like it's been a rough end of summer. 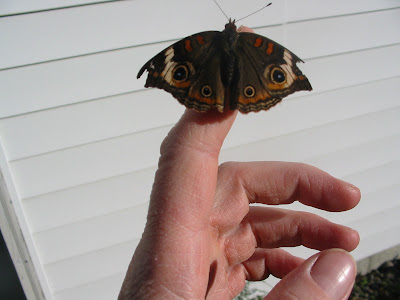 I put him/her on this daisy growing on the protected southwest side of Andy's woodshop.  I don't know if daisies are tasty, but the sun was warm enough to coax him into opening his wings a little more. 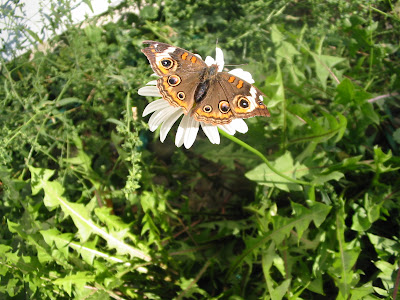 ﻿
﻿
﻿
I like to think I made its afternoon a little better.  It brightened mine.
Posted by Sheepmom at 6:58 PM