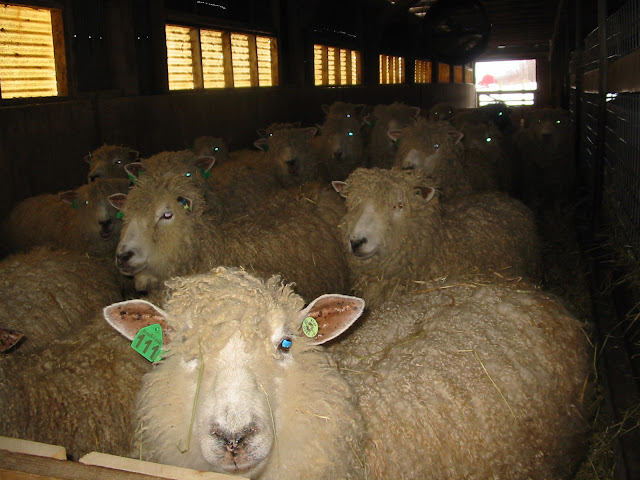 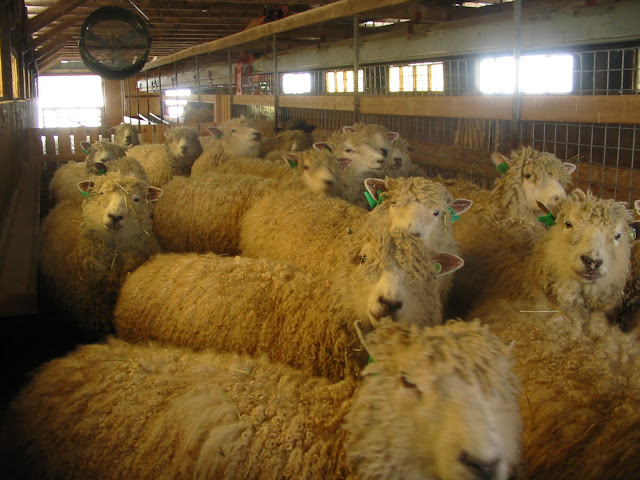 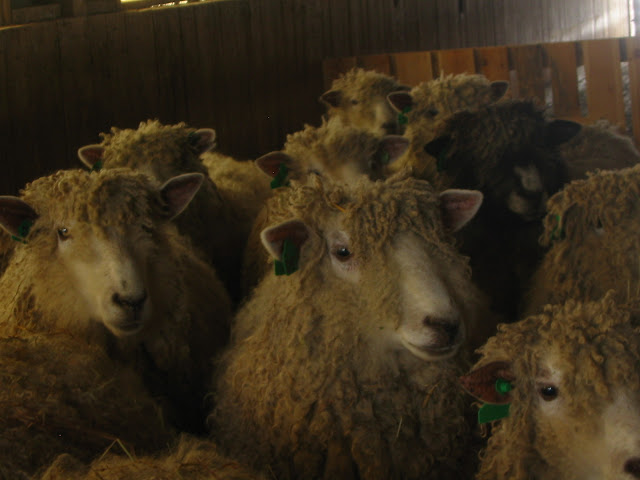 Crap!  They're actually leaving us out here!  There they go!
As much as they didn't like being in a strange place (a hundred feet from their normal area!  Gasp!) they trooped right back out there the next day since grain was involved.  Then we moved another group into the vacated cleaned area so we could get the second area done, and so on.
Everyone is now back where they belong on nice clean bedding and feeling much cooler.  The pack will build back up to just a nice amount by lambing in late March.
Gads!  Lambing is just five weeks away!  Time to boost vaccinations in the flock and schedule shearing.  Just when I thought I had a little breathing room to Get Stuff Done.  Sigh.﻿
Posted by Sheepmom at 6:53 PM