The View From Inside

The winter storm they predicted arrived pretty early today, starting with the power going out at about 2:15 AM.  That Andy crawled out of bed and got the generator going.  With the house having a wood fired boiler in the basement, leaving the power off isn't an option - we need electricity to run the circulating pumps to keep the hot water moving and avoid a cold house and a too-hot boiler!

After daybreak the weather deteriorated from rain to snow pretty quickly. 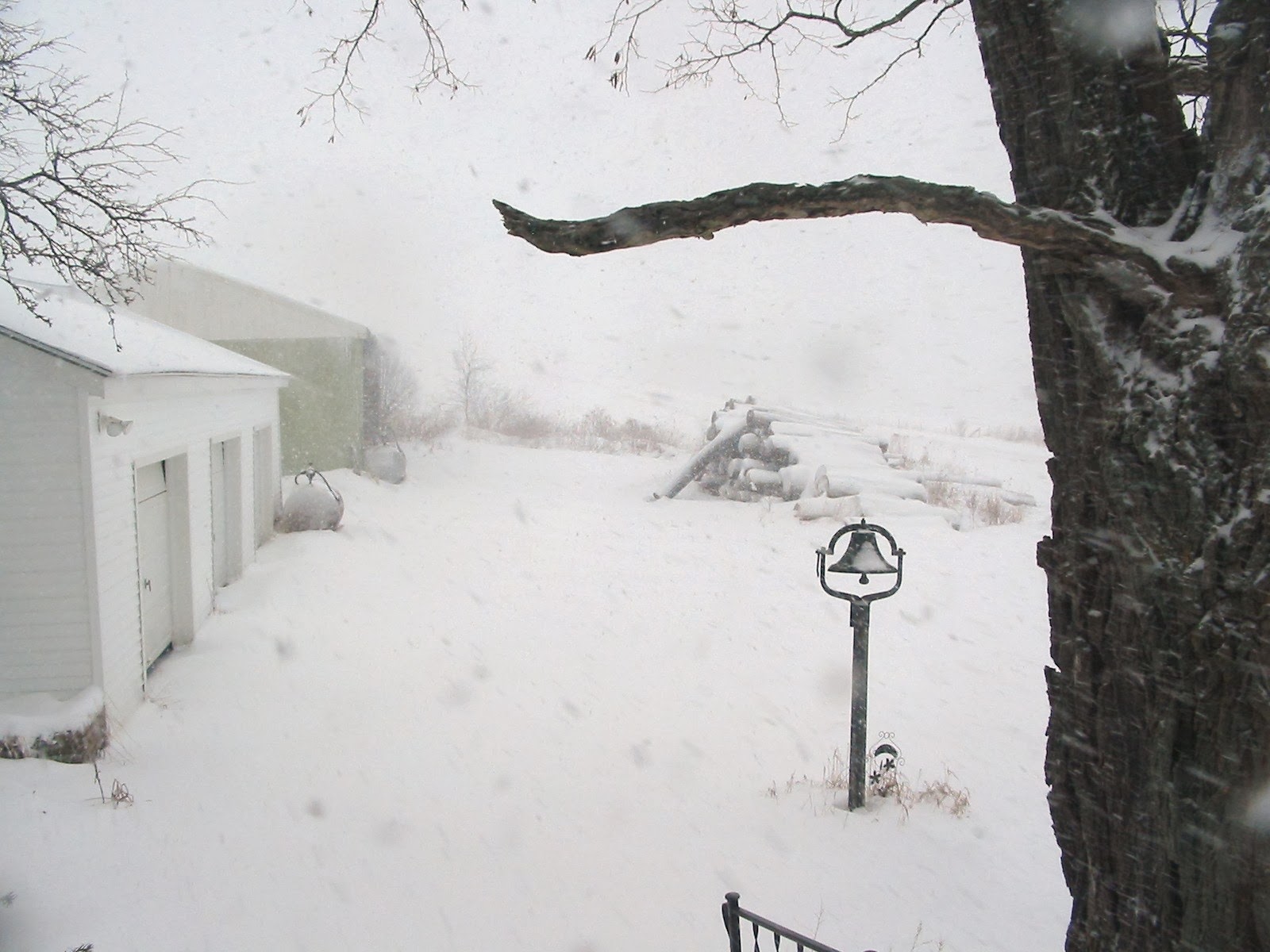 It was a wet snow that clung to vertical surfaces, even windows.  My stained glass suncatcher lamb looked like she was lost in a blizzard. 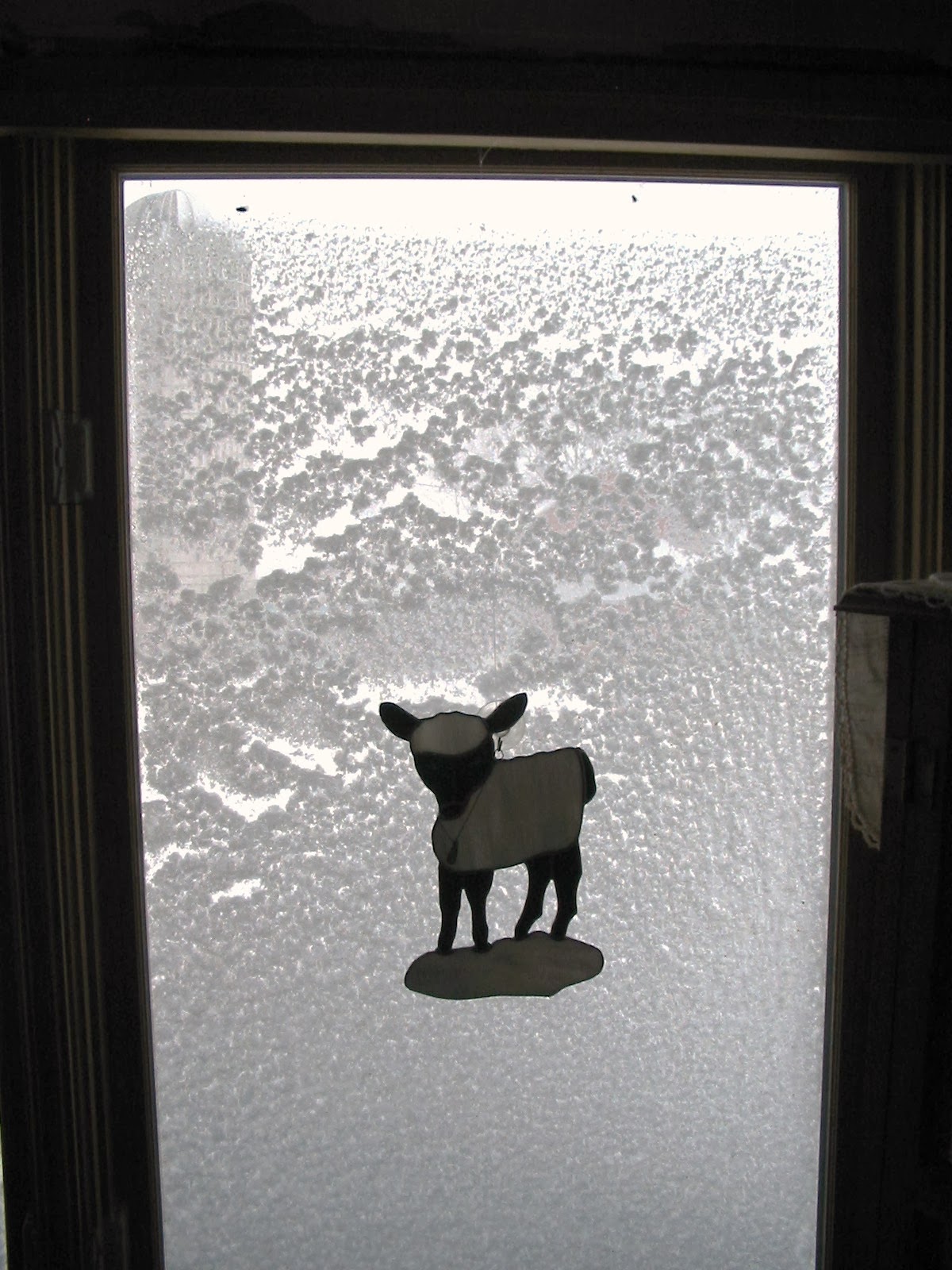 The sheep in the barn are all happy as can be.  They are eating nice alfalfa, not huffing and puffing from full fleece and have nice clean bedding.  We finished cleaning the last section of pens yesterday.  Spreading the dirty bedding will have to happen later (a "soon" later) as there wasn't time to take load after load out and still get the area cleaned in a day.  The litter from the barn is stashed in the feed bunk for now.  We cleaned the ram barn a couple of weeks ago and had no place but the great outdoors to put it.  We've jokingly named the pile Mt. Crap-sta.  Anyway, the ewes are happy and just waiting for the lambs to start arriving.  First due date is the 23rd. 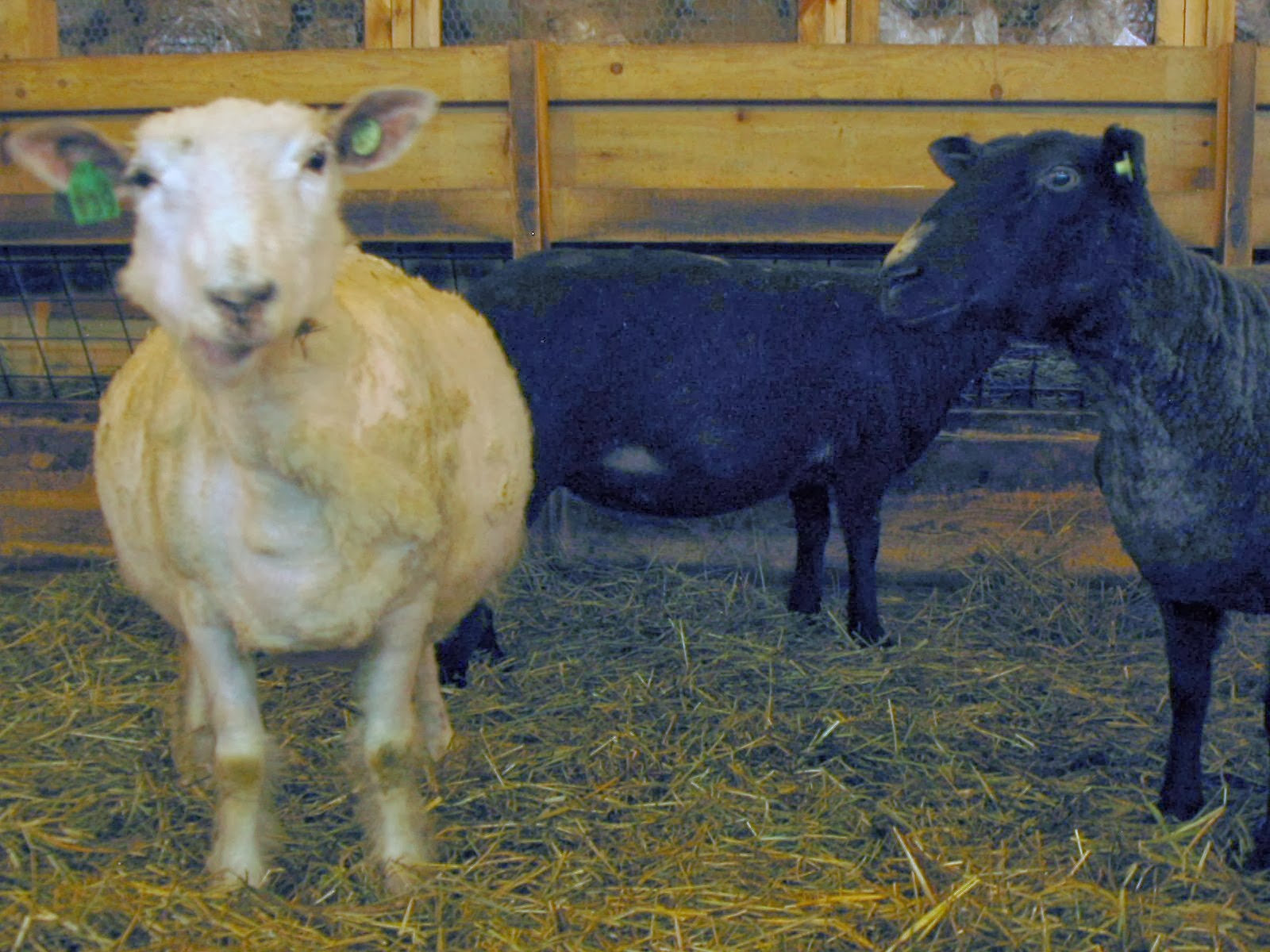 Kelsey, left, and I think Ginny on the right. 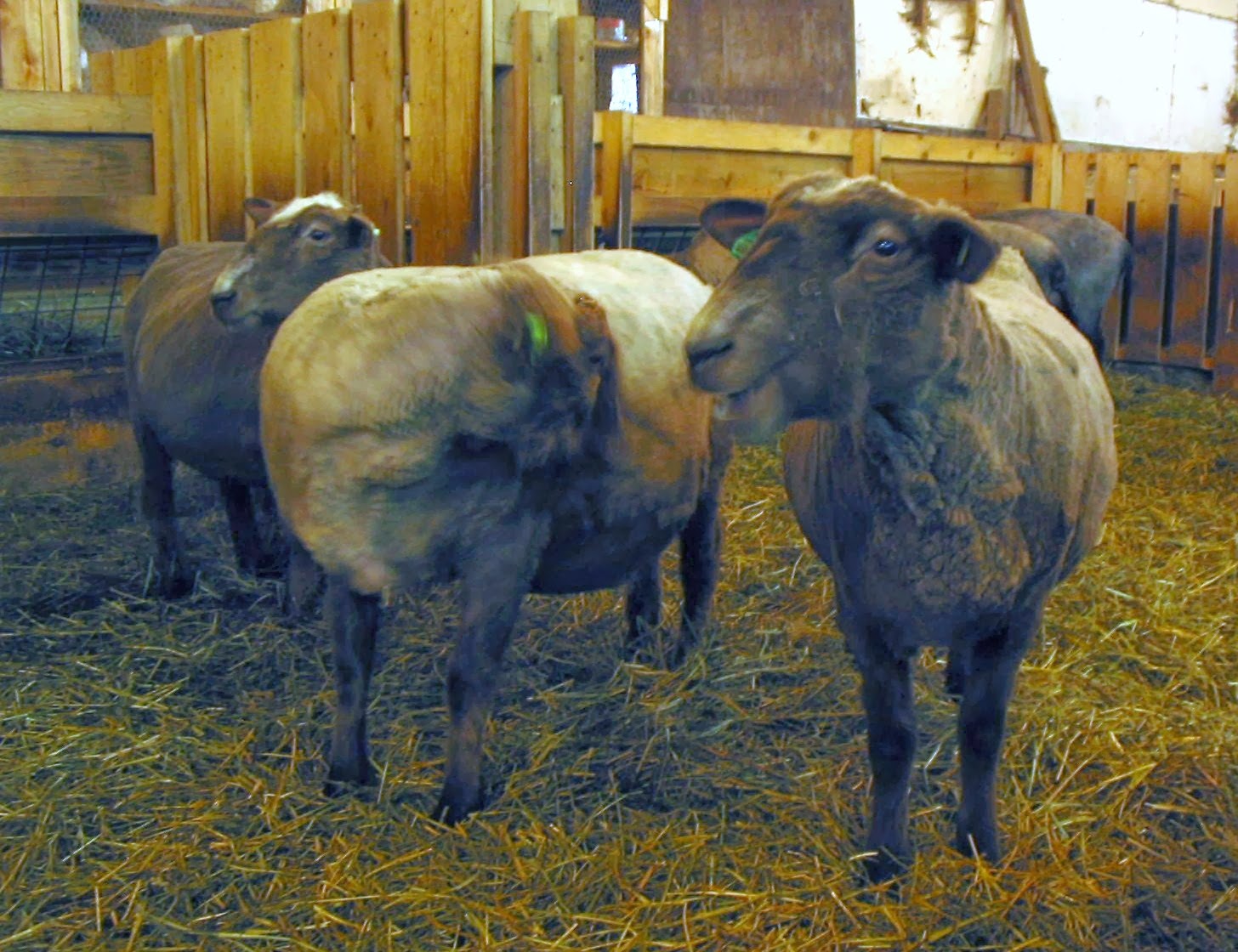 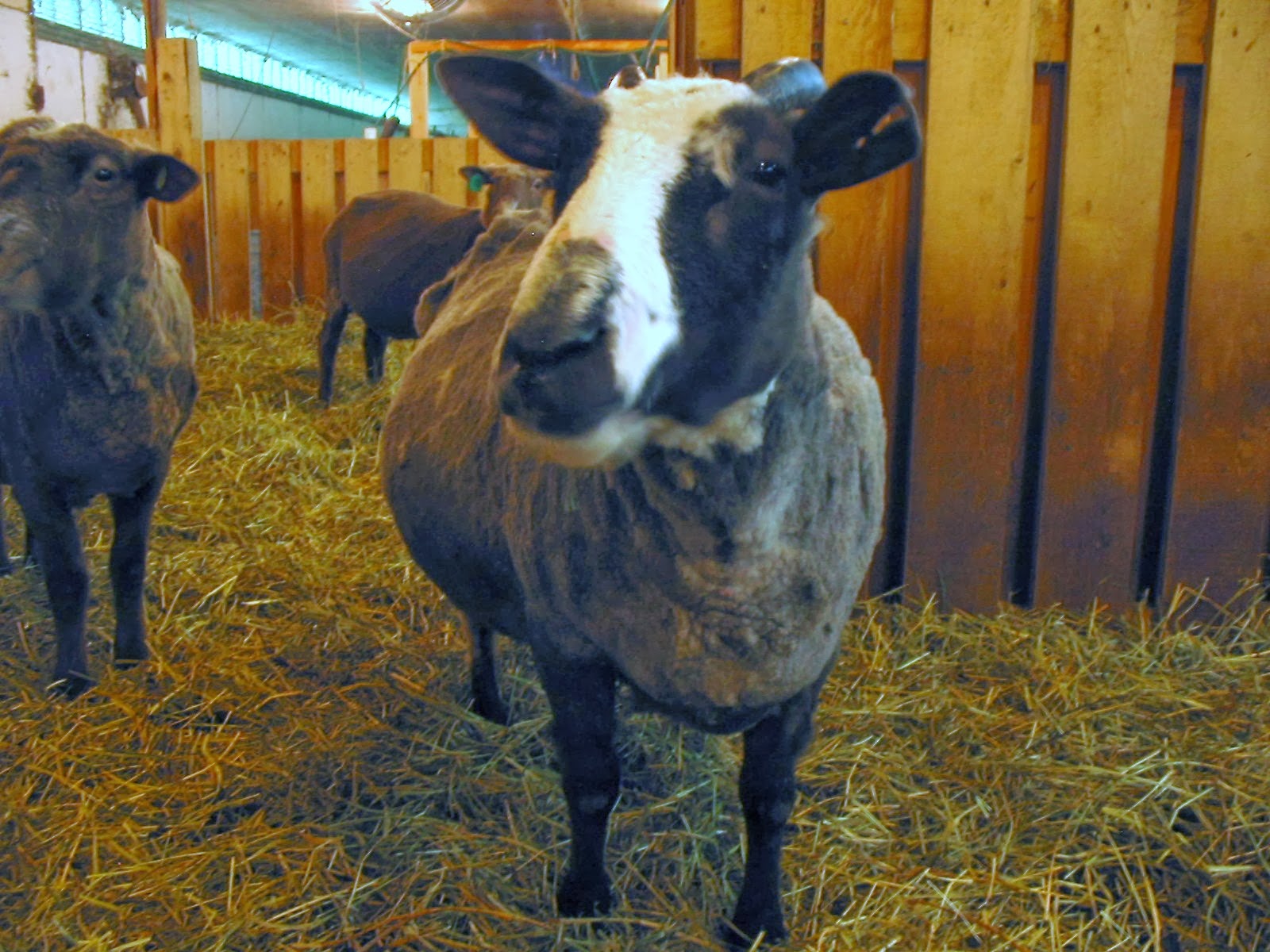 Gem.  This will be her last year as a mom.  Then she can retire! 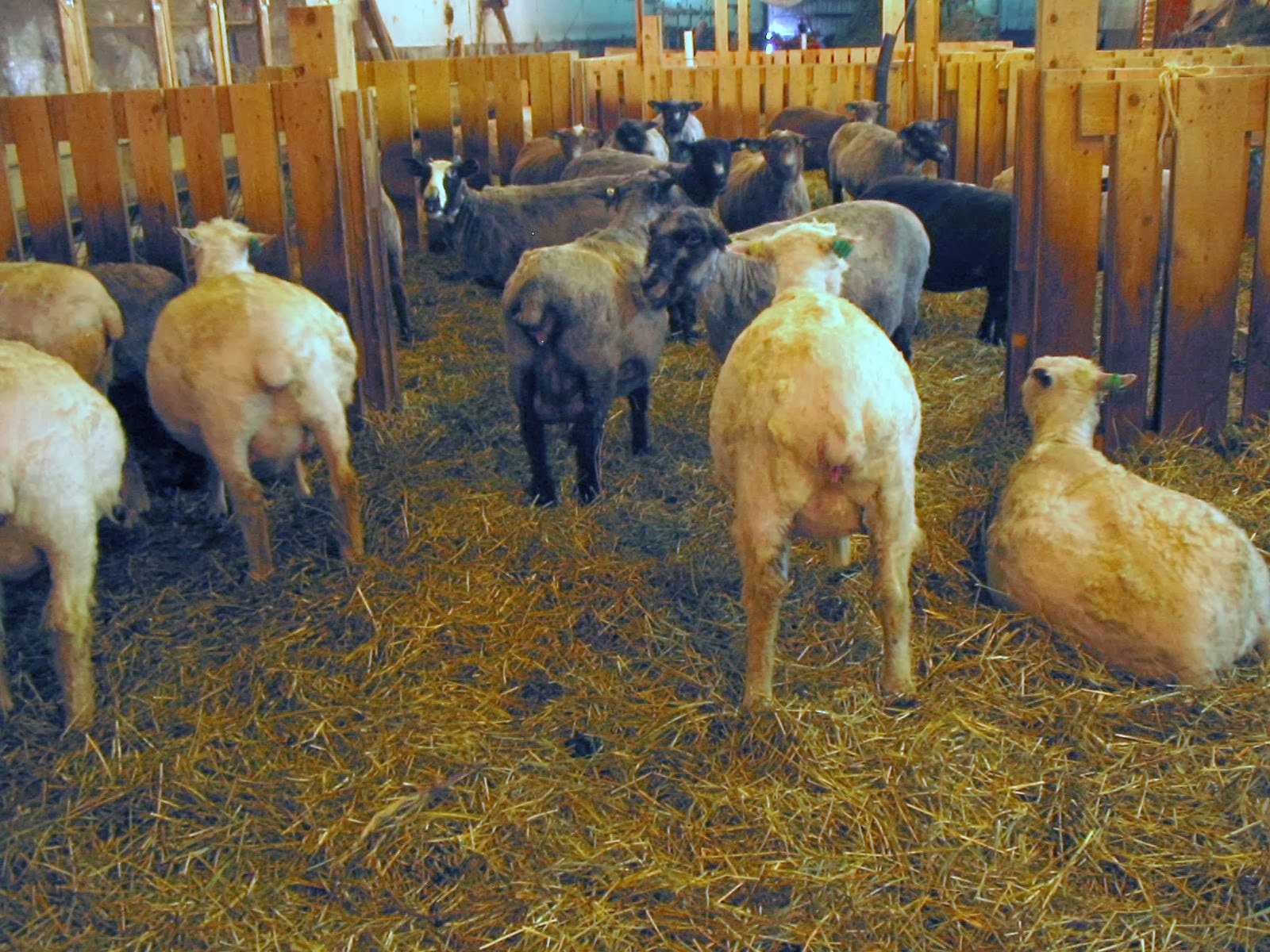 A group shot of expectant moms.  They aren't really this crowded.  It's an odd illusion and the perspective of distance is whacked. 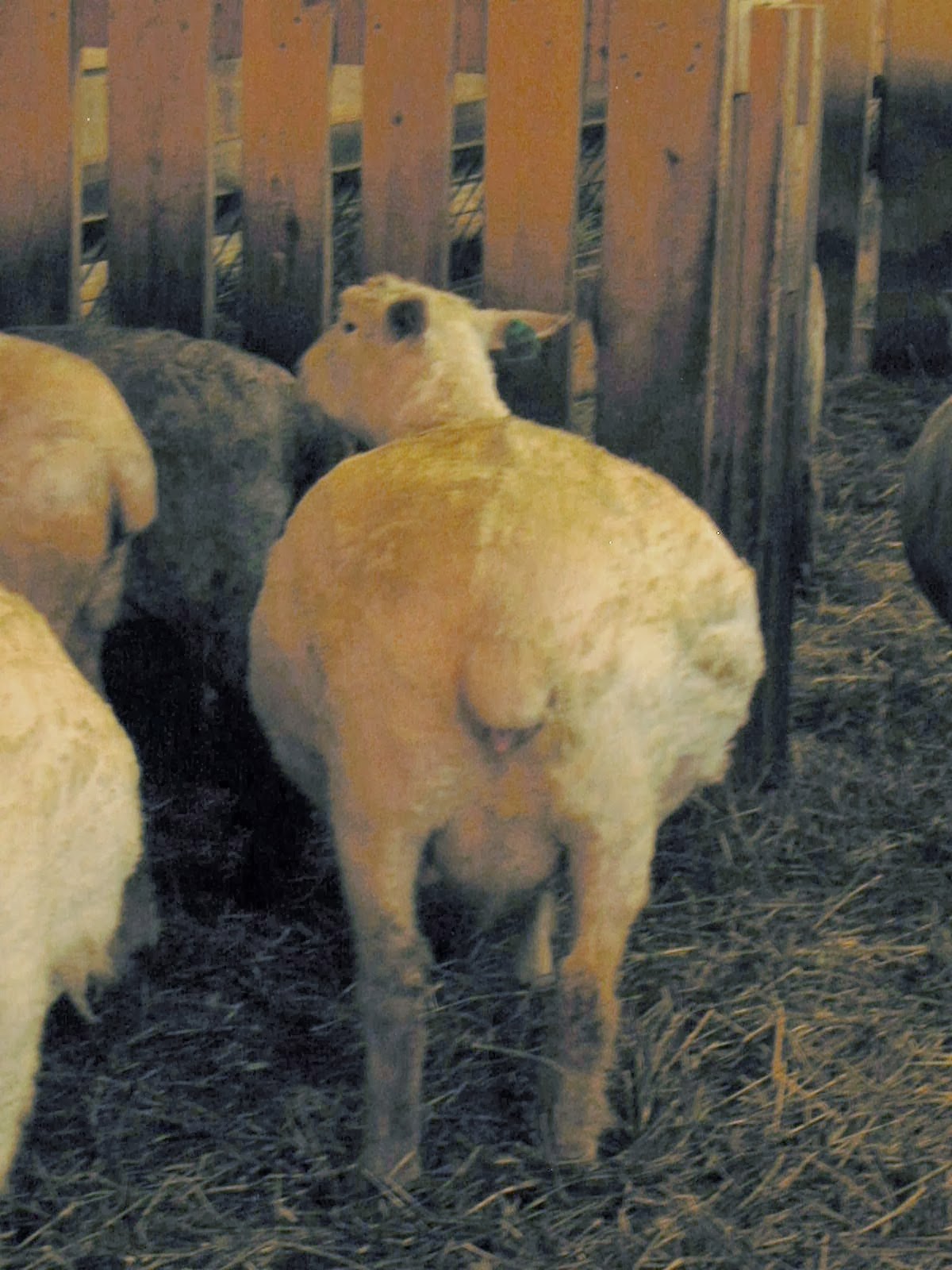 How many lambs are YOU carrying?? 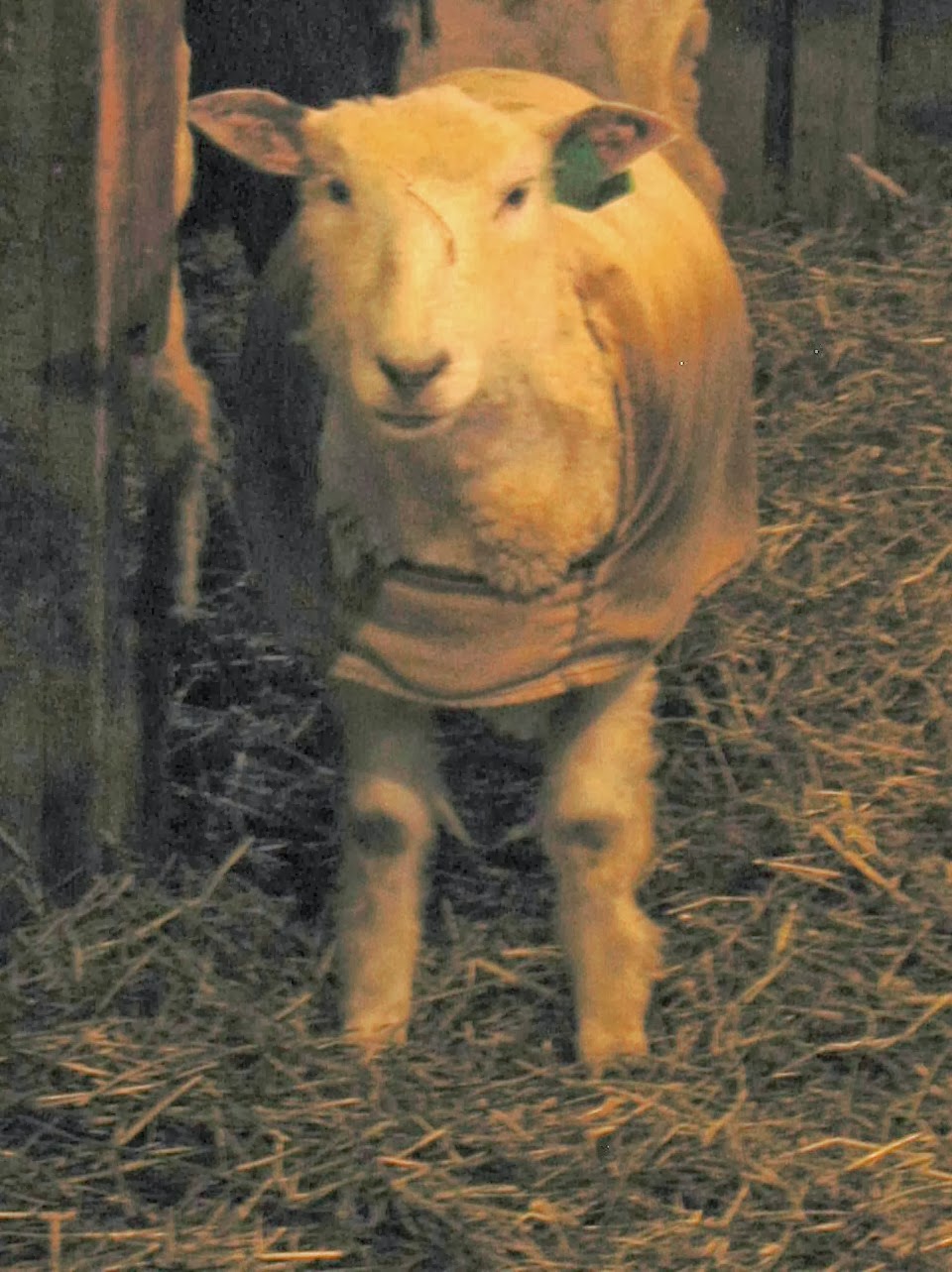 "I'll be a mom for the first time.  Just one would be fine with me."
We're so happy we've provided a secure barn for the sheep.  Tonight, viewed from just inside the back door, it looks like this:
It's a little hard to see just how thick the air is with blowing snow until the end when you can make out the fenceline. Crappy weather but not lambing yet.  I'll take it.  Good news all depends on your view.  Maybe it would look even better upside down! 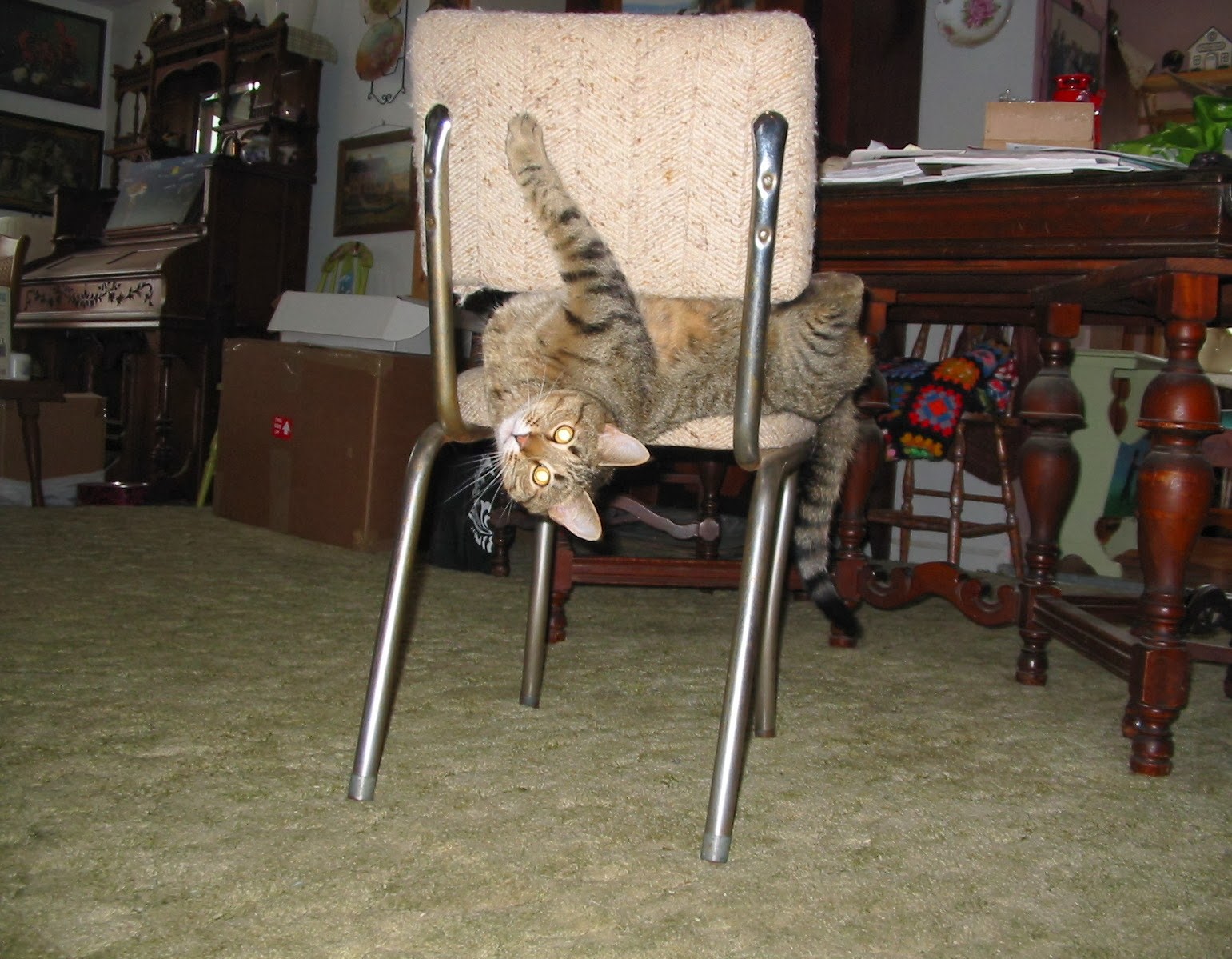