Monarch butterflies are reported to be in decline and I agree that there seem to be fewer and fewer each fall. I'm not that old but when I was a kid the autumn afternoons seemed thick with them fluttering around.  Now when I see one it's cause for comment.  I'm sure there are several reasons for the decline including loss of habitat, the use of chemicals in the environment and changing climate.  Another culprit I'm guessing is the population surge the last few years (at least here in the northeast US) of stink bugs aka shield bugs.  While they are described as being an agricultural pest and cause lots of damage by piercing fruit and sucking the juice out, leaving an icky spot prone to rot, I've seen them doing the same thing to caterpillars - apparently they aren't all vegetarians.  :-(

Monarchs have very specific needs and the main thing they need are milkweed plants for the caterpillars to eat.  Every year I check the milkweed that grows in the ditches and hedgerows and headlands for them.  In the last few years I haven't seen any youngsters despite searching.  This year, they're here in force!

From a farmer's perspective this is a hay field infested with milkweed which needs to be eradicated before it takes over the field.  From a Monarch's point of view it's a super nursery.  All those standy-up plants out there are young milkweed. 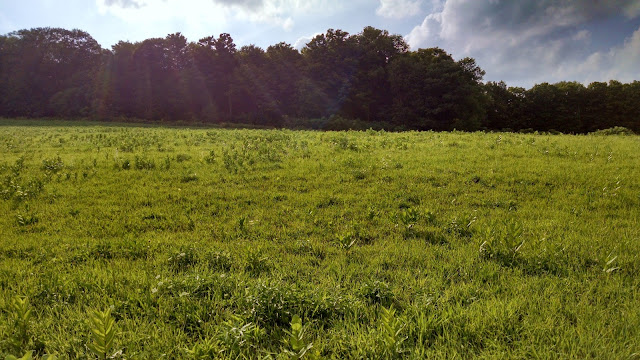 I had found four caterpillars on milkweed plants in the overgrown weed patch out front which used to be a strawberry bed.  That was cause for celebration!  Then Andy and I wandered back and forth along one edge of the field right next to the ram pasture and counted about 60 caterpillars in ten minutes and those were just the ones we could see easily without crawling around looking under leaves.  I'm happy to say they were everywhere!

Big fat ones the size of my pinkie. 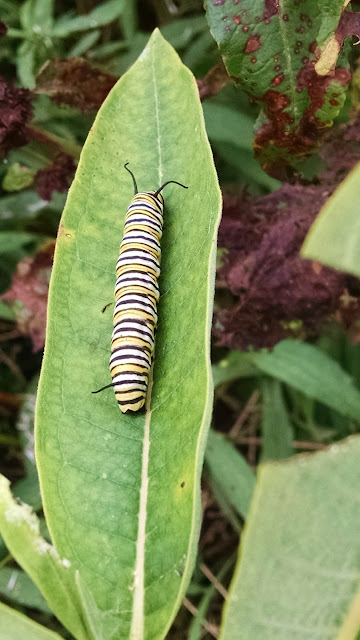 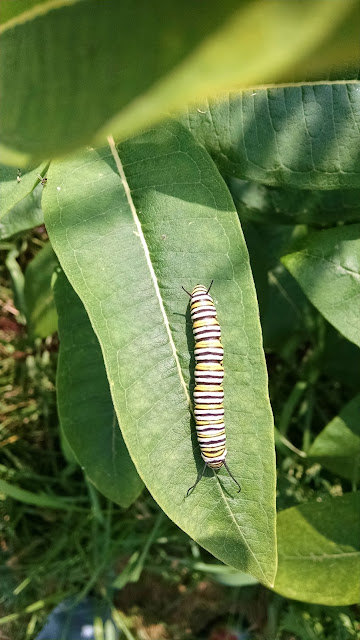 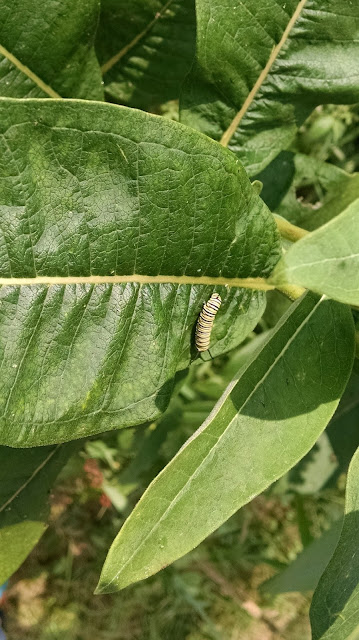 One milkweed had two chewing on the top two tender young leaves. 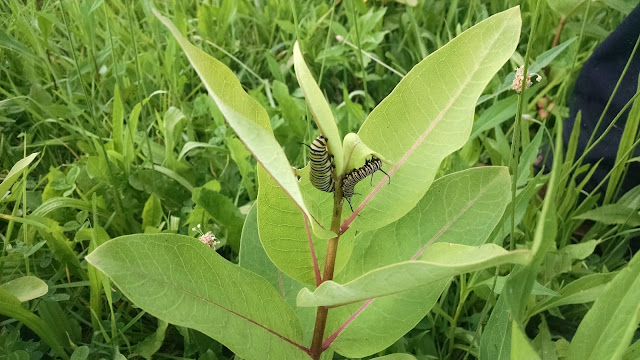 They all looked hale and hearty with the exception of one which had come to grief at the business end of one of the aforementioned stink bugs.  I know it's "nature's way" but let's just say the stink bug will never see another sunrise.

Knowing the caterpillars are out there we will definatly wait until as late as possible into the fall to deal with the milkweeds.  We want to give the Monarchs every chance to grow up and get gone. 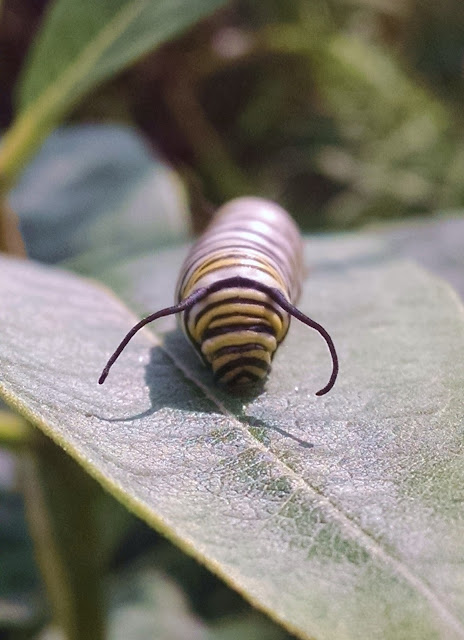 "Thanks!  It's tough trying to grow into a butterfly!"

Glad to help, little fella.  Try to come back next year and bring your friends!