A Loss and a Win

Lambing season hasn't even begun yet and we're having problems and losses.  Knowing that the poor quality (too mature) hay is not nutritious enough for pregnant ewes we've been supplementing with a grain ration earlier than usual.  Even that hasn't fixed the situation for everyone and we've treated a few more ewes for ketosis symptoms through the last week.

Saturday night a Cotswold ewe named Hazel appeared very bloated at the barn bedcheck.  She wasn't in any respiratory distress so we drenched her with sodium bicarbonate (baking soda) in water in case her rumen was getting a bit too acid from the grain ration.  She looked better in the middle of the night, but was bloated again in the AM and off feed.  This time we dosed her with the ketosis treatment and by the time we got done making her take it she was breathing pretty hard and quite depressed.  To make a long story short, the vets made three visits to the farm to give IV ketosis therapy besides our oral dosing and while she got a boost in her attitude for a brief time she remained off feed and also didn't want to drink.  Blood tests showed a low ketone body count so the condition should have improved with treatment.

By this morning it was pretty apparent that she was not going to turn around and that in fact her strength was waning.  Still believing the issue to be ketosis we considered our other options for treatment of her condition.  Since ketosis is a problem of pregnant animals the ultimate course of action would be to make her un-pregnant.   Because of her girth we had to think that the lambs she carried were getting pretty much to full term.  We could give hormones to induce labor but she would probably not have the strength to deliver and a prolonged labor would be hard on lambs who were already stressed by mom's condition.  We decided to go with the 'nuclear option' of a C-section.  If all went really well, we'd have a live ewe and live lambs.  If problems did arise at least it would be in a controlled situation and hopefully someone would pull through.

We made a nice cubby of hay bales for her in the nose of the trailer and I rode there with her to the vet's.  It was a surprisingly pleasant trip with no draft to speak of and she remained calm (and standing) through our ride.  The doctor who would be doing the surgery assessed her in the trailer and agreed that this was the course that would likely give the most positive results.  We were ushered in by a cadre of personnel and I knew she was in good hands.

The end result was one deceased lamb, one live lamb and Hazel passing away after the surgery was over and she was closed up and ready to come off the anesthesia.   The doctor did everything right, I'm sure, but she had some underlying problem beyond ketosis.  While the lambs were at term, there were only two which shouldn't have made her as big as she was.  There was a much larger quantity of fluid in the uterus than is normal.  Also, blood work taken before the surgery showed an absence of ketone bodies, so ketosis was not the main problem.  A type of cancer or a pathology in one organ or another could have caused her deterioration.  Without an exhaustive post mortem the ultimate cause of her problem will remain a mystery.

So, the one bit of good news is this little girl! 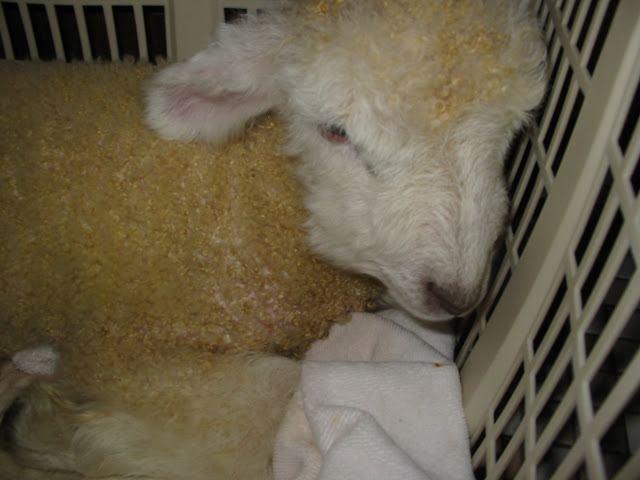 I haven't had a chance to weigh her yet but she's full term and nicely hefty - probably in the 10 lb range.  We pulled Andy's baby playpen up from the cellar and set it up in the sunroom where The Little Princess will stay until it gets warmer in the barn.  It will make feedings in the middle of the night more pleasant too.  Of course it immediately had to be cat tested and cat approved. 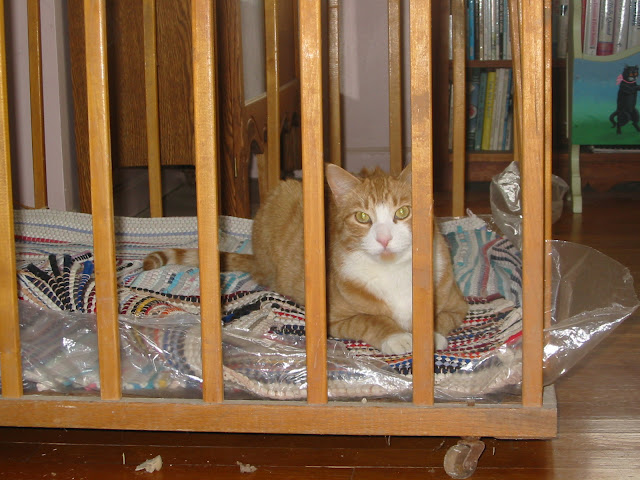 ﻿
We put cardboard bumpers around the perimeter to prevent her walking through the bars.  The cardboard is folded now, but I can flip the pieces up to double the height which will be necessary quickly since she will be feeling adventurous and try to hop out in a day or two.﻿ 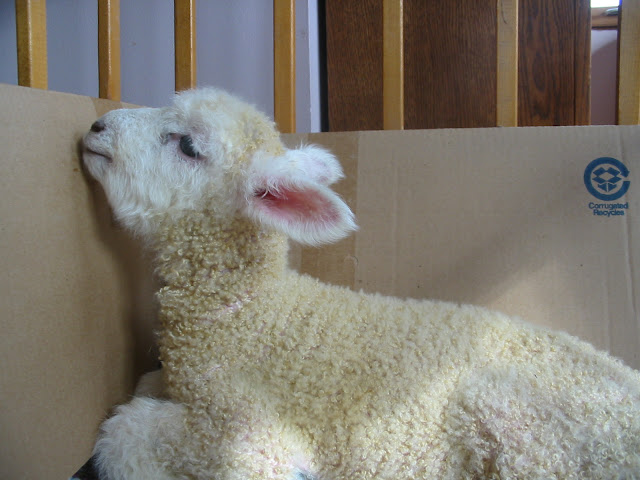 For now she's happy to rest in between bottles.  Fortunately I could dip into my freezer stash of colostrum to give her what she should have had from a mom.  A few feeding of just colostrum and I'll start adding in some formula.﻿ 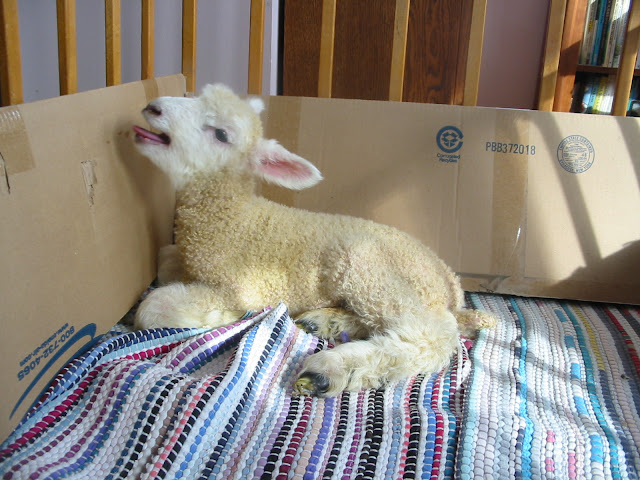 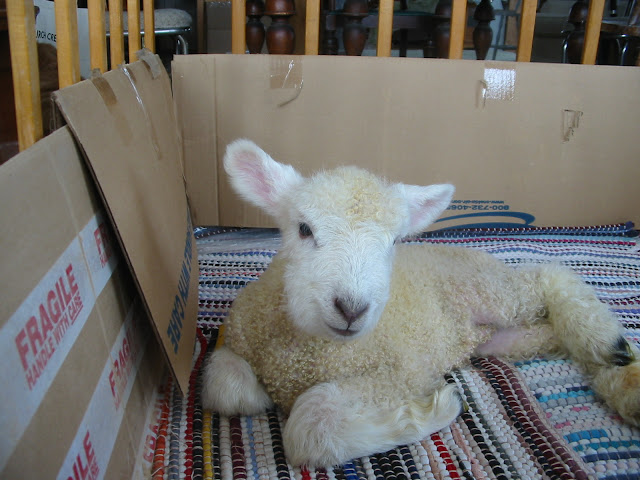 I might end up calling her Fortune since that's what she cost.   Eeesh. 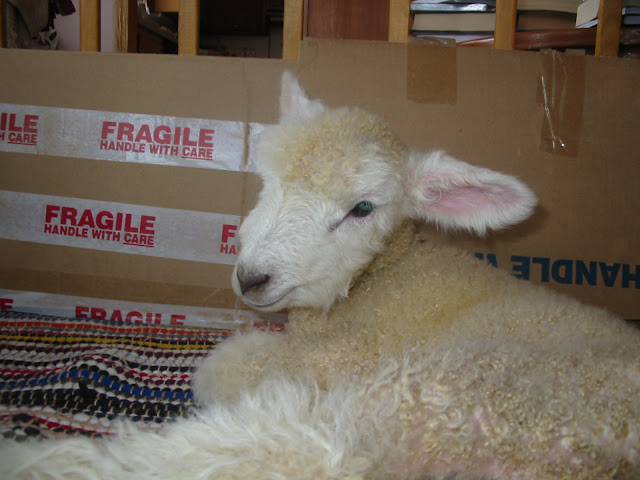 It's a darn good thing she's so stinkin' cute.
Posted by Sheepmom at 8:29 PM