It had to end sooner or later and when winter arrived it did so suddenly and in no uncertain terms.  Friday was sunny and about 70 degrees and the sheep were still enjoying pasture time although pickings out there were getting pretty slim and we had been feeding hay in the barn at night too.  You know the grass is pretty well gone when the flock spreads out in all the pastures and does a lot of walking (but the exercise is good for them).

A glowing pink sunrise.  The air itself looked pink - it was so pretty. 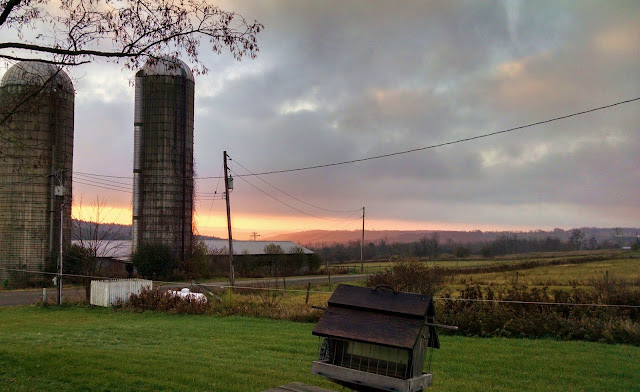 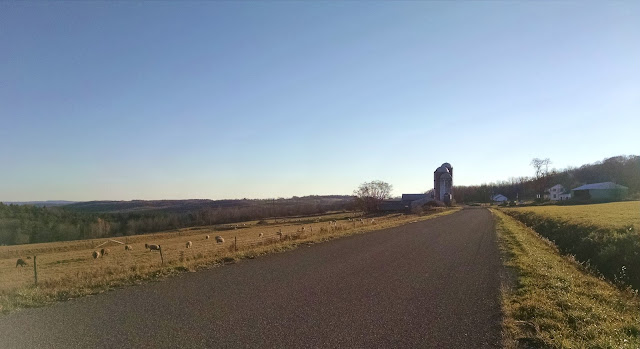 Saturday started out sunny but the forecast was for deteriorating weather with snow by nightfall.  Gee, maybe it won't be that bad. 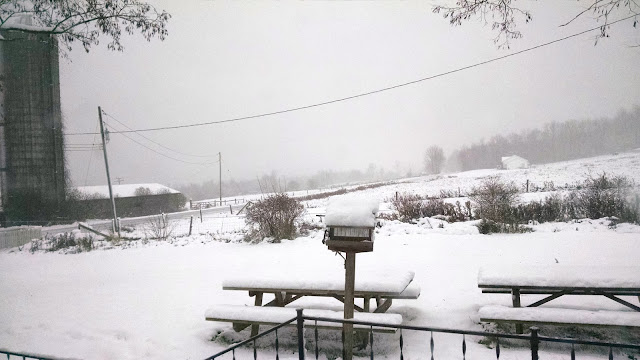 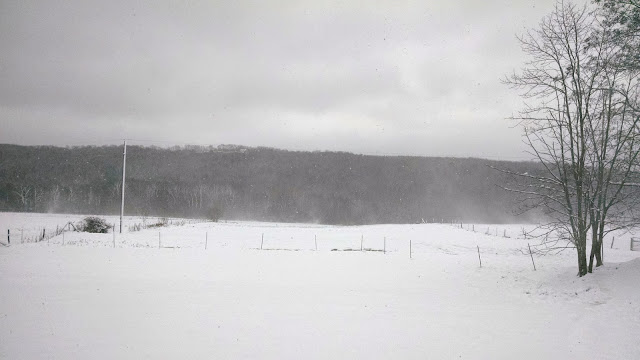 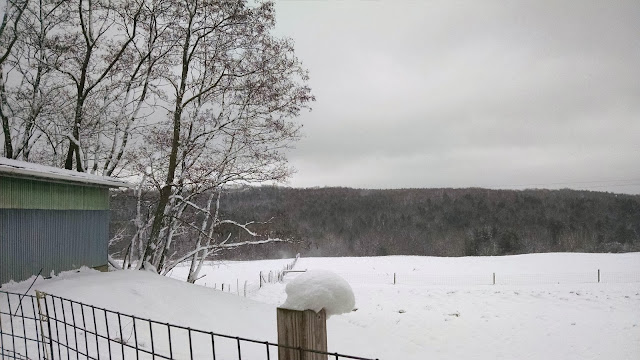 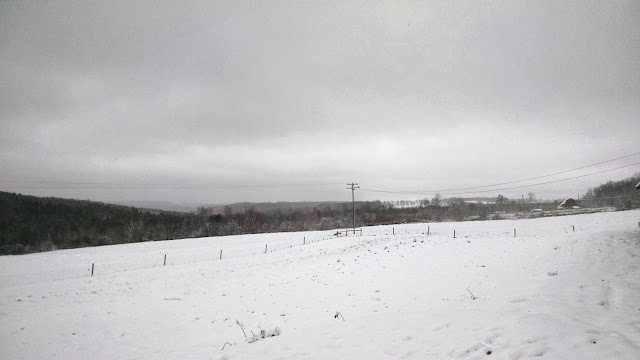 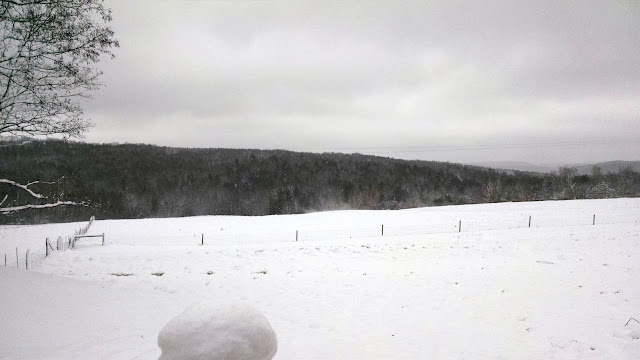 Andy had just finished picking corn and closed up the cribs on Friday.  WHEW! 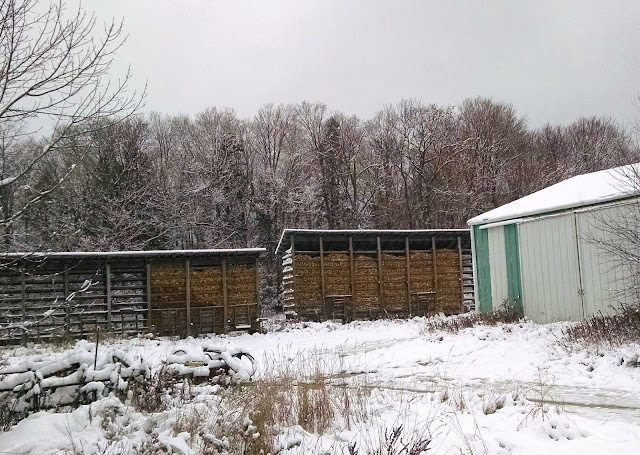 The wind began to pick up and visibility dropped as the drifting began. 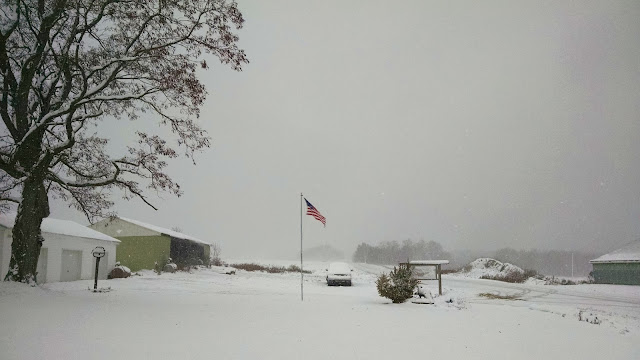 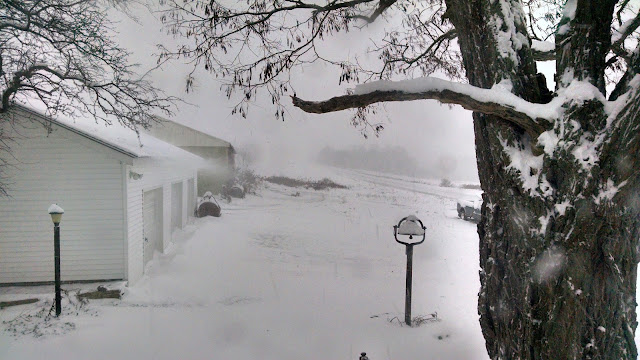 The wind built up knife-edged banks right next to blown bare ground. 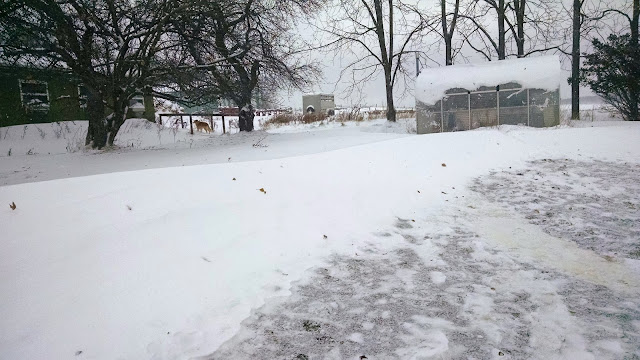 The sheep are cozy in the barn and we're cozy in the house.  After the beautiful fall the roaring wind and this sudden decent into winter makes things look pretty desolate out there.

Time to really be thankful!
Posted by Sheepmom at 4:31 PM