Despite the hot temperatures there is no denying that Fall is truly here.  I thought the drought would impact the color change in our foliage and trees would yellow a bit and then drop their leaves.  Just the opposite is true and we've had the best color display in some years. 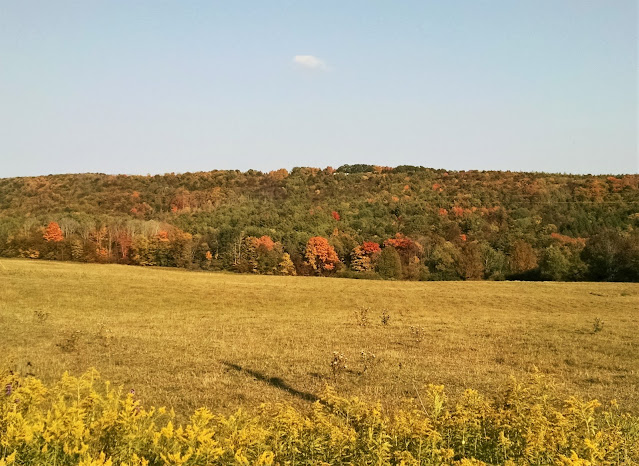 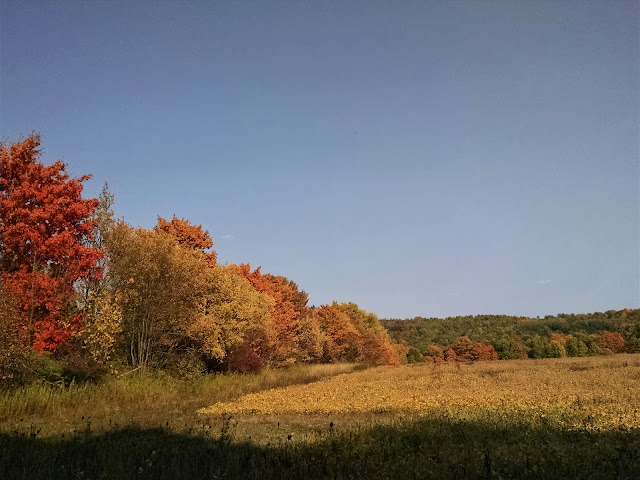 The fall flowers are blooming much more heavily that I would have thought possible given how water starved the plants have been.   The view across the neighbor's property down the valley is a river of goldenrod. 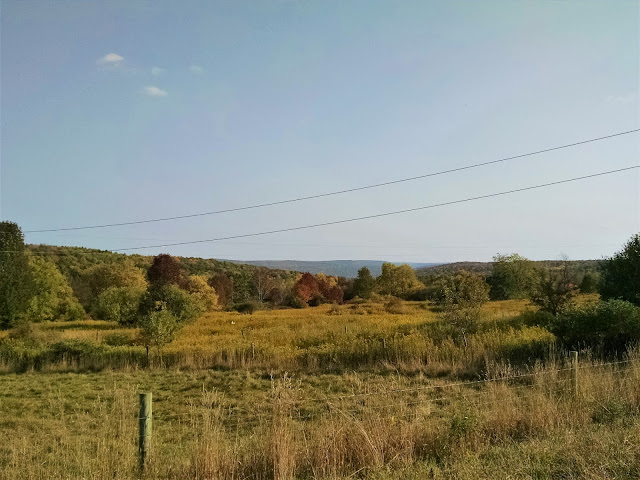 The sky is clear, unbroken blue day after day.  We did have one afternoon of wispy mare's tails which normally mean rain but we didn't get any.  I think this one looks like The Nexus (skip to about 1:10) and given the strangeness of 2020 I wouldn't have been surprised if it had been. 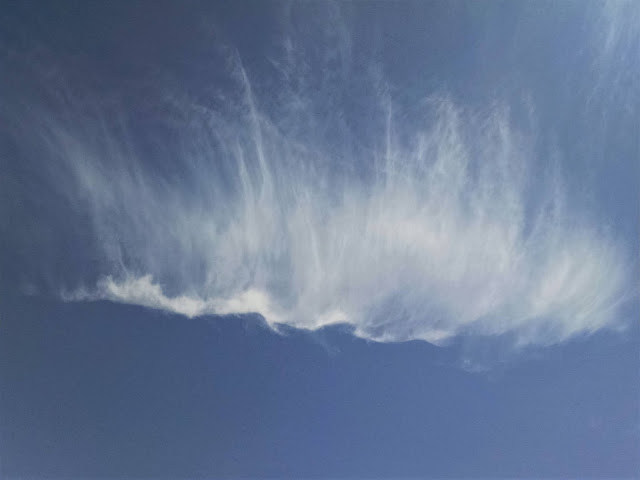 The weeds wildflowers in unkempt corners are making me glad I didn't spend a lot of energy cutting them down earlier this summer. 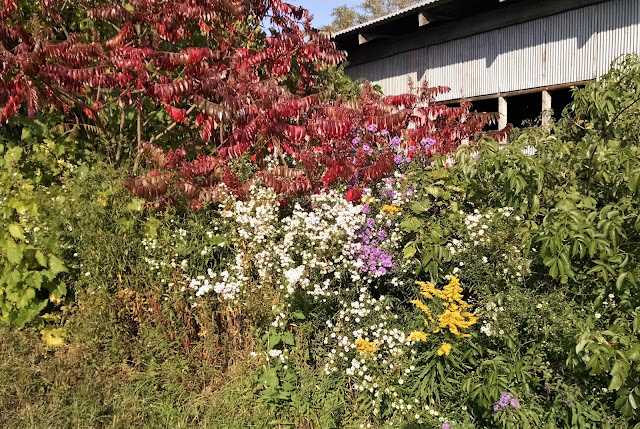 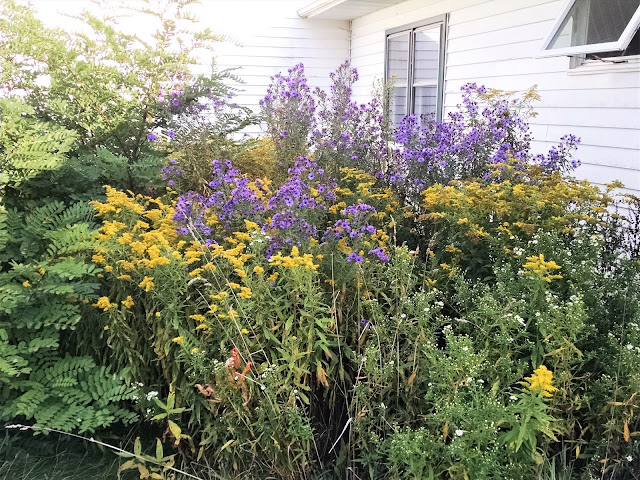 Even humble ivy that's crept up trees and along the ditches has turned brilliant red. 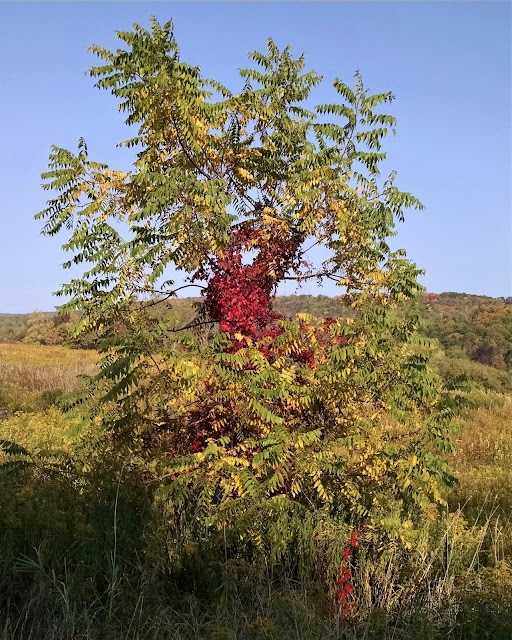 Normally the sheep would still have been out on pasture for a few more weeks but we had to bring them in and start feeding hay four weeks early.  We made enough of our own for a normal year but we didn't have enough for extra weeks of feeding.  We were lucky enough to secure 20 big square bales and after an initial trial of three bales - which the sheep were delighted with - we had the rest delivered. 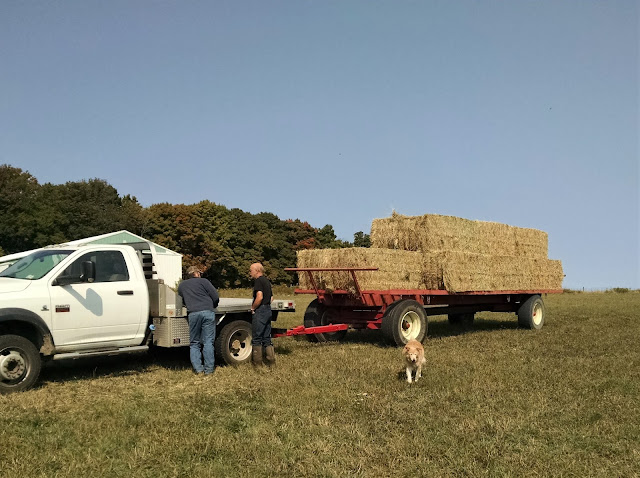 Keeping the flock off pasture requires a different daily routine including scraping the barnyard area clean every morning.  Here, the girls seem to be giving our effort an inspection. 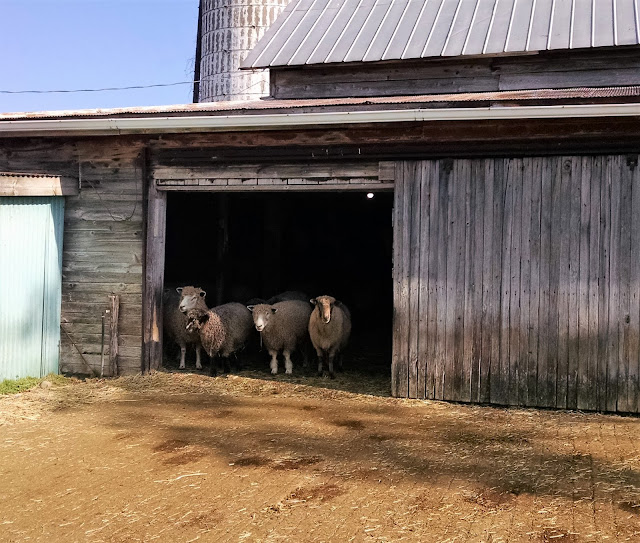 We left the auto waterer in the feed bunk to encourage exercise and because the chore of rerouting water into the barn isn't really necessary until freezing temperatures start.  Fortune is looking longingly at a kitty that she really. wants. to. sniff. 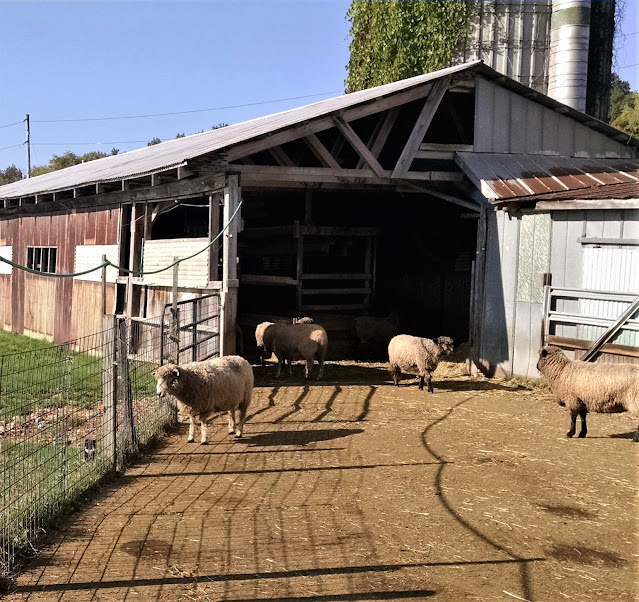 Another aspect of feeding hay is the need to coat the flock to keep the wool clean.  Thus began the annual Washing of the Coats.  I do about a dozen a day and triage them after they are dry for holes and weak leg straps.  Soon there will come a day of mending. 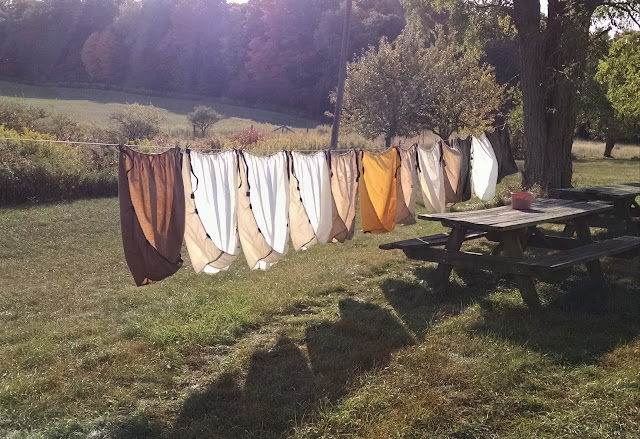 We don't normally need to keep the sheep cool AND in the barn but this year with a week of mid-80s predicted we knew we'd have to take some kind of measure to keep them comfortable.  When we used to have a building full of ram lambs in the summer we had a large box fan going for them but it hadn't been needed for a few years.  Time to press it into service.  First Andy had to create a 2X6 the right dimensions to support it.  The buzz rig was pressed into service as a big table saw. 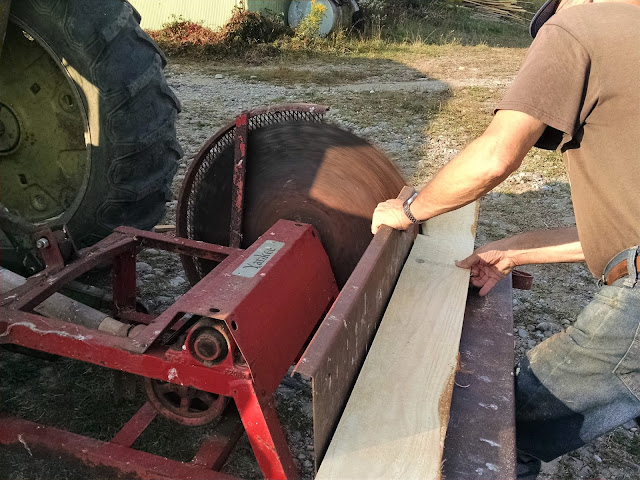 This will move air! 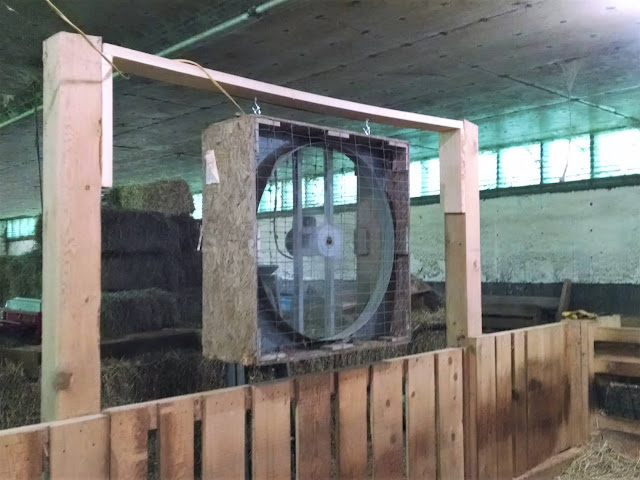 Mounted where it is, at the end of the pens, a good flow of air will move the length of the barn and push stale, warm air out the south end where the rolling door is normally open. 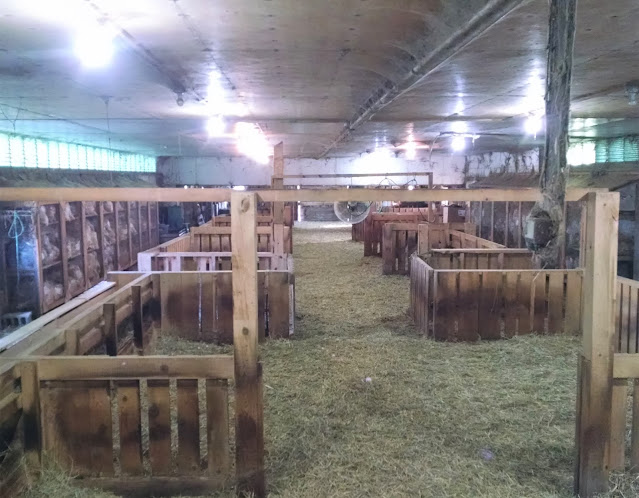 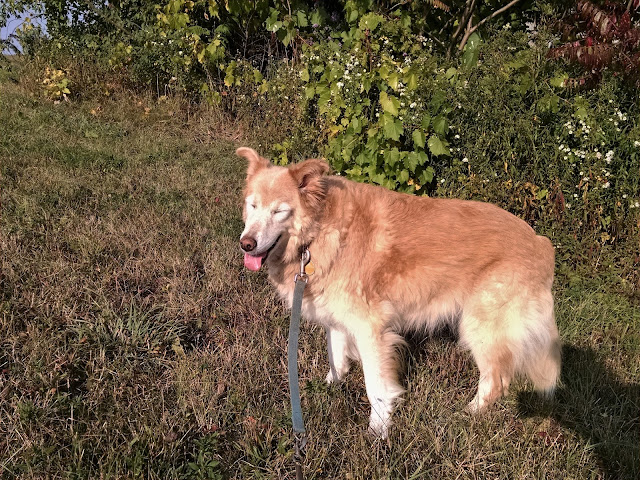 "Bleah.  It's too hot and bright out here.  Let's go in for a drink."
Dogs are so sensible.