Lambing season is fast approaching.  Our first possible due date is March 22 (really the 24th, but I always build in a couple of days in case someone didn't read the book and decides to do the deed early) and a few "must do" tasks have to be tackled.  One big job is cleaning out the barn.  We normally get a January thaw and do it then but that didn't happen this year.  The bedding pack is dry and clean but it's getting ridiculously deep.  Walking in the pens is like being in a bouncy house and the bottoms of some gates are buried and they can't be swung.  Once lambs are on the ground it will be next to impossible to move groups around so the pens have to be cleaned now. 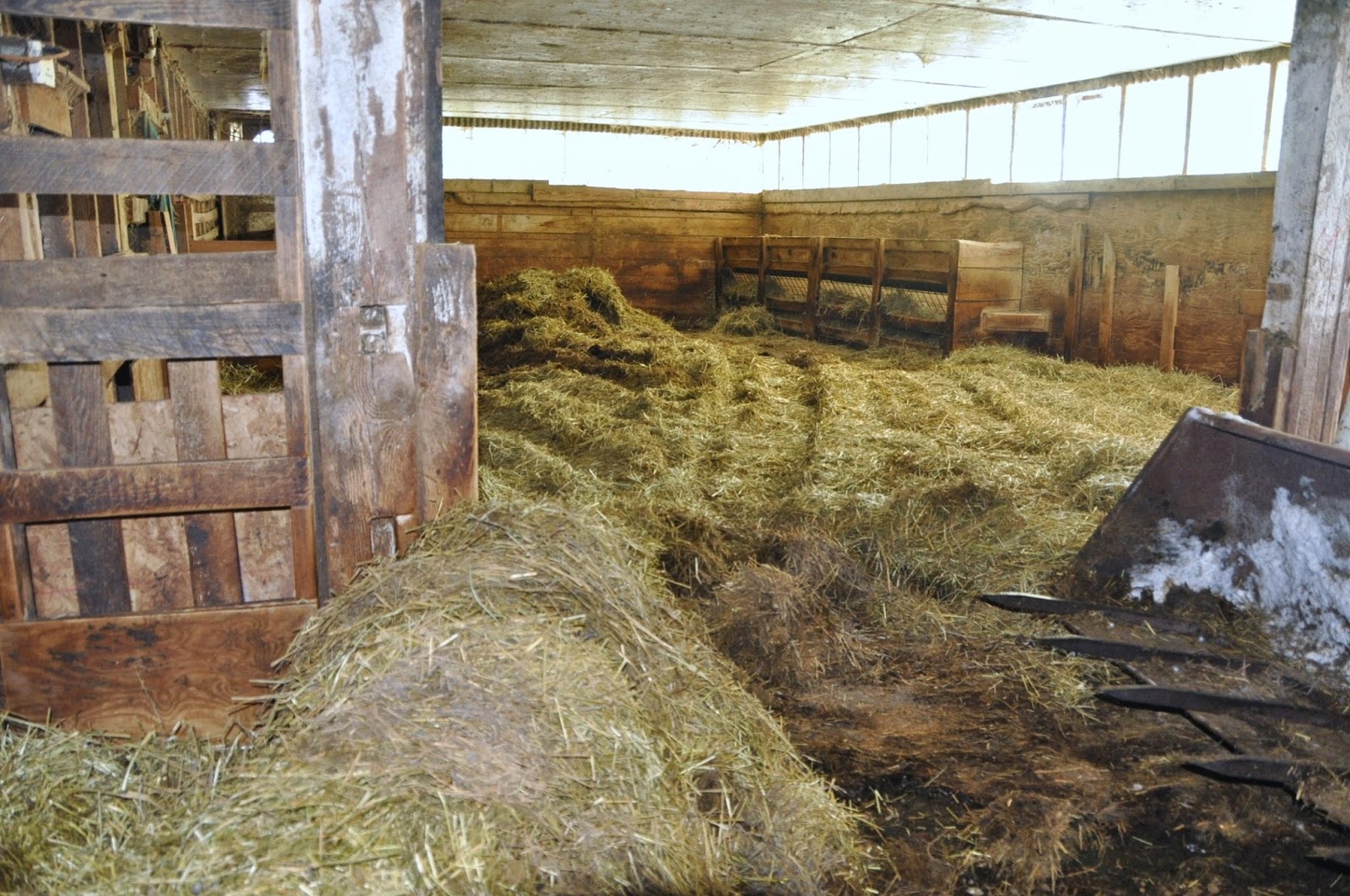 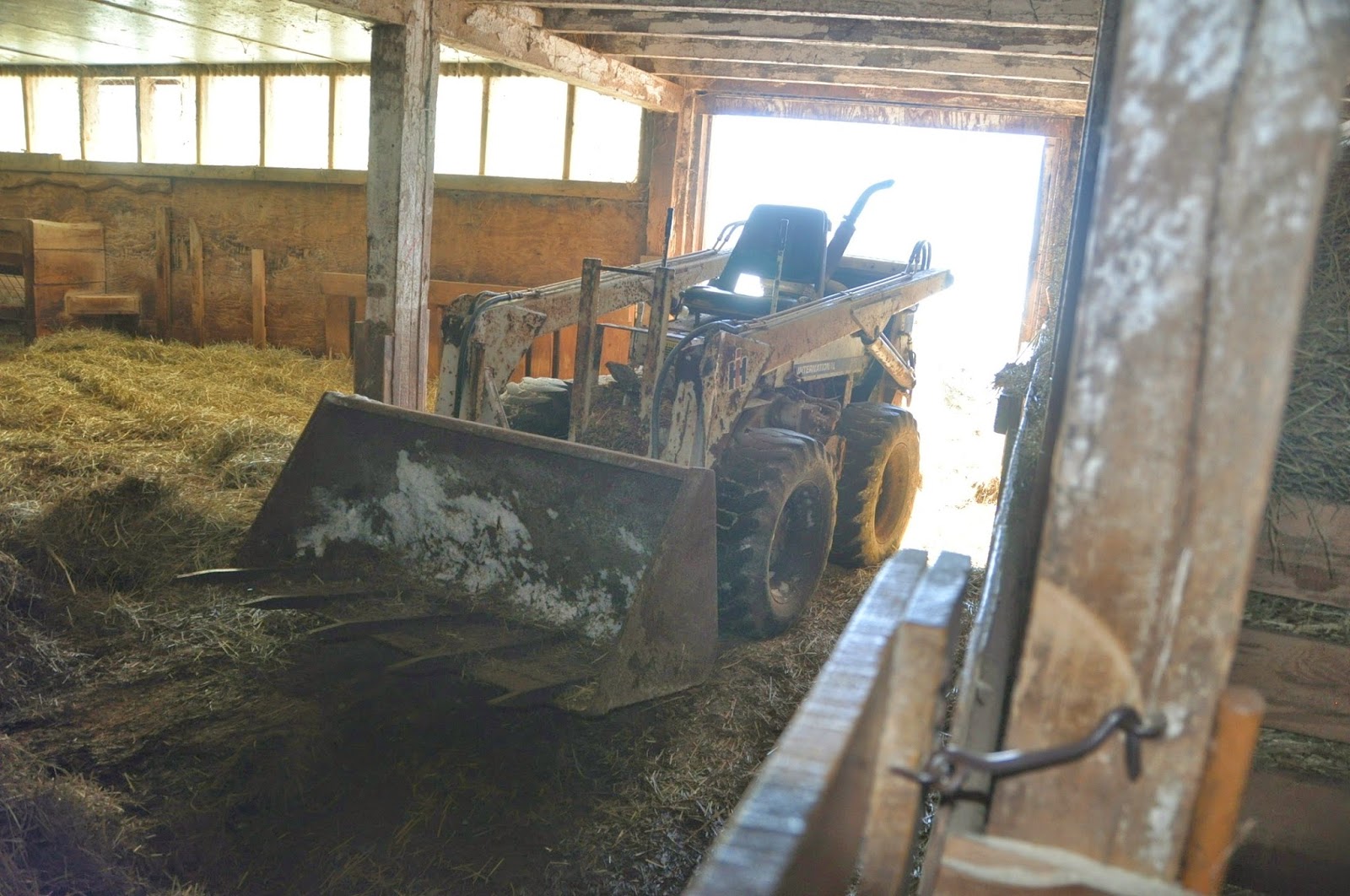 For this Herculean task we rely on the old Skidsteer (circa 1974) which is reasonably trusty so long as you pay attention to its quirks.  There is some pitchfork and scraper work too but the bulk of the job is done with hydraulics.  Breakdowns are problematic at any time but when a part fails on this machine it becomes an exercise in creativity to find a source of replacements and you can't be halfway through this job and have it quit.  Lately the rectifier (charges the battery while running)  has been failing and Andy started searching for a new one.  The local parts dealer couldn't even locate the necessary book to look in at first and had to call us back.  He found a part number of what we need but said he couldn't get it.  That wasn't totally unexpected but it was worth a try.  On the next call to an engine repair place we know got a laugh and the guy said he hadn't worked on Wisconsin engines in at least 6 years, but knew someone who might.  So we called that person - a Mennonite fellow in PA - and not only did he know what we needed, he knew that the part number we were given was wrong - that number is for a newer version of the part we need.  Andy said he could pay by credit card to hurry the transaction along but the man said "we don't mess with that plastic #*%&# " and the bill would come in the mail with the part - just send a check.  It does give you the warm fuzzies to know that there are good, honest people out there who expect that you too are good and honest.  And they do seem to be farm people......

We penned all the sheep in the other half of the barn.  They were a little crowded but it wasn't going to be for long.  You can see evidence of another job that needs doing asap - changing coats up to the next sizes. 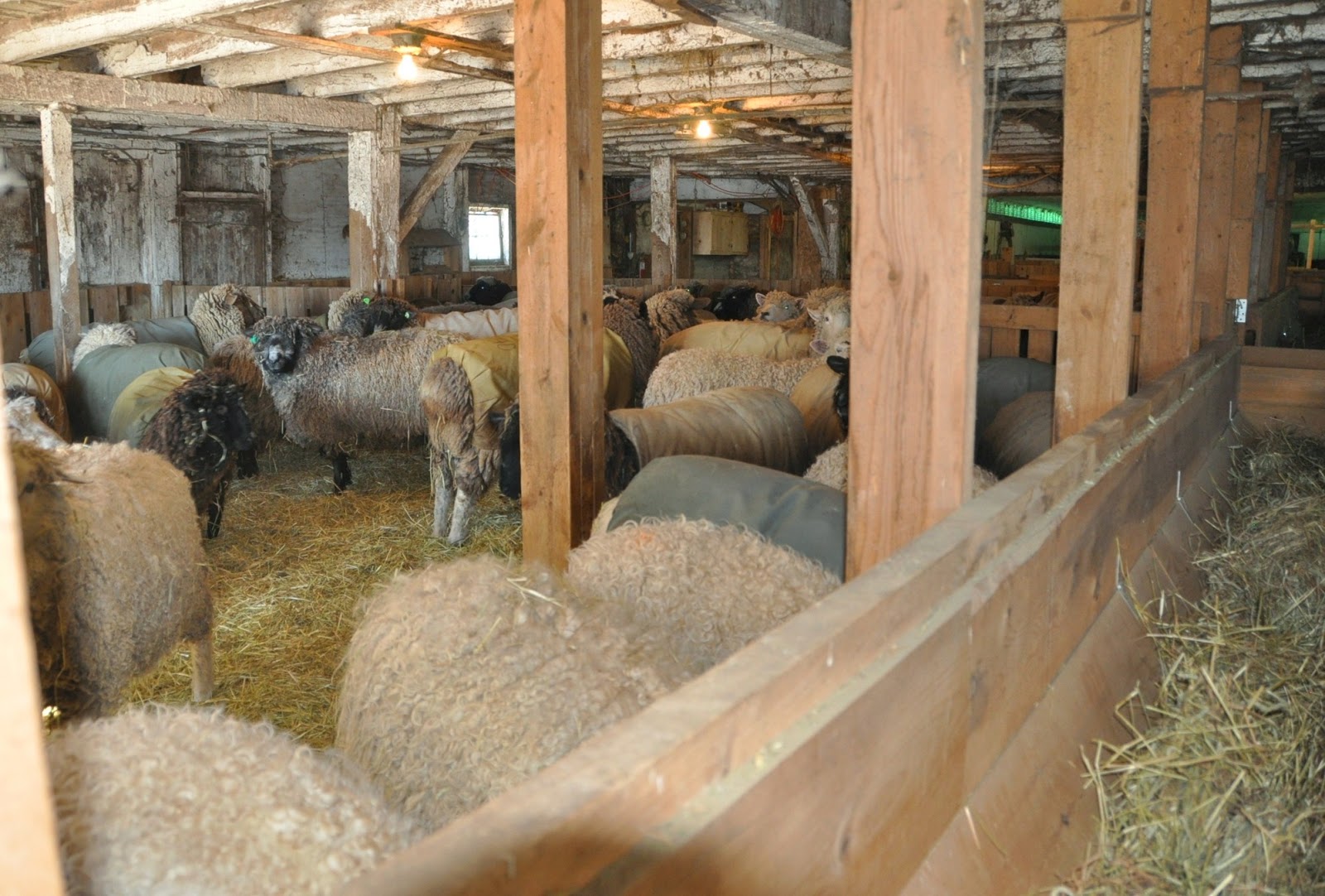 The lambs in particular were very interested in watching Andy go back and forth from the barn to the bunk. 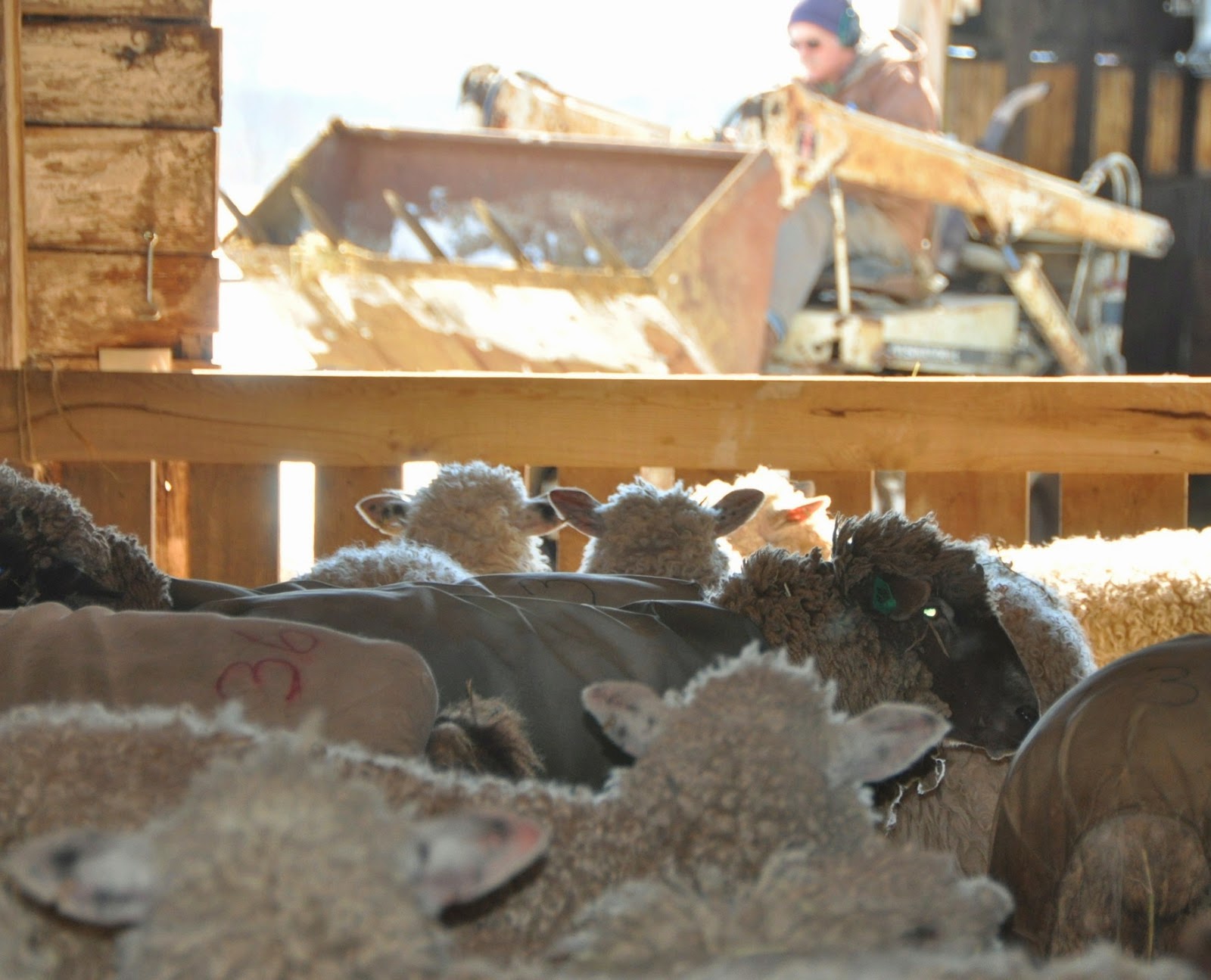 The older sheep weren't much interested as they've seen it plenty of times. 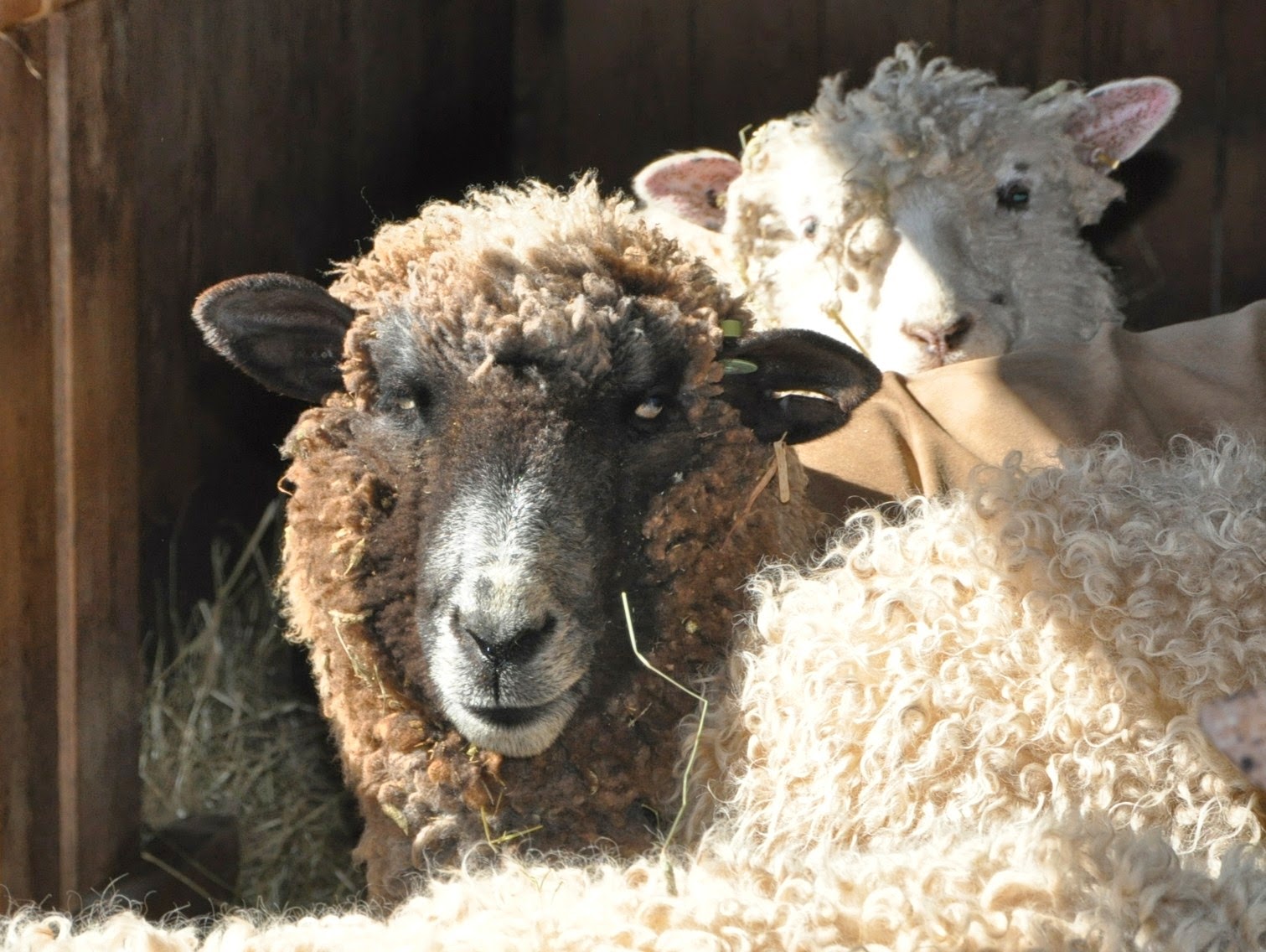 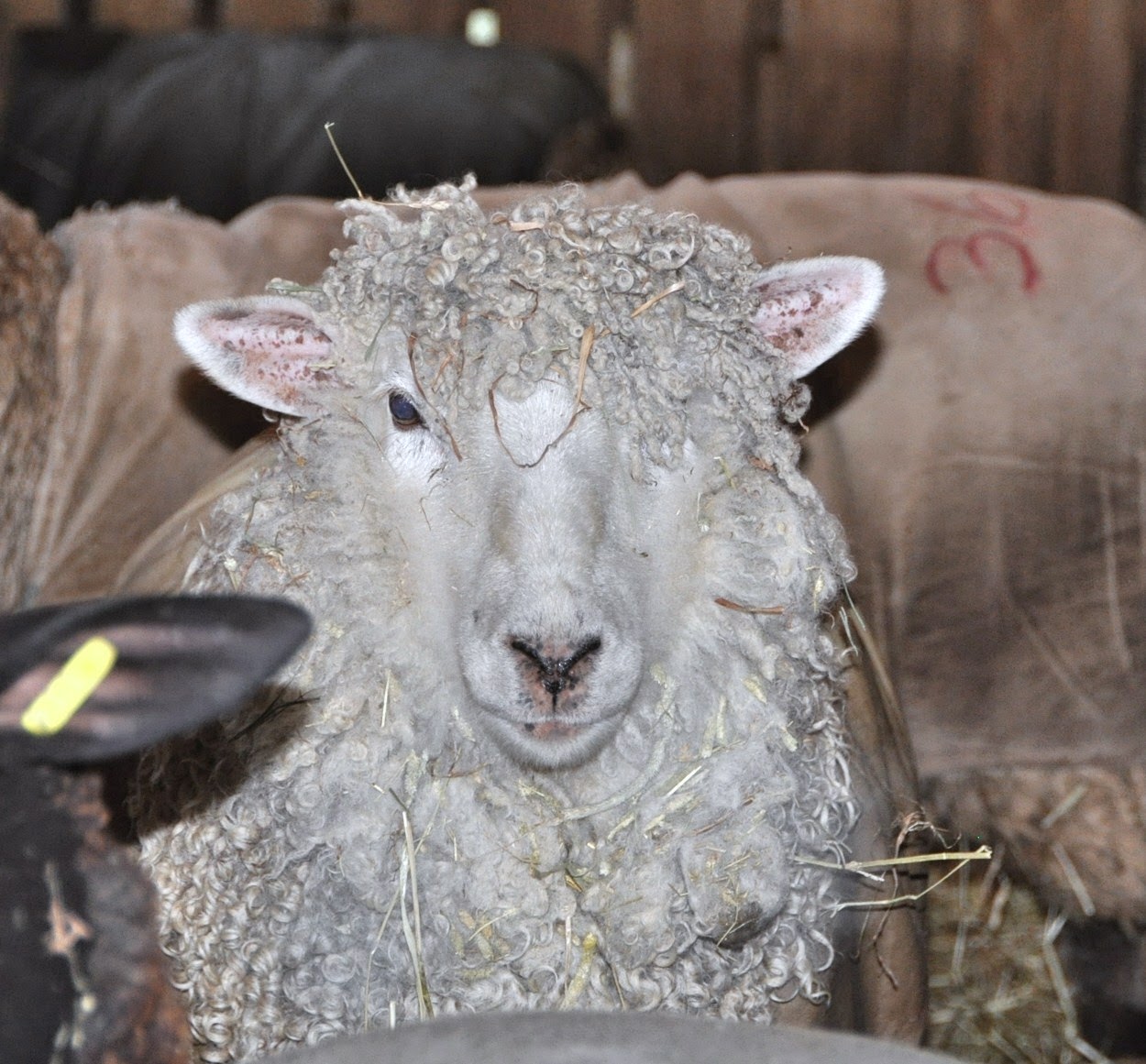 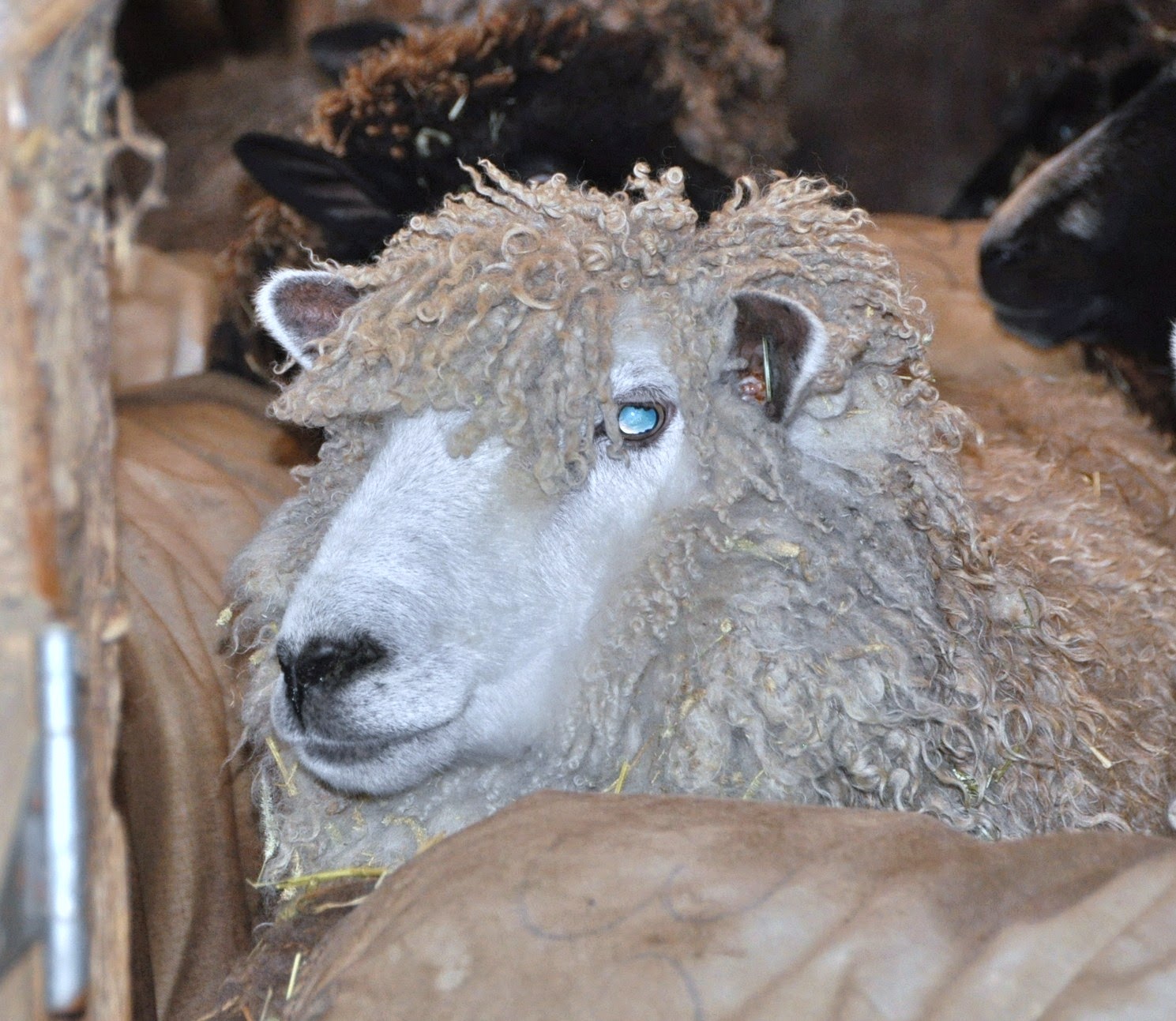 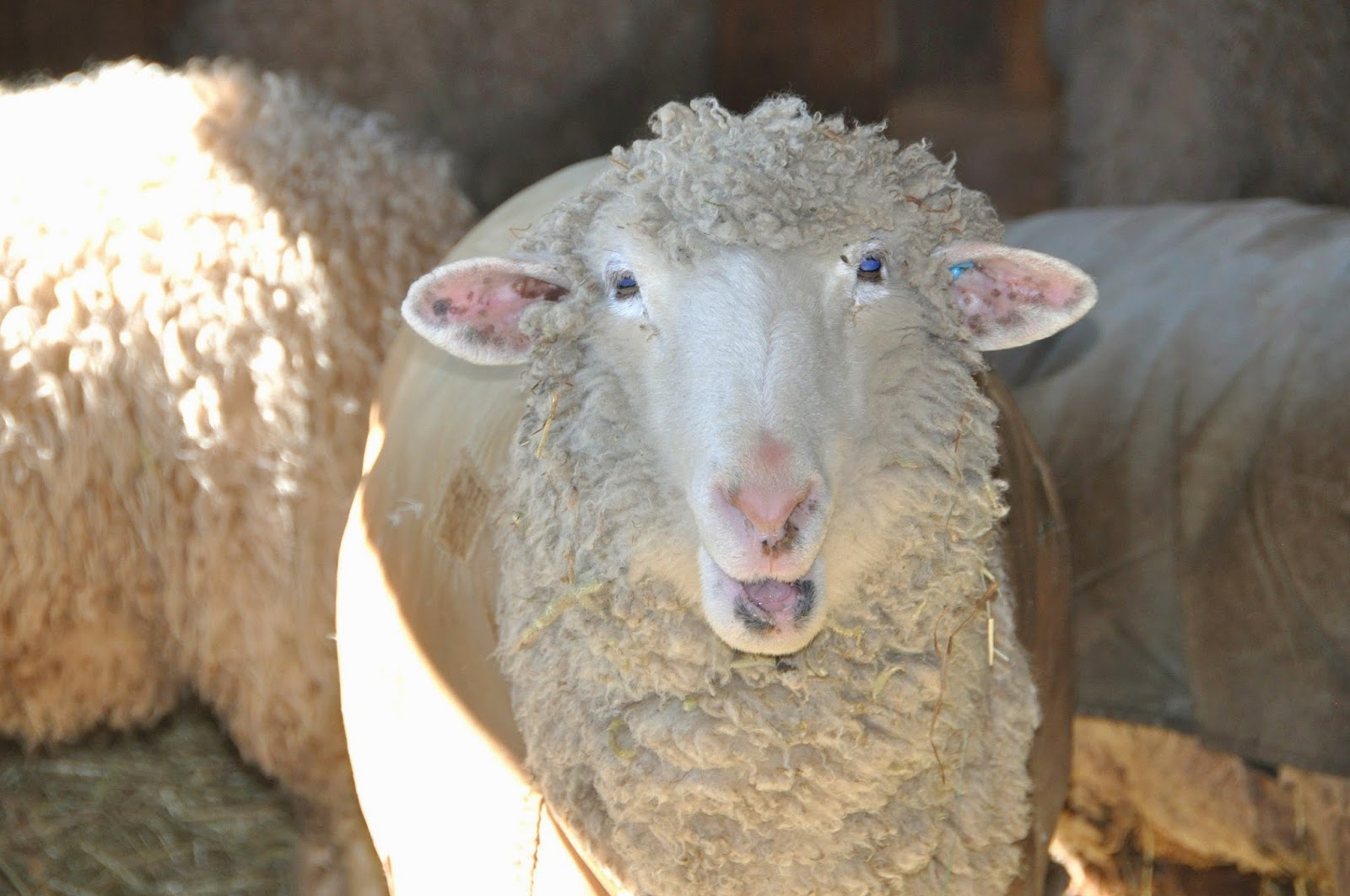 Bunny.  "I could tell you a thing or two about what goes on.  You don't get to be 12 without seeing stuff."

Remember Bunny, what happens in the barn stays in the barn!
Posted by Sheepmom at 7:11 PM