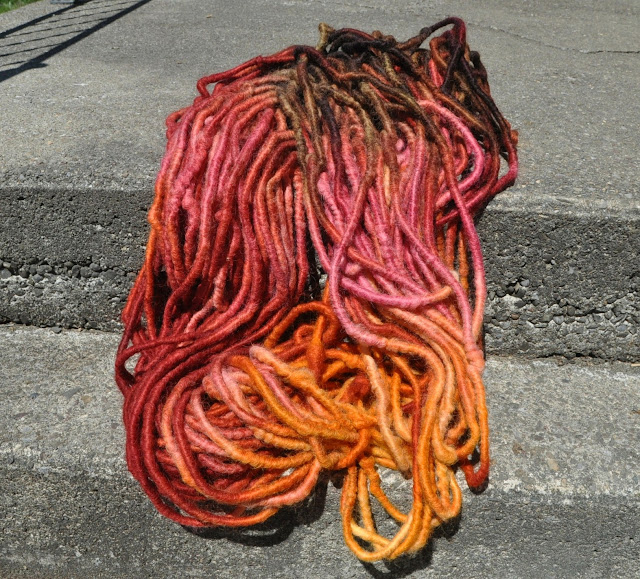 Where did THAT come from?  In the course of skirting Cotswold fleeces for handspinners, fleece shows and sales, making roving and having knitting yarn milled I accumulated a big bag of britch wool.  Most fleeces had only a handful on each hind leg that was different enough in character - coarser, that is - that it needed to be pulled out for nicest results.  But what to do with it?  There was nothing wrong with the fiber - strong, clean, long - just coarser than the rest.  Mustn't throw away wool........

So, I had Gurdy Run Woolen Mill whip up a batch of core spun rug yarn.  Core spun is produced by wrapping fiber around a core yarn, in this case cotton yarn was used.  The Cotswold really shows its luster in this preparation which I hoped it would. 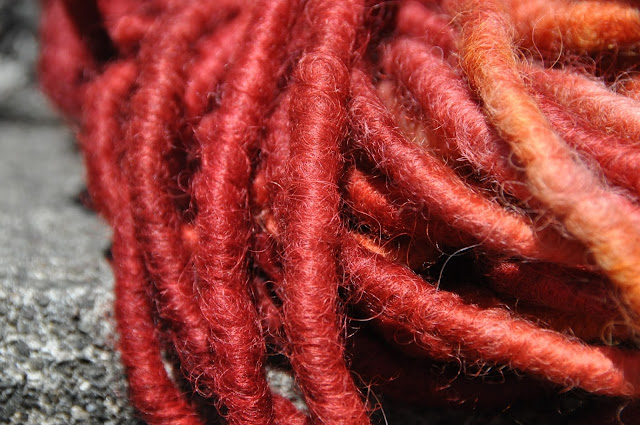 The yarn is big (2 wraps per inch) but it's not wrapped so tightly that it feels hard or wiry.  In some places it almost has a bit of 'poof' to it but the locks were all so long that there is no danger of it unwrapping or the core showing through. 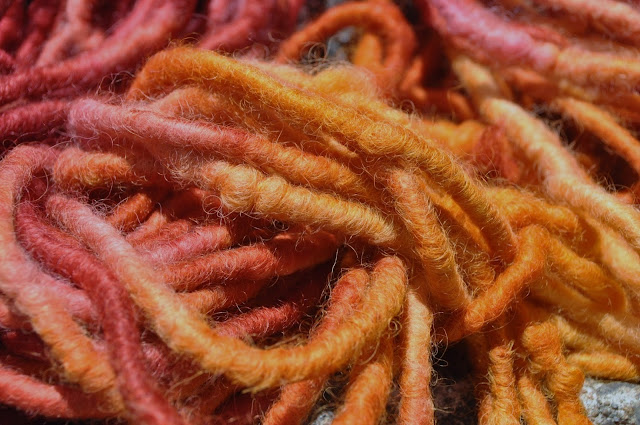 This batch was all white wool (cream or ecru really - Cotswold has a slight butter color undertone to it) so of course I wanted to see how it would be to dye.  I skeined one bump of 100 yards (just shy of two pounds!) and experimented with red, brown, gold and salmon in a turkey roaster pan.  I'm really happy with the blended shades and I achieved good saturation everywhere although I did have to put on gloves and press the yarn down here and there to get dye to well up and cover white spots. 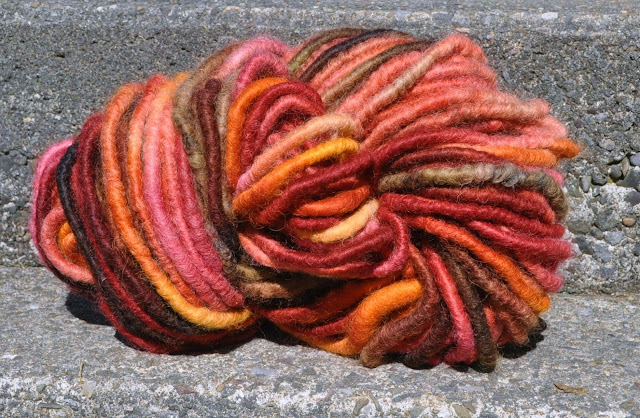 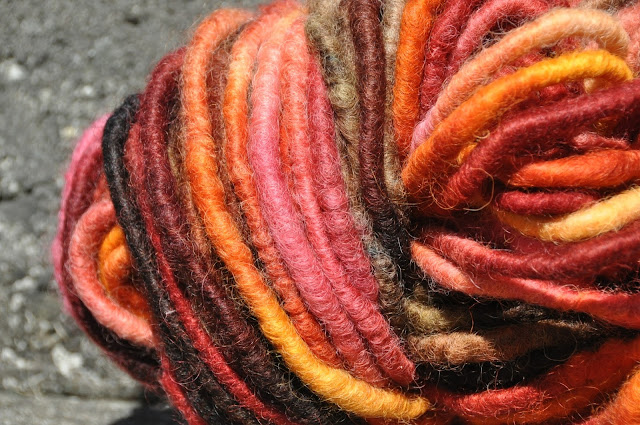 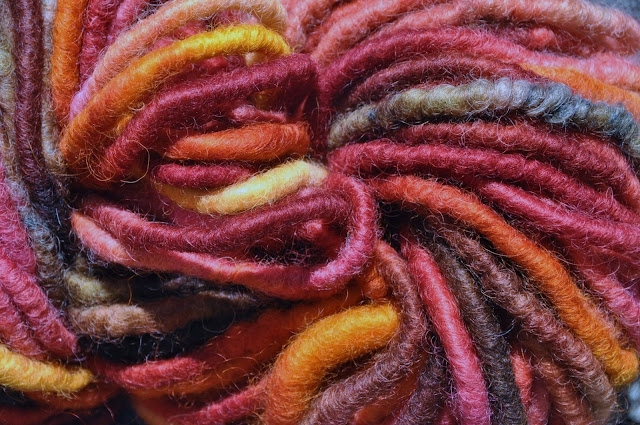 Well, now what?  It's a good quality item and I can have big fun dyeing it but I'll have to do a little R and D so that I can market it to best advantage.  Of course it's RUG yarn so it would be awesome to weave with, but weavers are a small percentage of the fiber artist community..... knitting though.... anyone can pick up knitting needles.... it would probably help a lot if I had some finished items to spark their inspiration.... hmmm....

That Andy whipped out a set of big double pointed needles for me to experiment with. 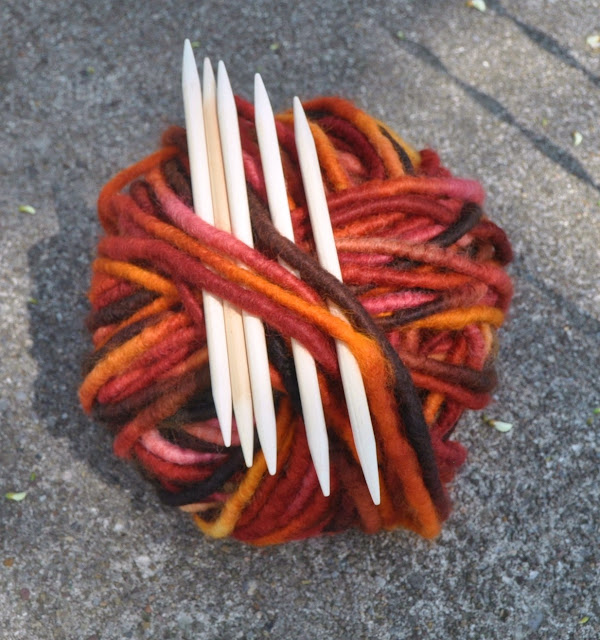