I'm going to drop all pretense of making a post with a story or plot.  Just assume this is the Reader's Digest Condensed Version (boy, did I just date myself) of the longer narrative and at least we'll get caught up.

We've separated the ewes into groups according to age and body type (and changed up some coats again).  Youngsters and geriatrics are getting a grain ration and the rest of the flock is too, but in smaller portions.   Dividing them into pens is safer (nobody gets trampled in a grain-induced stampede) although it does make for a bit more work on our parts.  The weather has been helpful in that most days the water will run and we don't have to schlep it with buckets.  Astonishing!  The hay is not the best quality due to conditions last summer preventing us from cutting it when it should have been, but an unattended bale is apparently plenty yummy. 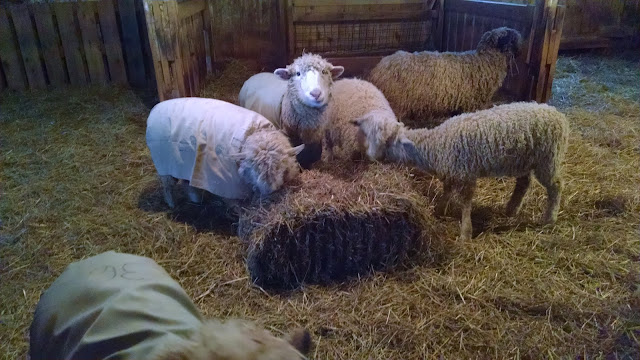 I've been working with the shearing from last year and got a new color back from Acorn Works - Tropical Seas -  and am very pleased with it. 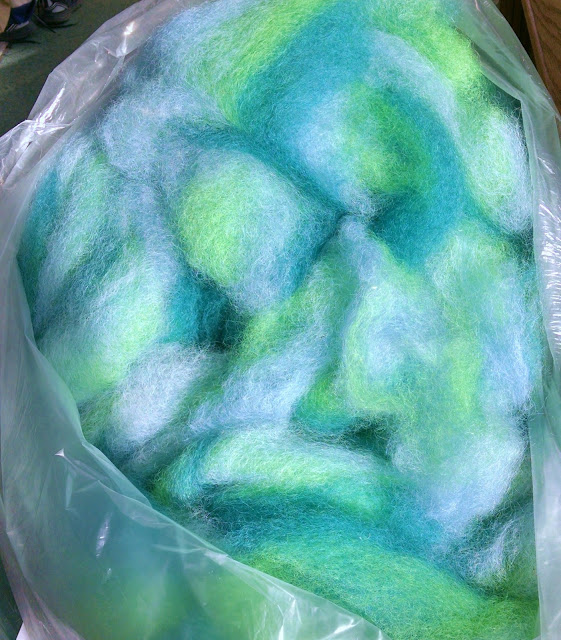 I've started dyeing for another 3-way color combo.  This part is going to be a dark plum-purple.  The dye broke into red areas and dark blue areas and the overhead lighting exaggerates the contrast.... blah blah blah.... it looks nicer in real life. 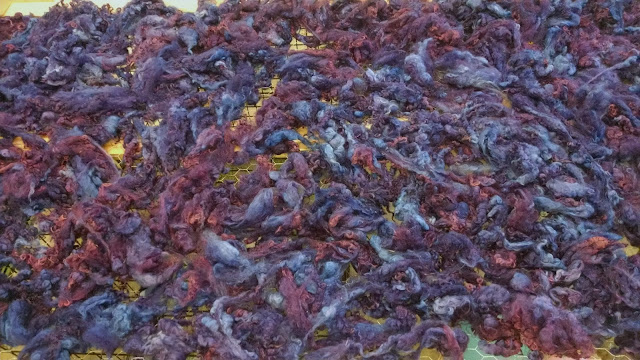 Quilt batting returned from Zeilinger's Mill.  This is the odds and ends from lots of fleeces that didn't look good enough to go into roving.  It can function as quilt batting or be used for felting or even spinning.  It's very free from VM and I think it would felt well, making a blank canvas to do cool things with. 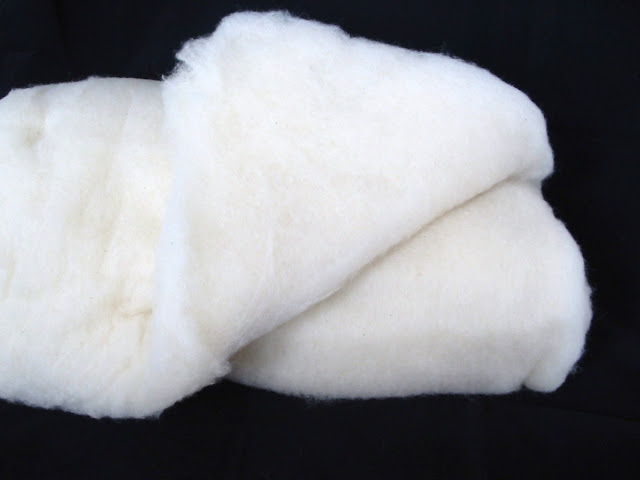 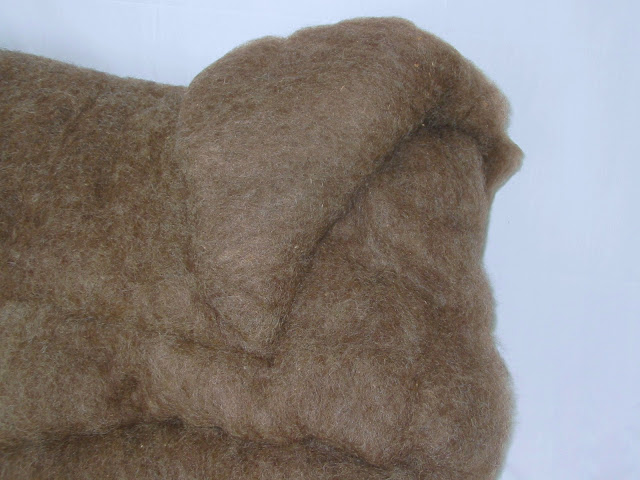 I skirted a couple of nice Cotswold fleeces that were still here - gray Gilly...... 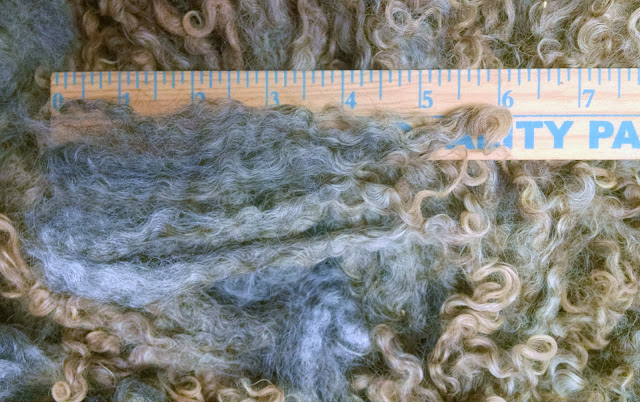 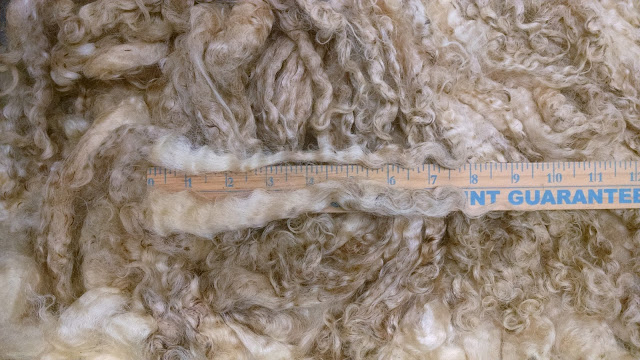 They both sold quickly on Facebook.  Yes, typical of the way I do things I'm firmly planted on the back side of the social media wave and have only just put Nistock Farms on Facebook.  Man, there's a lot of buttons, icons, doodads and nooks and crannies over there.....  Anyway, please stop over and "Like" our page.

I also skirted Crazy Cocoa Puff's fleece and that's still available if anyone is needing a gray fleece with variable crimp and texture!  It was a coated fleece so it's totally free of VM but has a split personality in grade and type.  Got multiple projects?  This fleece is ADHD and can multitask - maybe a sweater for you, a fulled tote bag and a saddle pad for your horse?  Just shoot me an email for details if interested.  robin AT nistockfarms DOT com. 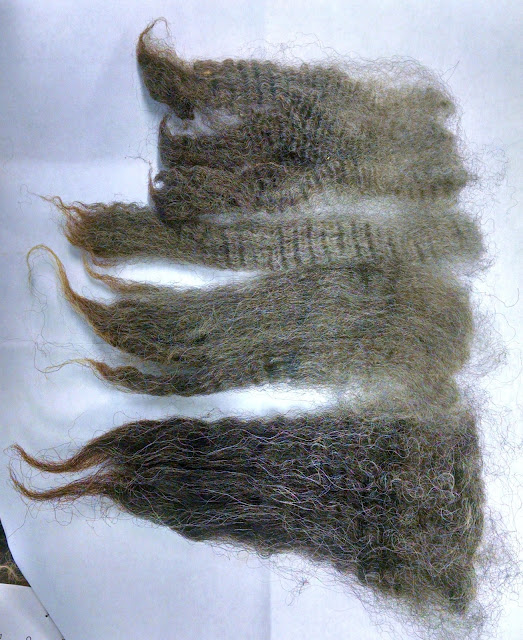 I finally finished spinning the last of Mr. Bill's fleece and hope to start plying the two giant bobbins. 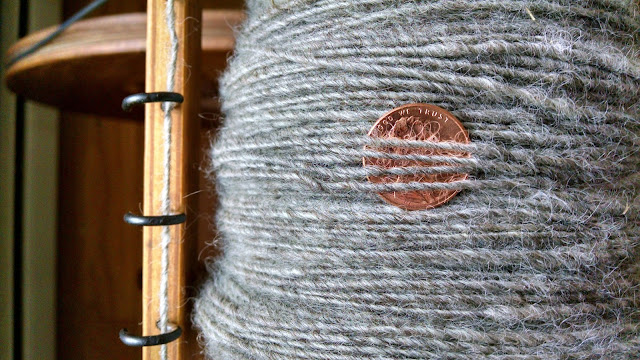 We had a streak of crazy warm weather that let us get to the woods to take down a few more trees.  Andy needs them for an order of grade stakes for a surveyor.  There was no snow.  Not one drop!  Bizarre, but at least in a useful sort of way. 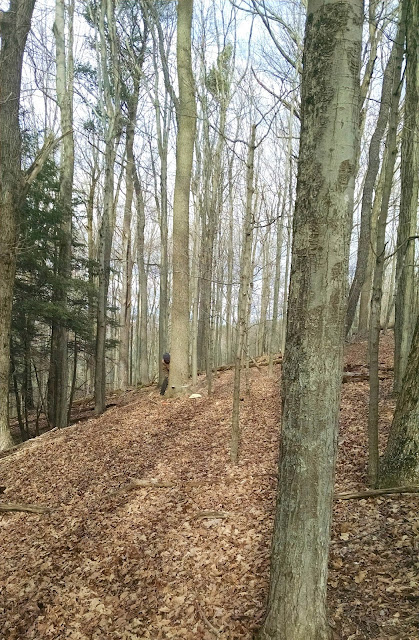 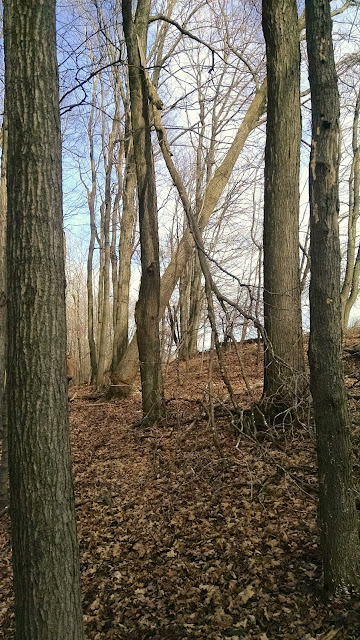 Popeye has grown into a sleek big cat and is back to his normal sassy self after being "tutored" in December.  I rescued him in June so he's probably about 10 months old now.  His left eye still looks like a marble and likely always will but it doesn't bother him and doesn't weep so it's no big deal.... at least for an indoor cat.  He can't judge distance for beans which would be a hardship outside. 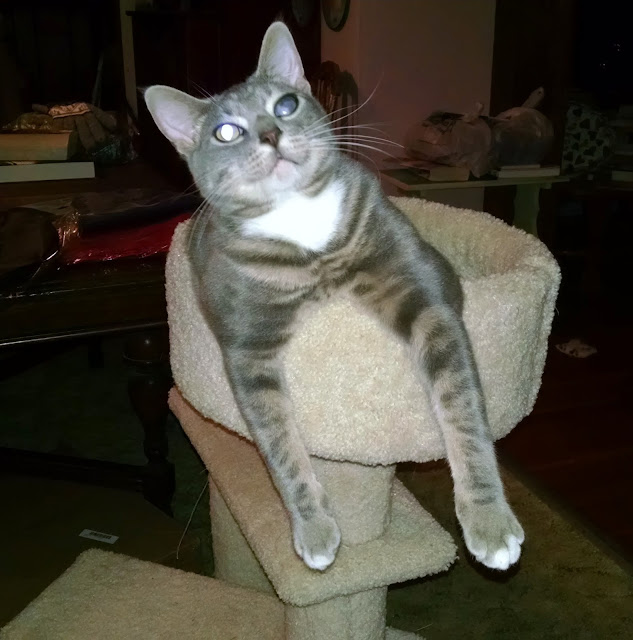 This morning it snowed about an inch so it looks wintery again.  Holly was thrilled.  She likes a little snow if there's sun. 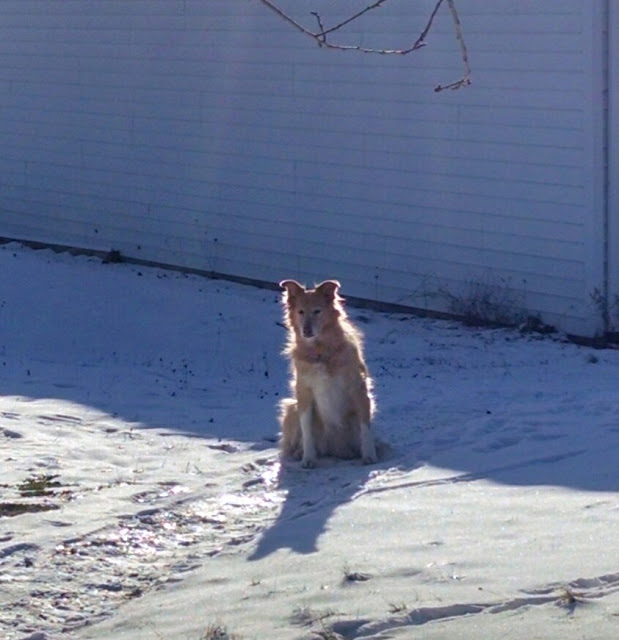 Looks like good weather to take a walk and plan the next task.  Always better with a dog!
Posted by Sheepmom at 7:20 PM