This time of year, when the sheep are fed indoors, chores become a structured routine and boy, do the sheep learn it!  While Andy starts mixing up the grain ration (everyone gets some now even though nobody's bred because the hay isn't the greatest) I go through each pen and pull the leftover hay stems out of the feeders and scatter them for bedding.  The pens with youngsters and old grannies and special cases, like Snubby, get better quality hay but also get grain too.  By the time I move on to the next group Andy is doling out grain and putting hay in the feeders.  We have the flock broken into five groups based on age and body condition and it just makes things less of a madhouse to have smaller groups contained so there isn't a huge stampede when the grain goes down.

The largest group is made up of the biggest, most robust adults and we shoo them outside entirely while servicing their area. 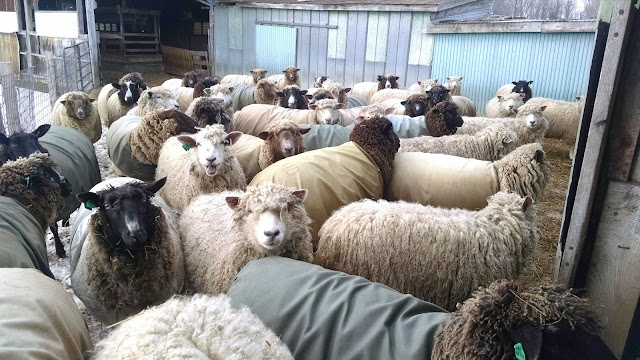 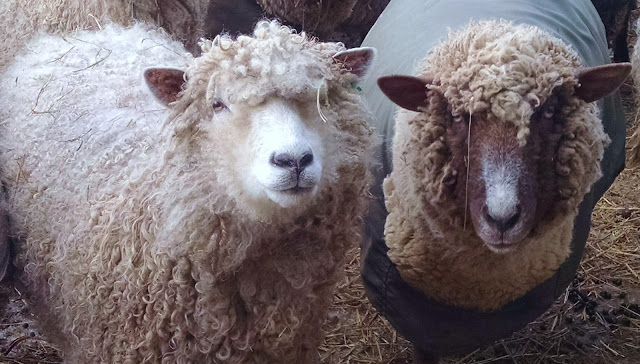 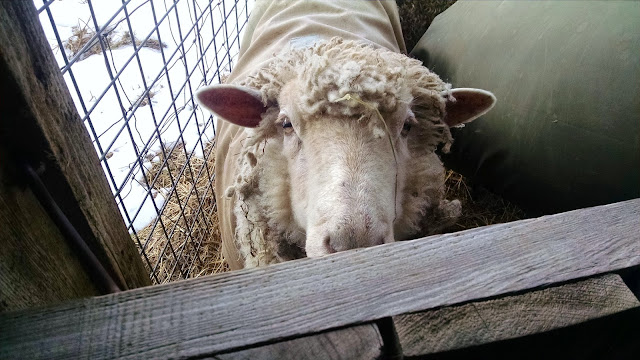 Snowflake:  "I will stare at you with my yellow sheep eyes.  It's bound to make you move faster!"

And when the bail on the bucket falls and makes a clink sound .......you can practically hear the collective gasp of anticipation. 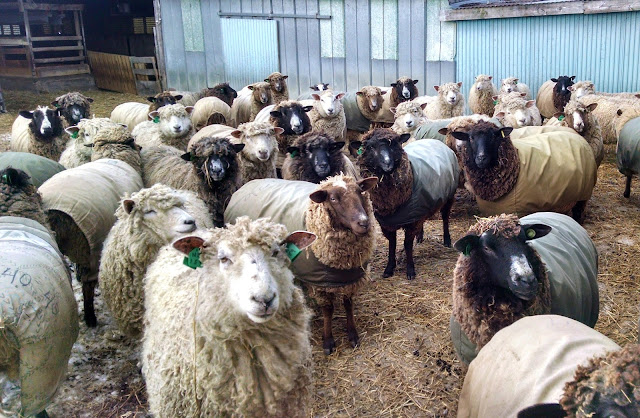 Clem was keeping one of the inside groups company. 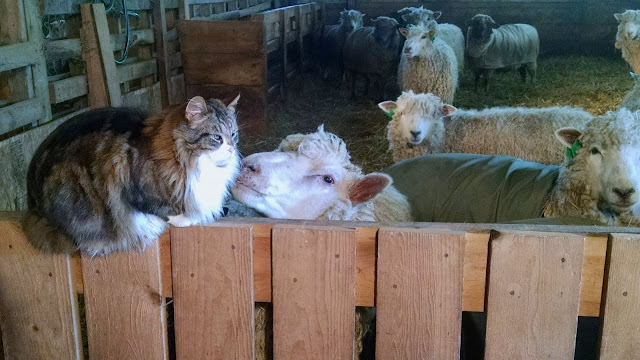 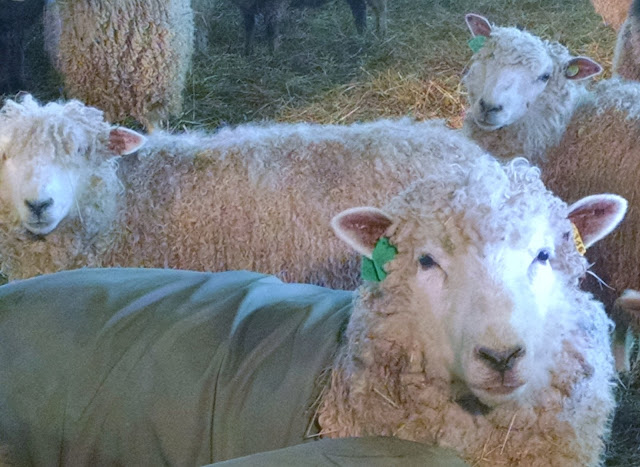 "We've tried an intervention - it didn't work.  She's a cataholic.  So sad to see right in broad daylight.  Before breakfast, even."

And then the morning feed gets distributed. 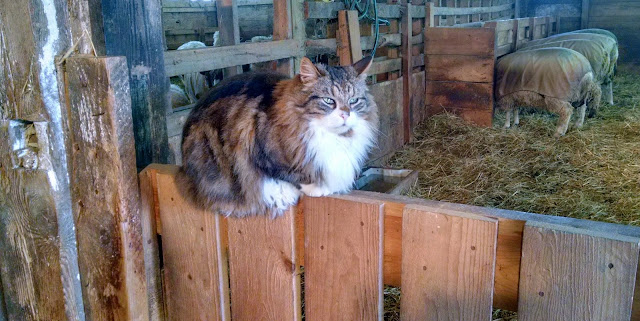 "She'll be back.  She always comes back.  They can't resist me."

And that's about as exciting as it gets here in winter.
Posted by Sheepmom at 6:46 PM