Poor old Ivan.  He's pushing 18 with a short stick but has been still perky and active.  I've noticed a bit more unsteadiness when he walks the edges of the sheep pens, a bit less ability to jump up from floor to the pen rails but he's always ready for a meal and has been going into the pasture behind the barn on sunny days to stalk around and do cat things.  Yesterday morning he wasn't on hand at chore time.  Very odd.  I did a quick look around in case he was sleeping and didn't hear us come in.  He's getting kind of deaf, too.  Holly located him under the sheep feeder.  There's a gap on the outside of the feeder where a cat can creep through and be safe and hidden.  Uh-oh.  Something's definately wrong.

A gentle exam at the vet's office confirmed what I had found - he was very very sore along the backbone and ribs.  There was no hindquarter involvement and he could walk and switch his tail OK but soooo sore.  Our guess is that he lost his footing and fell into the sheep pens - maybe on top of a resting sheep - and got trampled.  I'm sure the sheep wouldn't try to butt him or step on him on purpose, but leaping up startled.....  Or, it's possible he simply fell badly and broke a rib by himself.  Either way, he was in a lot of pain and could barely creep around.  Considering his age and heart murmur and thyroid issues we decided to do the most helpful and least invasive treatment so they gave him a hefty dose of dexamethazone (steroid for inflammation) and he's on strict cage rest in the wool shop.  If an animal hasn't given up on themselves we try not to give up on them either. 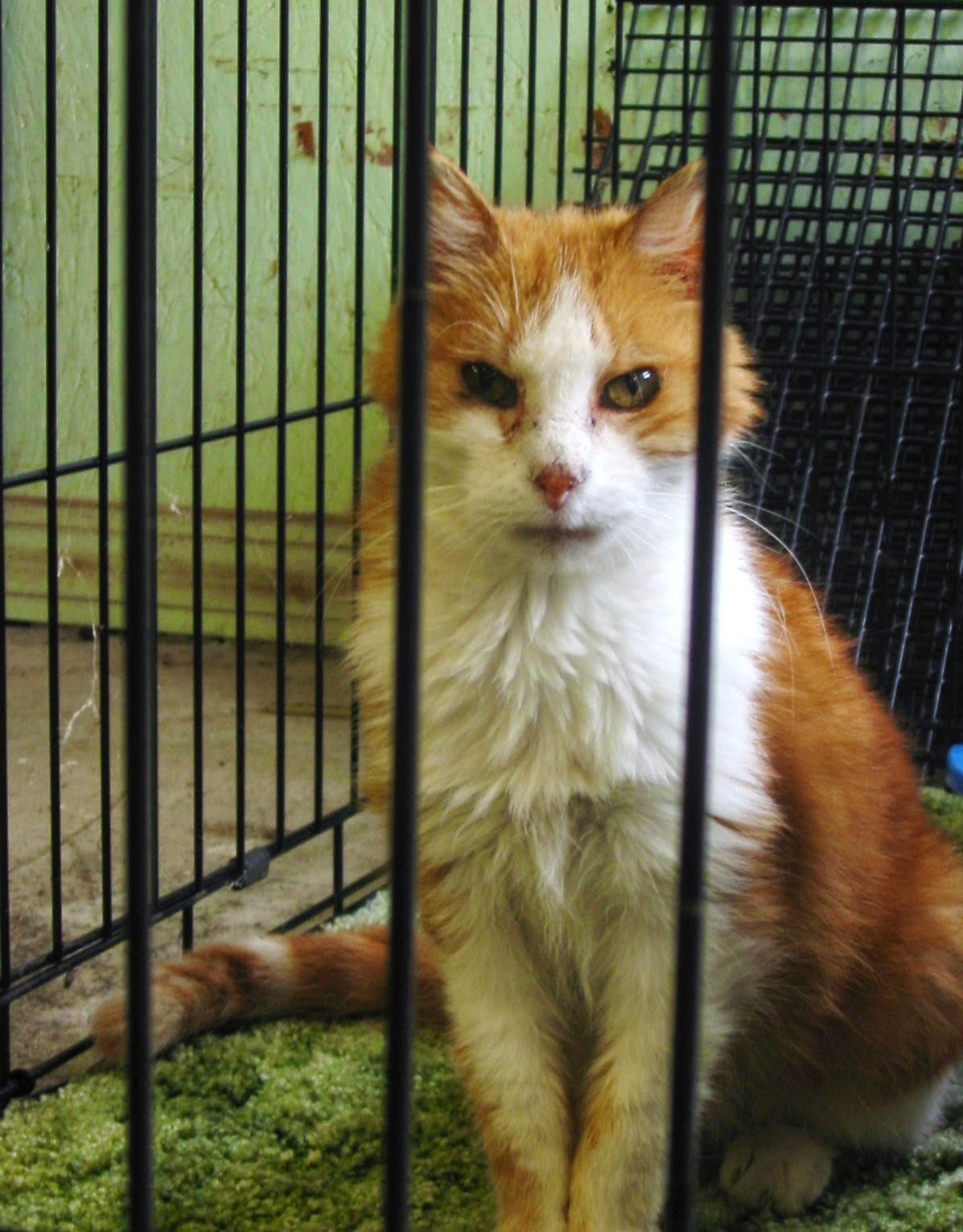 "I'm in a cage, but I'm sitting on carpet with a food bowl in paw's reach.  Meh.  It could be worse."
His appetite is good and he's using the litter pan so I'm taking it as a good sign. 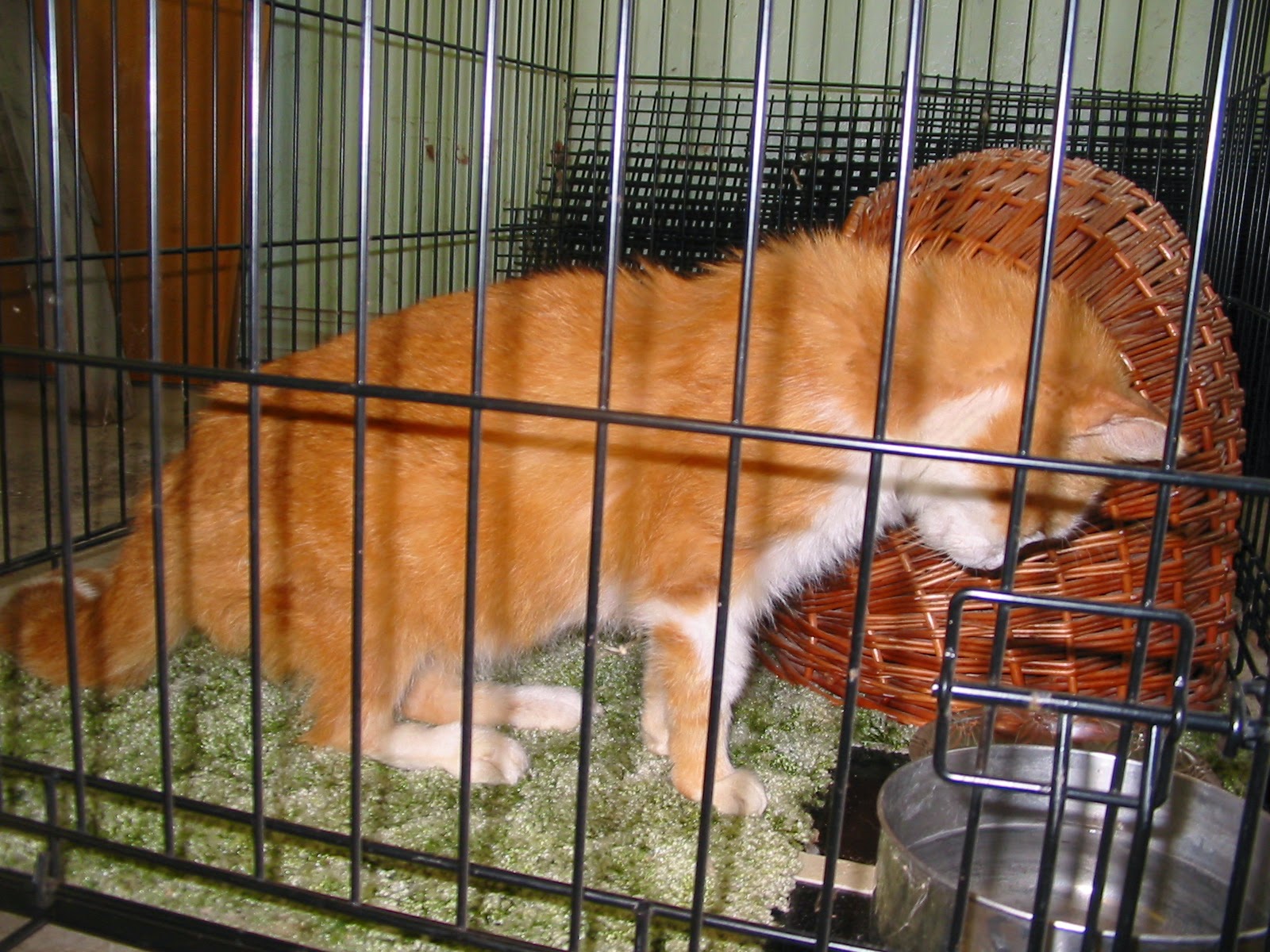 "This must be that magical tasty canned food I've heard of." 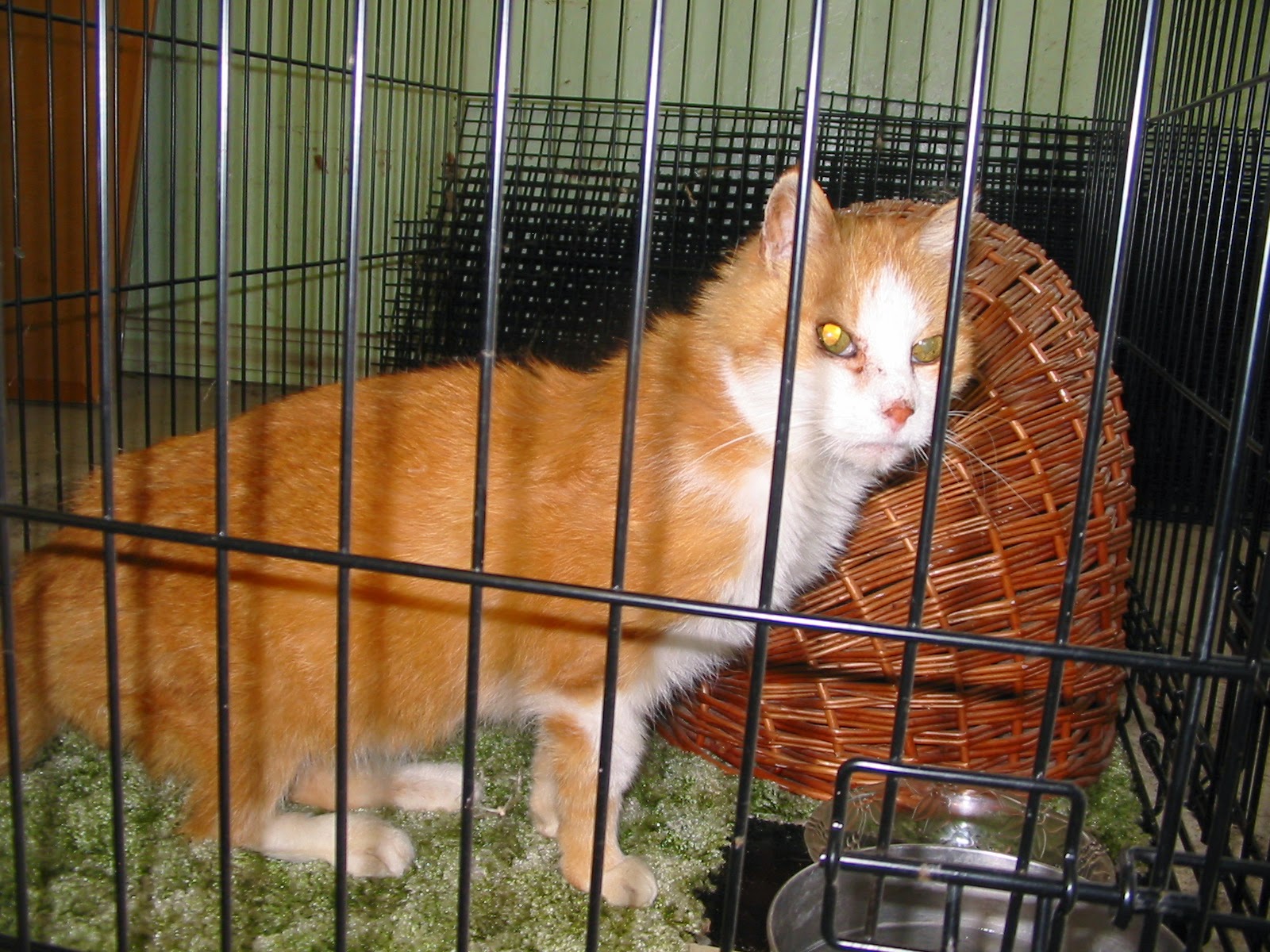 "Could you warm it up a little or something?"
"Old age ain't no place for sissies". - Bette Davis
Or old cats. 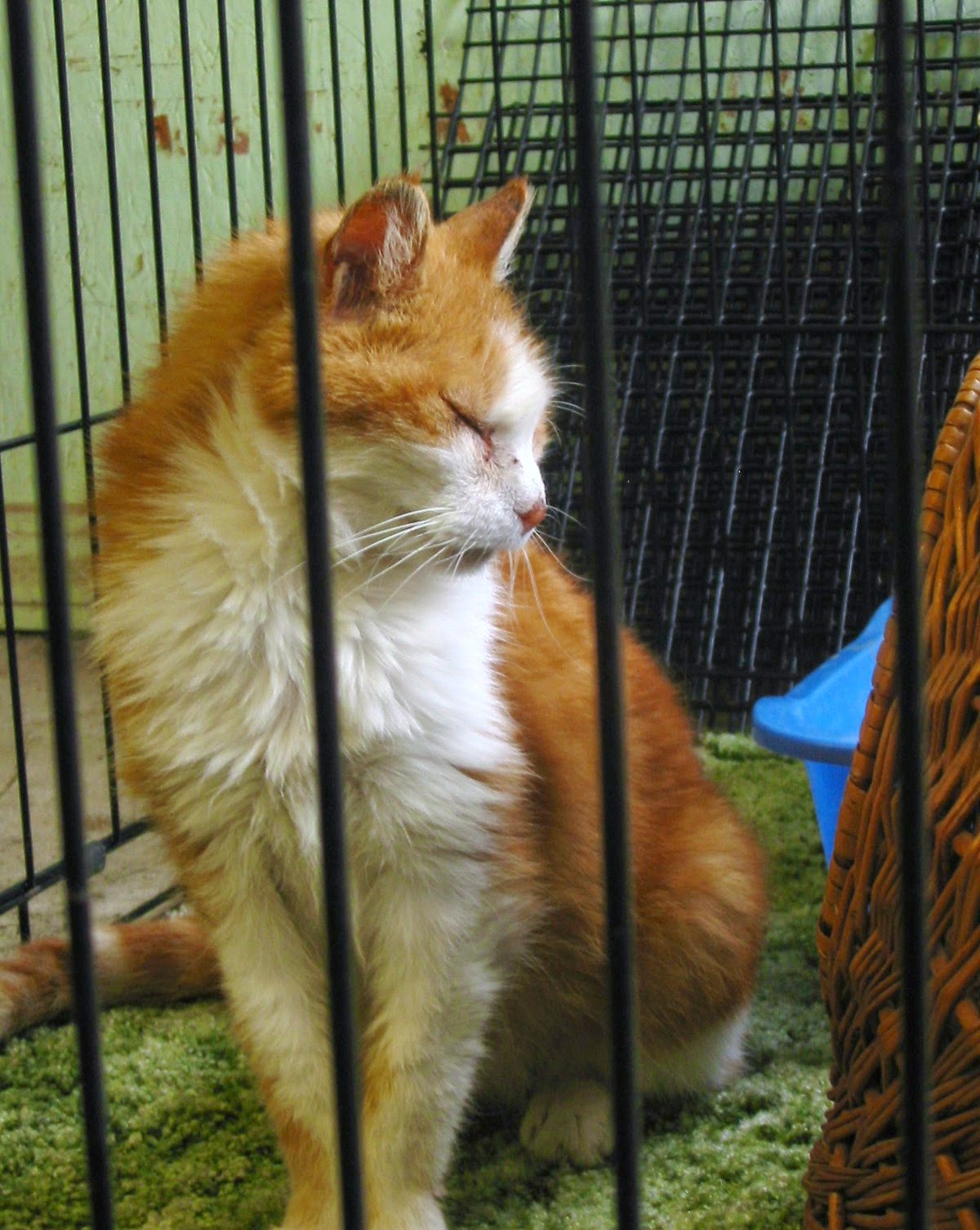